As was to be expected, the ETA members were not going to be the only ones convicted of serious crimes who are trying to avail themselves of the new European doctrine that other former members of ETA are already benefiting from in order to be acquitted in court. 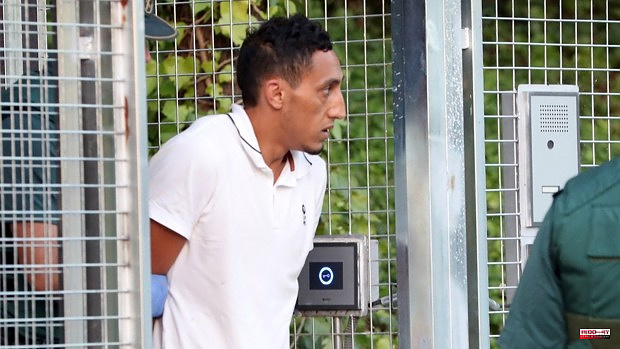 As was to be expected, the ETA members were not going to be the only ones convicted of serious crimes who are trying to avail themselves of the new European doctrine that other former members of ETA are already benefiting from in order to be acquitted in court. Those convicted of jihadist terrorism are also beginning to invoke that ruling of the European Court of Human Rights (ECHR) in favor of ETA member Xabier Atristain to try to annul the sentences imposed by the courts. For example, due to the attacks in Barcelona and Cambrils (Tarragona).

The lawyer of one of those convicted of being a member of the jihadist cell that committed these attacks in 2017 has already submitted a brief to the National High Court trying to use the 'Atristain doctrine' to annul all the actions against his client, Driss Oukabir, after to his arrest, as confirmed by Ep.

In that brief addressed to the Criminal Chamber, Oukabir's lawyer maintains that, as in the case of ETA member Xabier Atristain, his client was subjected to incommunicado detention that deprived him of preparing his defense with a lawyer chosen by himself . Just a year ago the National Court sentenced him to 46 years in prison for his participation in the Barcelona and Cambrils attacks.

His lawyer's brief before the National Court invokes the ECHR ruling in favor of Atristain, assuring that "the substance of it has to do with the application of the period of incommunicado detention for a detainee for the crime of terrorism, a fact that occurs with my represented Driss Oukabir and with the way in which this regime was applied».

The same lawyer insists that "the incommunicado regime to which Oukabir was subjected also deprived, like Atristain, of the total services for his legal assistance --preparing, organizing and discussing his defense-- that Europe demands to put at his disposal. provision". And that is why he points out that the evidence obtained against his client during incommunicado detention was obtained irregularly, despite which it was "essential for the investigation of the facts and his subsequent conviction." Thus, this lawyer urges the National High Court to annul these tests and, consequently, the sentence of 46 years in prison that he imposed on his client by virtue of them.

It must be remembered that what the lawyer for this convicted jihadist terrorism is now demanding is similar to what the National Court has already used to acquit the ETA members Juan Carlos Iglesias Chouzas, alias 'Gadafi', and Gorka Palacios de two separate attacks in 1991 and 2001. And it has done so with acquittal sentences drawn up by Judge José Ricardo de Prada based on the same European doctrine that Oukabir's lawyer now invokes.

In addition, another former head of ETA, such as Iratxe Sorzabal, has also invoked that same European ruling to appeal to the Supreme Court the 24.5-year prison sentence imposed on her by another section of the National High Court last February.

1 The EU Court provisionally returns parliamentary immunity... 2 France team: "It's good to go there but... 3 With the reservoirs at level 3, the Ribereños trust... 4 Football: in response to the attacks, the referees... 5 Cinema: Karim Benzema soon to star in "4 Zeros" 6 Bayern attacks Barça for Lewandowski 7 Sinn Féin defends a future of Ireland united within... 8 Football: Kurt Zouma pleads guilty to mistreating... 9 UGT highlights that 41% of the unemployed in Castilla-La... 10 The French go to the cinema less and the CNC is trying... 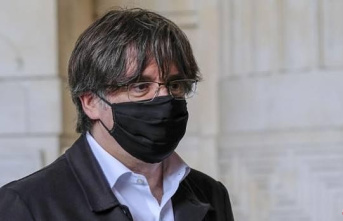