Bayern Munich are not liking the turn that the Lewandowski case is taking, with the footballer requesting an exit and Barcelona trying to sign him. 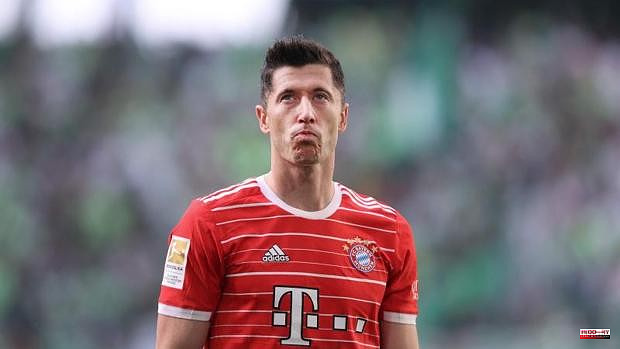 Bayern Munich are not liking the turn that the Lewandowski case is taking, with the footballer requesting an exit and Barcelona trying to sign him. From Germany crosses are made of how a club with the economic and financial situation of Barça can consider the signing of the Polish star. On this occasion it has been the honorary president of the Bavarian club who has not held his tongue. “They are supposed to want to sign Lewandowski. A year ago they had a debt of 1,300 million. They have to be artists. In Germany they would have already had to declare insolvency, ”said the leader in statements to the NTV and RTL channels.

Hoeness has been blunt and convinced that the striker will fulfill the contract he has signed with Bayern and that expires on June 30, 2023.

For the German president, Lewandowski will not move from Munich until next season despite the player's wish to leave this summer. "I don't know anyone at Bayern who is willing to let Robert go before he fulfills his contract. Everything indicates that a substitute has not been found. That is why the position is clear », He insisted.

Although the player's agent, Pini Zahavi, is pressing for Lewandowski's release, Bayern's official stance remains firm that they will not let him go. In Munich they do not fear that the footballer can leave with the freedom letter in 2023, when he is free. "If he stays, he plays well and feels good in Germany, there may come a day when he says: 'I really like being here, he stayed with me for two or three more years,'" Hoeness slides. “The quite likely decision not to let him go now does not mean that he will not continue playing with us in the 2023-24 season. He and we will have a year to assess things », he insisted.

1 Sinn Féin defends a future of Ireland united within... 2 Football: Kurt Zouma pleads guilty to mistreating... 3 UGT highlights that 41% of the unemployed in Castilla-La... 4 The French go to the cinema less and the CNC is trying... 5 Roland-Garros: Andreescu chambers his opponent after... 6 Roland-Garros: Cornet too strong for his opponent 7 Kylian Mbappé has lost 700,000 followers on Instagram 8 Roland-Garros: Ivashka and Paire explain themselves... 9 Mercato: Salernitana "would love" to recruit... 10 Roland-Garros: Medvedev expeditious, does not give... 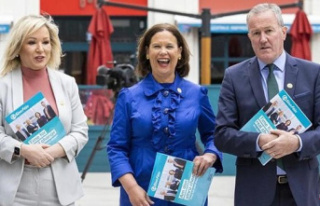 Sinn Féin defends a future of Ireland united within...