South Korea announced Wednesday that it had launched its first solid-fuel rocket. This was a significant step towards acquiring space surveillance capabilities in the face of rising animosities with North Korea. 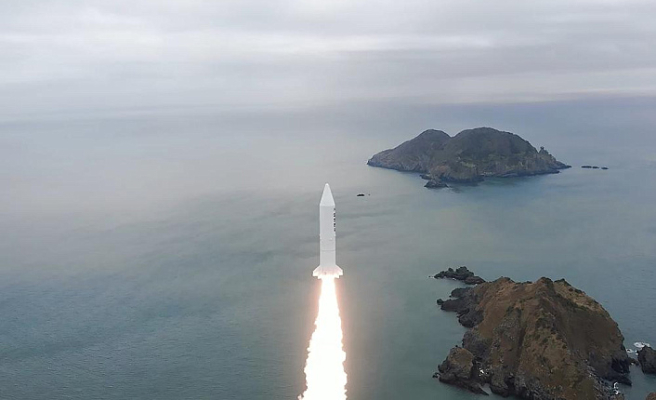 Six days earlier, North Korea launched its first intercontinental missile launch since 2017. This was in apparent effort to increase its arsenal of weapons and pressure the Biden administration during stalled disarmament negotiations.

According to photos released by Seoul’s Defense Ministry, the solid-propellant rocket from South Korea soared into space before releasing a dummy satellite. According to a ministry statement, Defense Minister Suh Wook along with other high-ranking officials witnessed the liftoff.

Solid-fuel rockets are faster to launch, easier to build and more affordable than liquid-fuel rockets. The ministry announced that South Korea will soon launch a satellite spy into orbit on a solid fuel rocket.

South Korea has no military reconnaissance satellites and relies on U.S. spy spacecraft to monitor its strategic facilities.

The 2020 consent of the United States was granted to South Korea to use solid fuel in space launch vehicles. This removes a restriction Washington previously placed on its Asian ally, out of concern that it could trigger an arms race and increase the size of missiles. The United States removed other restrictions last year to allow South Korea missiles of unlimited range.

In return for missile technology from the U.S., South Korea had accepted the 1979 restrictions.

The Defense Ministry of South Korea concluded earlier in the week that North Korea used a previously tested Hwasong-15 ICBM ICBM instead of the newer, larger, more powerful and longer-range Hwasong-17 it claims to have tried. It flew further and longer than any previous North Korean missile launch, putting all of the U.S. within striking distance. This was North Korea's most prominent launch since the Hwasong-15 test in Nov 2017.

The South Korean statement stated that the successful test-launches of the solid fuel space launch vehicle was a significant milestone in the military's efforts (to) build a unilateral space-based surveillance and defense system.

Recently, North Korea said that it had tested cameras for a spy satellite. Experts say that although it has launched two satellites for Earth observation in recent years, there is no evidence they transmitted images.

South Korea's first liquid-fuel space rocket was launched last year at the desired altitude, but it failed to place a dummy payload in orbit during its first test launch.

Since 1945, when they were divided in World War II, the border between the rival Koreas is heavily fortified. South Korea has been investing in high-tech weapon systems, including stealth fighter jets, to counter the increasing threat from North Korea. South Korea does not have nuclear weapons, and it is protected by the U.S. "nuclear blanket," which ensures a devastating American response to any attack on its ally.

1 El Salvador forces encircle neighborhoods in gang... 2 Clever gardening: these plants in your bed are stronger... 3 How you can finance a real estate purchase 4 Russian reporting rules impede, not muzzle, journalists 5 Russia blames Ukraine for fuel depot blast; Kyiv denies... 6 Pope issues historic Indigenous apology for Canada's... 7 Russia: Russia pushes to pay gas in rubles, not disrupting... 8 The UK is suffering from high energy prices. It is... 9 7 Engineering and Technological Advances From All... 10 Could The Future Of Web3 Have Local Communities Determining... 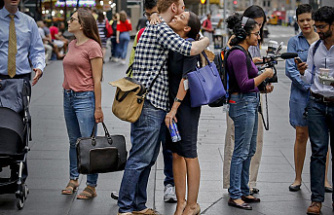