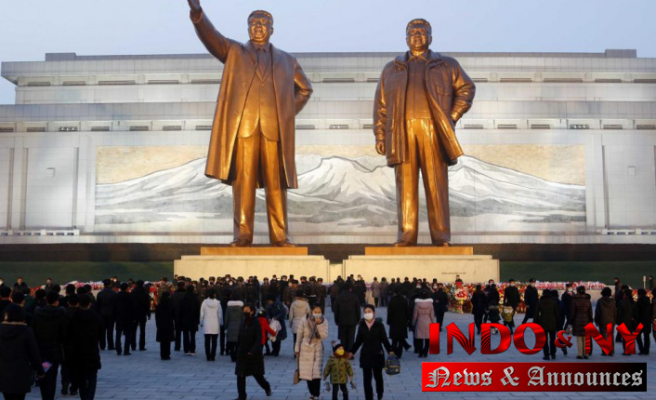 Kim Jong Un, 37 years old, has held the position of leader of North Korea for 10 years since the death his father. Despite the massive economic shocks wrought by anti-virus measures that are severe and long-dormant diplomatic relations with the United States of America, North Korea is stable and shows few signs of instability.

Some observers believe that Kim Jong Un's long-term stability could be in doubt if he doesn't take steps to resolve the continuing difficulties and improve the public's livelihoods.

As a three-minute siren blared, North Koreans lowered their heads in reverence for Kim Jong Il. Ships, cars, and trains blew their horns. National flags were reduced to half-staff. Thousands of people climbed Pyongyang’s Mansu Hill to place flowers and bow to the giant statues of Kim Jong Il, and Kim Il Sung.

Choe Ryong Hae, a senior North Korean official, called Kim Jong Il the "parent of our people", who created the potentials for North Korea's military and economic might. Choe, who was under Kim Jong Un, stated that North Korea's "strategic position" has been improved and asked the public to "faithfully support" his leadership.

Won Jong Rim, a Pyongyang citizen, also said to the Associated Press Television News, "our great general (Kim Jong Il), went through so many hardships, pushing his way down such an arduous road, to build a paradise, achieving the people's desires."

Kim Jong Un has paid tribute to the mausoleum in which his grandfather and father are buried. However, the state media did not say whether he was there this year.

Kim Jong Il's 17 year rule was overshadowed in 1990 by a famine that claimed hundreds of thousands of lives and international isolation due to his nuclear ambitions. For the first few years of Kim Jong Un’s rule, North Korea's economy showed a slow but steady growth. However, the effects of the coronavirus pandemic and mismanagement resulting from Kim's missile and nuclear test have had a devastating effect.

China is North Korea's largest trading partner and economic pipeline. Its trade with China shrank by around 80% last year, before falling by two-thirds in its first nine months of the year. According to South Korean government estimates, last year saw the North's largest contraction since 1997. Meanwhile, its grain production dropped to its lowest level in over a decade.

Kim is refusing to resume talks with Washington or Seoul. Kim has called for a stronger economy that is self-reliant, while imposing strict virus restrictions (including two years of border closures) and building an independent economy. Analysts fear that Kim's country's failing public health system will not be able to handle a major outbreak of a virus. However, he claims that North Korea is free from coronaviruses.

"North Korea cannot avoid strong international sanctions unless it accepts denuclearization negotiations with the U.S. North Korea must maintain its isolationist measures due to COVID-19 spreading. International cooperation is essential. "And this is a North Korean problem," Cheong Seong Chang, analyst at the private Sejong Institute in South Korea, stated in a recent paper.

Kim considers North Korea's nuclear arsenal to be the heart of his rule. He calls it "a powerful treasured weapon" that deters any U.S. aggressions.

According to Seoul's Unification Ministry, North Korea conducted 62 rounds in ballistic missile testing during his 10-year reign. These tests are prohibited by numerous U.N. Security Council resolutions. This number compares to the nine rounds of tests performed by Kim Il Sung during his 46-year reign and 22 rounds under Kim Jong Il's seventeen-year reign. Kim Jong Un was responsible for four of the six North's nuclear tests as well as its three intercontinental missile launches.

"North Korea celebrated the 10 year anniversary of Kim Jong Il's death with public ceremonies and propaganda. Leif-Eric Easley, an Ewha University professor in Seoul, said that Kim Jong Un's efforts to chart out a credible path towards economic recovery and post-pandemic diplomacy will be even more significant.

1 Fears of COVID-19 thwart holiday season hopes -- again 2 The Secret Behind Miss America's First Ever Pageant... 3 "The King's Man" Is Fun if You Turn... 4 Is Morbius MCU or not?  5 Tyler Perry in an accident 6 Variety 7 Spider-Man: Spider-Man's Return to Home is a... 8 Tristan Thompson's Lawsuit Against Woman Claiming... 9 Milla Jovovich thanked her fans for being there as... 10 Hollyoaks Christmas spoilers - Two big exits, Darren’s... 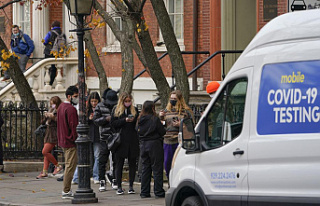