The U.N. announced Monday that the number of methamphetamine tablets found in East and Southeast Asia was more than a billion. 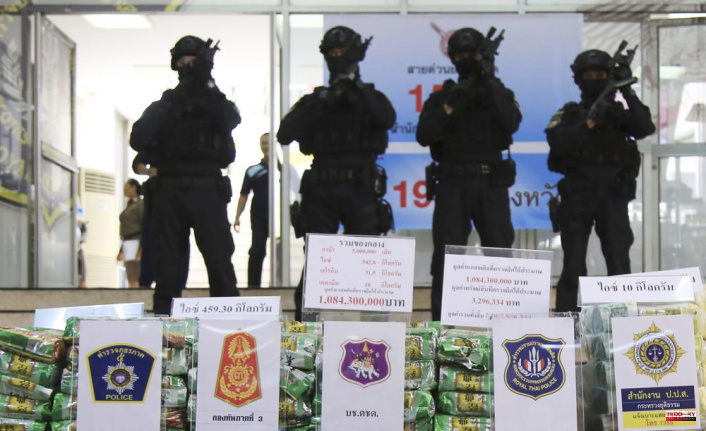 The U.N. announced Monday that the number of methamphetamine tablets found in East and Southeast Asia was more than a billion. This highlights the scale of drug production and trafficking in the region, and the challenges in fighting it.

The estimated 1.008 billion tablets, which weigh approximately 91 tons, were part of a regional haul that included almost 172 tons methamphetamine in all forms. It was seven times more than what was seized 10 years ago, according to a U.N. Office on Drugs and Crime in a report.

"I believe the region is literally drowning in methamphetamine," stated Jeremy Douglas, Southeast Asia regional representative of the U.N agency. He spoke at a Bangkok news conference to unveil the report "Synthetic drugs in East and Southeast Asia".

Douglas stated, "So East Asia will have to make a major policy shift to address this problem"

These drugs are mostly consumed in Southeast Asia. They are also exported to New Zealand, Australia, Hong Kong and Korea in East Asia and, increasingly, to South Asia.

Douglas shared the following information with The Associated Press via email: "Production of and trafficking in methamphetamine jumped again as supply became super concentrated at the Mekong River region and in particular Thailand and Laos," Douglas said to The Associated Press.

According to the report, increased production makes it cheaper and easier to obtain the drug, which creates greater risk for people and their communities. Douglas claims that a meth tablet was five to six times more expensive than it is now when he first arrived in the area in 2002-2007.

It is simple to make methamphetamine and it has overtaken opium and heroin as the most illegal drug in Southeast Asia, both for use and export.

The Golden Triangle, which is where Myanmar, Laos, and Thailand meet, has been a significant area of opium production and was home to many of the heroin-converting labs. Due to decades of political instability, Myanmar's frontier areas have been rendered lawless and are now being exploited by drug dealers and producers.

Douglas stated Monday at the news conference that law enforcement must be refocused against the drug trade.

"There are lots and lots of seizures, but no impact on the business." Douglas stated that organized crime continues to increase the volume and replace seizures with more product.

Douglas said that the chemical situation was complex. There are no essential chemicals being confiscated and they continue to flow unabated through Laos, primarily into Shan State (Myanmar). We also have large money laundering operations in the region. We are not able to respond to the growing demand for the drug, which seems to be increasing. This can only happen because the drug's price is so low.

The UN was created to address the issues of poor governance and lack of attention. The UN said that organized crime syndicates are able to continue producing meth and selling it to a growing number of young people with greater spending power.

1 Uvalde tells Biden that he will do something; he promises... 2 The 'Real Housewives" franchise brings its... 3 Russia and Ukraine fight in the east while Zelenskyy... 4 Heat 100-96 defeats Celtics in NBA Finals. 5 How Biden, police officers and advocates reached a... 6 Oklahoma Festival Shooting: Agency: 1 Dead, 7 Injured 7 Colombian presidential race to runoff; leftists vs.... 8 Rescuers near the plane that crashed in Nepal, 22... 9 Governors disagree on gun control and school security 10 Sweden's Ericsson wins Ganassi another Indy 500... 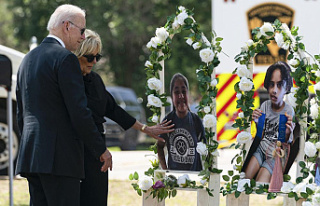 Uvalde tells Biden that he will do something; he promises...