Uvalde tells Biden that he will do something; he promises that 'we will' 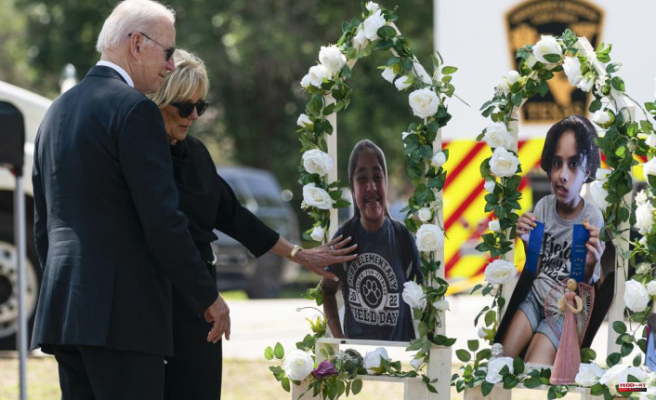 On Sunday, President Joe Biden cried with Uvalde's devastated community. He spent three hours privately mourning with the grieving families of the two teachers and 19 schoolchildren who were killed by a gunman. As he left a church service, Biden was confronted with the chants "do something", and vowed: "We will."

Biden visited Robb Elementary School to visit a memorial of 21 white crosses, one for each victim. First lady Jill Biden also added a bouquet with white flowers to the already placed white flowers in front of the school sign. After viewing individual altars in the memory of each student, Biden and his wife touched the photos of the children as they moved along the row.

Biden visited the memorial and attended Mass at Sacred Heart Catholic Church. One of the victims' families was also present.

Gustavo Garcia-Siller, Archbishop, addressed the children directly. Some of them were the same age as the victims.

He said that he had seen the news and witnessed the pain of friends, parents, and family. You are the best reminders that we are responsible for the lives of our little ones."

Biden was leaving church to meet privately at home with his family. A crowd of around 100 people started chanting "do Something" as he got in his car. This was Biden's only comment in Uvalde for seven hours.

Biden tweeted later that he was grieving, praying, and standing with Uvalde's people. He said, "And we are determined to turn this pain into action."

Biden visited Uvalde twice in two weeks in order to console a community that had suffered a devastating mass shooting. Biden traveled to Buffalo, New York on May 17th to visit with the families of victims and to condemn white supremacy following the shooting at a supermarket by a racist shooter.

Both the shootings and their aftermath have brought to light deep divisions in America and the inability of Americans to come together to tackle gun violence. 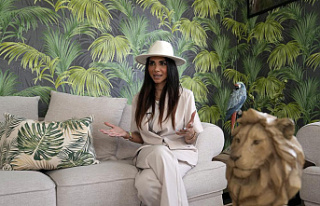 The 'Real Housewives" franchise brings its...