A leftist ex-rebel and a populist businessman won the top two spots in Colombia's presidential election on Sunday. They will now head to a runoff in June. 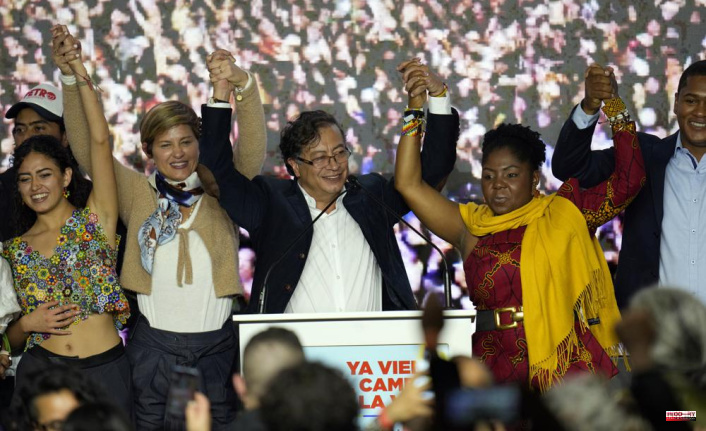 A leftist ex-rebel and a populist businessman won the top two spots in Colombia's presidential election on Sunday. They will now head to a runoff in June.

To win the contest, a candidate must receive 50% of the votes. This was in a highly polarized environment with growing discontent about rising inequality and inflation.

The South American country, which has been governed for many years by moderates and conservatives, will experience a significant shift in its presidential politics regardless of who wins June 19.

Petro has pledged to make major adjustments to the economy, including tax reform and to improve Colombia's fight against drug cartels. Hernandez, who was surprised to be in the runoff, has no connections to political parties. He promises to cut wasteful government spending and reward those who report corruption.

Analyzing the areas in which Hernandez won in the most traditional heartland regions, it is clear that Hernandez "rejects the status quo even among many conservative Colombians... really does demonstrate a disgust with traditional workings of Colombian Politics," stated Adam Isacson of the Washington Office on Latin America think-tank.

Federico Gutierrez was Petro's main opponent for most of his campaign. He was a former mayor from Medellin and was considered the continuity candidate. Gutierrez ran on a probusiness platform that promotes economic growth. However, Hernandez started to rise in the polls leading up to the election.

Latin America has seen a number of leftist victories, as people are seeking change in a time when they are unhappy with their economic situation. Chile, Peru, and Honduras elected leftist presidents to office in 2021. In Brazil, the former President Luiz Ignaco Lula da Silva leads the polls for this year’s presidential election. Mexico elected a leftist president for 2018.

Jenny Bello, a coffee seller near Bogota's capital, said that the main problem is the inequalities of the conditions. After months of being without work, she had to turn to informal sales to make ends meet because of the pandemic.

This was the second election since 2016 when the government signed a peace accord with the Revolutionary Armed Forces of Colombia (FARC) for its initials in Spanish. The divisive agreement wasn't a major issue in the campaign. Instead, the focus was on poverty and inflation, as well as other issues exacerbated by pandemic.

This is Petro's third attempt at becoming president. In 2018, he was defeated by Ivan Duque who was not eligible for re-election.

"What is at stake today is change. Petro spoke to his supporters in Bogota, telling them that the political parties that were allied with Duque's government, his political project, had been defeated. "Colombia's vote total sends a message to the entire world: It is ending. An era is over." 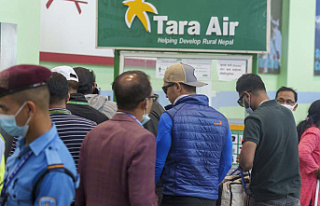 Rescuers near the plane that crashed in Nepal, 22...