What is the injury that Rafa Nadal has that causes him constant pain?

The last years of Rafael Nadal's career have not been easy on a physical level for the Spanish tennis player. 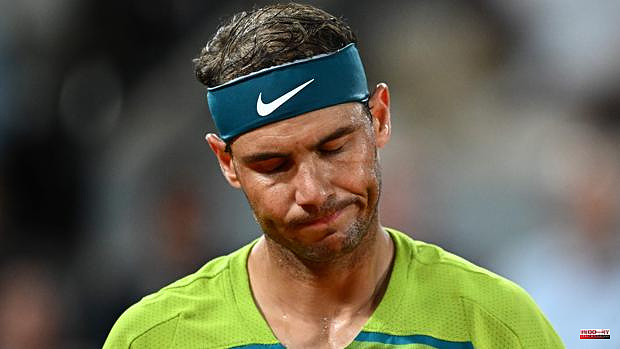 The last years of Rafael Nadal's career have not been easy on a physical level for the Spanish tennis player. For a long time, the athlete has learned to live with pain as part of his daily life, due in part to the degenerative injury that he has been diagnosed with since 2005: Müller-Weiss syndrome.

A condition for which there is no cure, but that the tennis player treats day by day with the intention of being able to continue to remain in the tennis elite for many more years. « I am a player who lives with a constant injury.

That is my day to day. It's hard, really... and of course sometimes it's hard for me to accept it. I had a lot of pain in my foot again and that's it », explained the tennis player himself after his defeat at the Rome Masters against the Canadian Denis Shapovalov.

The recurring pain he suffers from is also one of the reasons why Rafa Nadal has had to say goodbye to many of the tournaments he has participated in in recent years. «It's sad, because I've been playing better, feeling good in training... and coming back to this is hard, because there's nothing that can be done. It is not known if resting or training goes better. It only remains to accept it and fight », explained the Manacorí after one of his last episodes of pain.

But what is the Müller-Weiss syndrome, the chronic injury that Rafa Nadal suffers? What does this difficult illness that physically conditions Manacor consist of? How is the pain you suffer and how does the tennis player live with it? This is all you have to know.

This Müller-Weiss syndrome, also known as scaphoid osteochondritis, has become Rafa Nadal's toughest rival. This degenerative injury, which the tennis player suffers in his left foot, has weakened the bone and the talo-scaphoid joint due to an anomaly in the development of the tarsal scaphoid tissue.

Nadal has lived with this disease since 2005, the year in which he was diagnosed when he was just 19 years old. So, the southpaw had just won his first Roland Garros and, just a few months earlier, in April 2004, he had suffered a stress fracture in his left foot.

This initial injury ended up evolving into arthrosis in the scaphoid, causing persistent pain that worsened while practicing physical exercise. This was recognized by his doctor, Ángel Ruiz-Cotorro: «The injury began in 2004. It was an overload fracture in the left foot. Once cured, she was established a specific medical and physical program of prevention ».

Despite the treatment that he follows intensively, it is common for us to see him talk about the discomfort caused by this ailment when playing sports. This is because Müller-Weiss syndrome has been classified as a chronic and inoperable condition.

Although there is no cure for this pain, it is possible to try to alleviate the terrible effects it has on the athlete. Until now, doctors have advised against surgical treatment and have opted for orthopedic solutions (some special insoles to improve foot support), analgesics and/or infiltrations to strengthen the bone that considerably reduce the pain suffered by Nadal.

1 CBS News Poll: Can mass shootings ever be prevented?... 2 CBS News poll: Fears of gun violence at schools among... 3 The incorporation of Atienza to Sigüenza's candidacy... 4 Roland Garros 2022 Awards: How much money does the... 5 Mazón censures the "prohibitive desire"... 6 The Geacam mutual sends the injured worker home with... 7 The Canary Islands stand up against pollution, with... 8 Transcript: Senator Pat Toomey discusses "Face... 9 Maritime Rescue seeks a woman who fell into the sea... 10 Colombia accuses López Obrador of “interference”...

CBS News Poll: Can mass shootings ever be prevented?...