The president of the Cortes de Castilla-La Mancha, Pablo Bellido, has highlighted as a success the incorporation of Atienza, with its centuries-old landscapes and traditions, to the candidacy with Sigüenza for UNESCO World Heritage status, which at the moment is already included in the Tentative List. 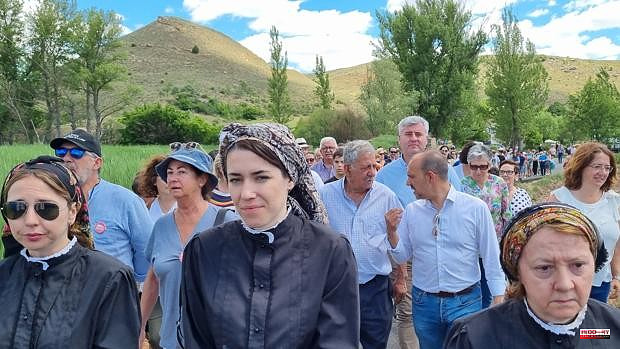 The president of the Cortes de Castilla-La Mancha, Pablo Bellido, has highlighted as a success the incorporation of Atienza, with its centuries-old landscapes and traditions, to the candidacy with Sigüenza for UNESCO World Heritage status, which at the moment is already included in the Tentative List.

"Atienza is a spectacular place, with traditions dating back more than eight centuries, which is why it provides richness and value so that the candidacy, which began with Sigüenza, obtains magnificent support", he pointed out.

Pablo Bellido recalled the support of all the institutions for this joint candidacy of the Sweet and Salty Landscape of Sigüenza and Atienza, which has recently been incorporated into the Indicative List of applicants to be declared World Heritage Sites by UNESCO, an essential preliminary step for continue advancing in "a long-term career" for which he has encouraged "continue taking steps and incorporating improvements".

The president of the Regional Courts has participated in the morning celebrations of the traditional Caballada de Atienza, Festival of National Tourist Interest and Intangible Cultural Asset of the Junta de Castilla-La Mancha, which recalls the historical episode of the salvation of the Child King Alfonso VIII .

This event with 860 years of history, organized by the Brotherhood of the Holy Trinity, has been held again this weekend after a two-year break due to the Covid-19 pandemic, with broad institutional support: together with Bellido, second regional authority, and the mayor Pedro Loranca have been present the sub-delegate of the Government in Guadalajara, Mercedes Gómez; the president of the Provincial Council, José Luis Vega and the second vice president of the autonomous parliament, Ana Guarinos, among other authorities.

The celebration has had broad institutional support: in the acts developed around the Hermitage of Our Lady of the Star -the procession and the mass officiated by the Vicar of the Diocese of Sigüenza-Guadalajara, Agustín Bujeda- they have participated, among other authorities the president of the Diputación, José Luis Vega; the president of the Cortes of Castilla-La Mancha, Pablo Bellido, and the deputy delegate of the Government of Spain in Guadalajara, Mercedes Gómez.

The Provincial Council of Guadalajara has maintained its support for the Caballada de Atienza during the two years that it could not be held, with agreements that have allowed the restoration of four minute books from the 17th to the 19th centuries and the restoration of the altarpiece of the Hermitage of Our Lady of the Star, in collaboration with the Bishopric of Sigüenza-Guadalajara.

1 Roland Garros 2022 Awards: How much money does the... 2 Mazón censures the "prohibitive desire"... 3 The Geacam mutual sends the injured worker home with... 4 The Canary Islands stand up against pollution, with... 5 Transcript: Senator Pat Toomey discusses "Face... 6 Maritime Rescue seeks a woman who fell into the sea... 7 Colombia accuses López Obrador of “interference”... 8 Transcript: Betsey Stephenson on "Face the Nation".... 9 Roland Garros winners, these are the greats in the... 10 All the Grand Slams of Rafael Nadal 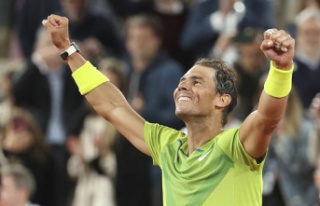