The Canary Islands stand up against pollution, with a great human chain in defense of the sea

On World Environment Day, the canaries have spoken loud and clear. 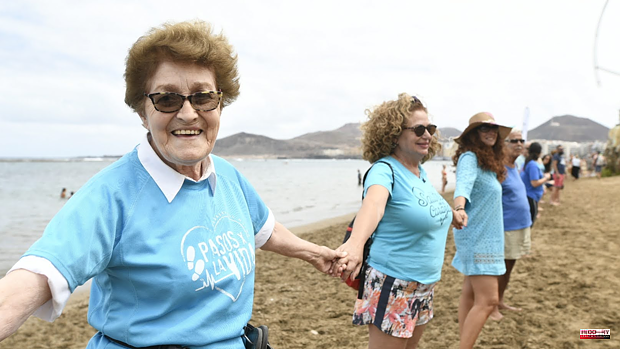 On World Environment Day, the canaries have spoken loud and clear. Lovers of the oceans have come together to form a human chain that has crossed Las Canteras beach (Gran Canaria) and launched a message against pollution and in favor of defending the sea.

Hundreds of people have participated in this action, joining hands in a great chain with a clear message, our future lies in the sea and we must protect and care for it. This is one of the environmental initiatives that have been held today on the capital's beach within the agenda of the International Ocean Film Tour, the most important film festival around the sea in Europe.

On this Environment Day and before the ephemeris of the International Oceans Day on June 8, the agenda has included cleaning and filtering workshops on the beach and in the sea, among other initiatives that have had the collaboration of volunteers , bathers, pedestrians and Gran Canarian society congregated on the beach, as well as numerous groups and companies.

Within these actions, young and old have participated in the 'Investiga Las Canteras' workshop, which has put hundreds of volunteers on kayaks to sample and collect microplastics. In addition, the 'strainers' of the 'Filtra arena de la playa' project have been deployed in the sand on the beach, which has brought together a workshop/cleaning in an action to collect waste from the beach and send a message about the importance of preserve, protect and defend natural spaces.

With part of the money from the tickets sold at the documentary film festival, new "giant strainers" will be built that move through a converted bicycle to separate the micro-trash from the sand.

The director of the International Ocean Film Tour festival organized by Kinema Producciones, Chema Moreno, highlighted that the three awareness-raising activities have been highly successful in terms of participation, both in the workshops and in the great human chain with "feedback from the people who have It was wonderful and bigger than expected. The chain has been "a symbolic act to remember that the future is in the sea and we must protect it."

The International Ocean Film Tour will screen five documentaries from three continents, with documentaries from Canada, Germany, Australia, France and Denmark, in what will be its fourth appointment in Spain and its 16th in Europe. In 2022, the festival will pass through 18 cities of the country with unique stories from the world of the oceans, which will allow viewers to travel with the protagonists to special corners of the planet, with projections in the original version (mainly English, French and German) with subtitles in Spanish that seek to serve as inspiration and invite reflection on the seven seas.

1 Transcript: Senator Pat Toomey discusses "Face... 2 Maritime Rescue seeks a woman who fell into the sea... 3 Colombia accuses López Obrador of “interference”... 4 Transcript: Betsey Stephenson on "Face the Nation".... 5 Roland Garros winners, these are the greats in the... 6 All the Grand Slams of Rafael Nadal 7 This is the ATP ranking after Nadal's victory... 8 This is the ranking of tennis players with the most... 9 Transcript: Rep. Adam Schiff, "Face the Nation"... 10 They ask for 8 years in prison for a man accused of... 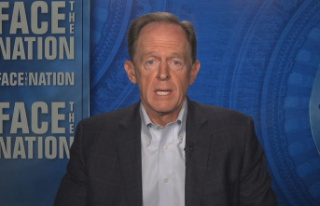