The Geacam worker who suffered a work accident on Thursday, May 26, with a fracture of his left leg, has spent a week in two different hospitals, one public in Albacete and the other private in Majadahonda, but has spent the last six nights in his own home waiting with a broken leg and in a lot of pain for the mutual insurance company for work accidents arranged by the public company to have an operating room to operate on him. 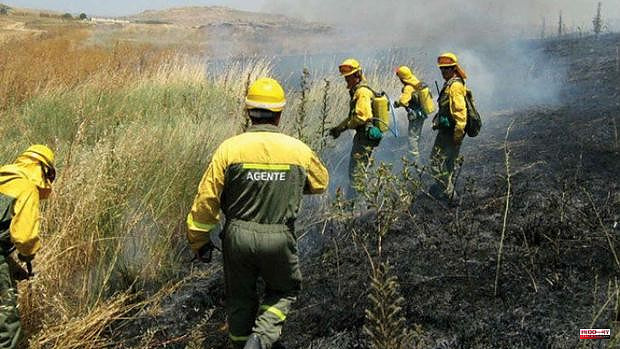 The Geacam worker who suffered a work accident on Thursday, May 26, with a fracture of his left leg, has spent a week in two different hospitals, one public in Albacete and the other private in Majadahonda, but has spent the last six nights in his own home waiting with a broken leg and in a lot of pain for the mutual insurance company for work accidents arranged by the public company to have an operating room to operate on him.

The worker, J., 57, fractured his left leg on Thursday, May 26, while carrying out the spillage of a felled pine tree in the tasks of preventing forest fires in the mountains of Nerpio (Albacete), according to the CCOO union. in a press release.

He was transferred by medicalized helicopter to the General University Hospital of Albacete, where he remained hospitalized for a day and a half while the Fremap mutual decided which of its health centers to send him to operate; either to Valencia or to Madrid-Majadahonda, given that neither in Albacete nor in any town in Castilla-La Mancha does he have clinics where he can perform surgical operations.

Finally, on Friday night he was transferred to Majadahonda. But after four days of waiting to be operated on, on the night of Tuesday the 31st, they told him that they did not have any operating rooms available until at least the following week. The Geacam manager, who had come to visit the wounded man and tried to speed up the operation, could do nothing.

The patient was given a choice: remain admitted to the Fremap clinic, almost 400 kilometers from his home, or go to his home in Letur (Albacete), to wait there, stuffed with painkillers, until he is summoned for the operation.

He opted for the latter. Her two daughters, both workers, had already consumed the days of absence to care for hospitalized relatives that their agreements allow; and at least in Letur she has a brother and his family as a neighbor, whom she can count on for whatever he needs while he waits for Fremap's call.

Meanwhile, he can only move, with the help of crutches and without supporting his left foot, to go to the toilet. The enoxaparin, amoxicillin, desketofreno, omeprazole and paracetamol prescribed by Fremap do not relieve the intense pain caused by the fracture of his leg.

“We find Fremap's actions serious and unpresentable. It can even be dangerous for the injured worker; We don't know how having to spend two weeks waiting for his broken leg to be operated on can influence his recovery », denounces Manuel Amores, head of the CCOO union section at Geacam.

“We are going to ask Geacam, through the occupational health committee, to study the legal measures that can be adopted against Fremap. And that it assesses the termination or non-renewal of the contract with this mutual, of which it is clear that Geacam workers cannot be trusted », he announces.

“If you arrive by helicopter at a hospital emergency room with a broken leg, your thing is to have an operation immediately. However, Fremap apparently preferred to abort the operation, the cost of which would have been borne by him, logically, arguing that the mutual company was already taking care of operating it in its own facilities and with its own health professionals », he points out.

«They transferred him to a hospital they have in Majadahonda, in the community of Madrid, because neither in Albacete nor in Castilla-La Mancha do they have any where they can carry out operations of this magnitude. And there they kept him admitted for another four days, until they gave him the choice between continuing to wait in hospital or going to wait at his house », he says.

“Fremap has made it clear, first, that it cares more about its profit than the health of the workers for whose insurance it charges. The colleague could have been operated on immediately at the public hospital in Albacete, but the mutual preferred to save the cost of the operation », he assures.

“And, second, Fremap has also shown that it is unable to attend to an injured worker in a timely manner. At least, if the worker is from Castilla-La Mancha, from Geacam in particular, this mutual does not have operating rooms to operate until twelve or fourteen days after the accident, or know until when. It is not the first time that this has happened, there have already been other injured colleagues who have suffered unacceptable delays in the attention that Fremap should have given them », he relates.

“We trust that, once he is operated on, our colleague will achieve a full recovery. But, in addition to asking the company to analyze this action by Fremap and act accordingly, we are also going to ask our legal advisors for the possibility of acting from the union, through complaints to the Labor Inspection, the INSS Medical Inspection, or directly in court, "he concludes.

1 The Canary Islands stand up against pollution, with... 2 Transcript: Senator Pat Toomey discusses "Face... 3 Maritime Rescue seeks a woman who fell into the sea... 4 Colombia accuses López Obrador of “interference”... 5 Transcript: Betsey Stephenson on "Face the Nation".... 6 Roland Garros winners, these are the greats in the... 7 All the Grand Slams of Rafael Nadal 8 This is the ATP ranking after Nadal's victory... 9 This is the ranking of tennis players with the most... 10 Transcript: Rep. Adam Schiff, "Face the Nation"... 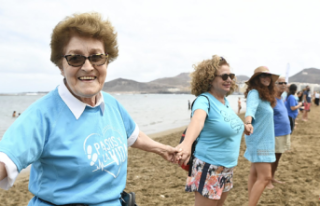 The Canary Islands stand up against pollution, with...