The world surrenders to Rafa Nadal: this is how the front pages of the international press reflect his victory at Roland Garros

Rafa Nadal is the king of Roland Garros. 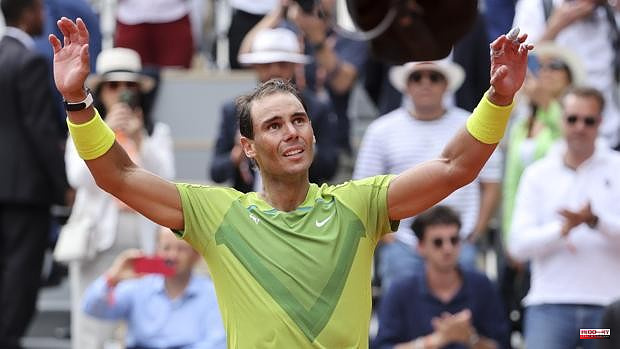 Rafa Nadal is the king of Roland Garros. Nobody doubts that. The only thing that changes these days are the adjectives to describe what the Spaniard has achieved in Paris. Feat, epic, heroic... these are some of the words that flood the covers of the sports and general media around the world.

In France there is no question about who should be on the front page. More if possible for the most prestigious sports newspaper in Gallic territory. L'Equipe opens its full-page newspaper with Nadal holding the Musketeers' Cup along with the headline "Pour L'eterrenite" (For eternity, in French) playing on the word 'earth' in reference to the surface where he has achieved his fourteenth trophy.

Despite the great sporting rivalry between Spain and France, since the first title won in 2005, 'L'Equipe' has without fail put Nadal on the cover with each of its fourteen salad bowls. In fact, his beginnings in France were not the most comfortable, in which the stands booed him when he defeated the local tennis players.

Another of the great French newspapers, although in this case of a general interest, such as 'Le Parisien', also highlights the victory of the Spanish tennis player on its cover, although not as prominently as 'L'Equipe'. "Nadal, a jamais roi de Roland Garros" (Nadal, forever king of Roland Garros), along with the Balearic raising the salad bowl.

In Italy, what happened recently on the Philippe Chatrier track has not gone unnoticed either. The 'Gazzetta dello Sport' takes out in its header a photo of Nadal next to the Musketeers Cup along with thirteen other images of him lifting the trophy, from the first achieved in 2005 to 2022.

For its part, 'Tuttosport', another of the great references of Italian sports journalism, has a skirt at the bottom of its cover with the already mythical photo of the Mallorcan biting the cup along with the headline "The legend, 14 finals and 14 wins at Roland Garros. At the same time, he describes the way in which he achieved victory, highlighting the chronic injury suffered by the player: «Rafa easily finished (Casper) Ruud in three sets. At 36 years old, in pain, he has written another page of tennis history, perhaps the last, and has 22 Grand Slams ».

On the other side of the Atlantic, in a country where football is everything, a place was also reserved for Nadal. His feat deserved it. The quintessential sports newspaper in Argentina, 'Olé', headlines on the cover: "Eternal Nadal" along with a photograph only surpassed in size by, of course, Leo Messi and the five goals scored by him with his team.

Perhaps one of the few Western countries where Nadal's title has gone unnoticed is the United Kingdom. And it is for no other reason than the celebration of the Platinum Jubilee of Queen Elizabeth II.

1 The platform for Green Employment is launched, aimed... 2 Canarias, the community of Spain with the most lawsuits... 3 Pressure increases on Mónica Oltra: "She should... 4 Arrested in Madrid a man who pretended to be an immigration... 5 Vox is left alone in the motion to paralyze workshops... 6 Castilla y León records the second warmest month... 7 Shooting of Latino gangs in a restaurant in Chueca... 8 The judge accuses Plus Ultra and summons its legal... 9 The CPI triggers the costs of SMEs by 23% in one year... 10 Israeli nationalists wage war against the Palestinian... 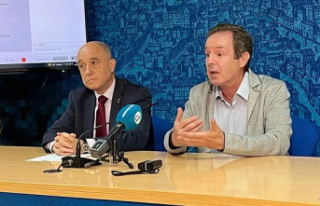 The platform for Green Employment is launched, aimed...