Canarias, the community of Spain with the most lawsuits for dismissal

The Canary Islands accumulate in 2022 the highest rate in the country in lawsuits for dismissal, reaching between January and March 95. 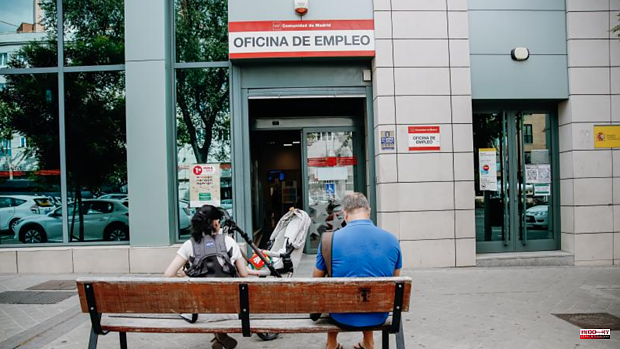 The Canary Islands accumulate in 2022 the highest rate in the country in lawsuits for dismissal, reaching between January and March 95.5 per 100,000 inhabitants.

The Canary Islands is at the forefront in the number of lawsuits for dismissal, followed with more than 10 points less by the community of Madrid (84.7 lawsuits per 100,000 inhabitants, more than 10 points below) and the third, that of Catalonia, 80.8. The territory with the lowest relative volume of dismissal claims between January and March of this year was Extremadura: 33.9 claims per 100,000 inhabitants.

The Canary Islands were not only the territory with the highest relative volume of dismissal lawsuits in the first quarter of the year, but also the community where the most claims for civil debts were brought to court, the so-called payment orders (special procedures provided for claiming liquid monetary debts , determined, due and payable, when said debts are recorded in some type of document.

They are the jurisdiction of the Courts of First Instance).

The judicial bodies of the islands computed a total of 18,458 orders in the period reviewed, 28.4% more than in the same period of 2021, which implies that an average of 848 civil money claims were opened on the Islands for every 100,000 inhabitants, by far the highest figure in the country. The second highest average was that of Catalonia (587.9 cases per 100,000 inhabitants; 260 lawsuits less than the Canary Islands) and the third, the community of Madrid, with 571.5 orders for payment per 100,000 inhabitants.

According to global figures from the statistics service of the General Council of the Judiciary, a total of 2,078 dismissal claims were registered on the islands during the first quarter of this year, 10.7% less than in the same period of 2021 In the State as a whole, between January and March, 30,126 dismissal claims were filed, 12.6% less than in the first quarter of the previous year.

With regard to litigation before the Social Jurisdiction (the former Labor Magistracy) for quantity claims, in lawsuits for non-compliance with social security obligations or for omission of safety and hygiene measures at work, the courts of The social sector of the islands computed 2,394 lawsuits in the first quarter of this year, 0.7% more than in the same period of 2021, thus placing the Canary Islands in second place in the country in relative terms, with 110 lawsuits of this type per every 100,000 inhabitants. This figure has only been surpassed by the Basque Country (121.2). The third community with the highest rate in this field was Madrid (82.2).

With regard to contests (proceedings that are opened before the Mercantile Courts when a natural or legal person cannot regularly comply with their required obligations), during the first quarter of this year the islands registered a total of 55, a 44.7% more than in the same period of 2021. At the national level, 2,394 were filed, 4.4% more than between January and March 2021. The Canary Islands registered the fourth highest growth in this type of procedure in the period of reference, only surpassed by Navarra (144.4%), Cantabria (84.6%) and the community of Madrid (51.7%). Broken down by type of bankruptcy (natural or legal persons), 23 natural persons (76.6% more than in the same period of 2021) and 32 legal entities (28% more than in winter 2021).

Between January and March 2022, three employment regulation files (ERE) were presented to the judicial bodies of the Archipelago, the same as in the winter of 2021.

The data referring to foreclosures (procedures in the courts of first instance to demand the payment of debts guaranteed by pledge or mortgage from the creditor with a mortgage deed in their favour) indicate that between January and March 2022 a total of 225 procedures, 3.8% less than in the first quarter of 2021, with an average of 10.3 executions per 100,000 inhabitants, 3 points below the national average.

In the winter of this year, according to official data, the Canarian judicial bodies carried out a total of 676 releases (change of possession of a property), 10% more than in the first quarter of last year.

1 Pressure increases on Mónica Oltra: "She should... 2 Arrested in Madrid a man who pretended to be an immigration... 3 Vox is left alone in the motion to paralyze workshops... 4 Castilla y León records the second warmest month... 5 Shooting of Latino gangs in a restaurant in Chueca... 6 The judge accuses Plus Ultra and summons its legal... 7 The CPI triggers the costs of SMEs by 23% in one year... 8 Israeli nationalists wage war against the Palestinian... 9 Yolanda Díaz calls on Sánchez to "take one... 10 A Bulgarian trafficker with marijuana and 21,600 counterfeit... 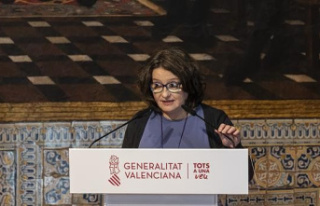 Pressure increases on Mónica Oltra: "She should...