The Warriors even the series in a Curry recital

The Golden State Warriors crushed the Boston Celtics 107-88 on Sunday to tie the NBA Finals 1-1, fueled by a recital by Stephen Curry with 29 points in just three quarters. 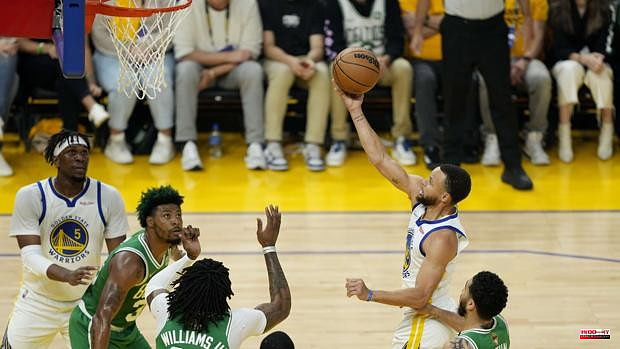 The Golden State Warriors crushed the Boston Celtics 107-88 on Sunday to tie the NBA Finals 1-1, fueled by a recital by Stephen Curry with 29 points in just three quarters.

The Warriors, who let the first win slip away with a fourth-quarter debacle on Thursday, managed to avoid surprises this time around with a dreamy second half in front of their home crowd at San Francisco's Chase Center.

"We came out with the right energy and focus," Curry stressed. "We said we had to play desperately and that's what we did. It feels good to be back and now we need an away win."

For the Celtics, their star Jayson Tatum was one of the few positive notes with 28 points and 6 triples.

His partner Jaylen Brown contributed another 17 points but the rest of the starting lineup - Dominican Al Horford, Marcus Smart and Robert Williams - barely scored 2 points each.

“Those two guys (Tatum and Brown) create a lot of play. We contained the rest and made it difficult for them," Curry said. "Our third quarter was great and we got enough distance that the last one was a little bit easier tonight."

The point guard caught fire in the third quarter with 14 points that pushed the Golden State to a 35-14 run that assured them the win. Curry, 34, added to his tally 5 3-pointers, 6 rebounds, 4 assists and 3 steals in his 30th Finals game.

On the hunt for his fourth NBA ring and his first Finals MVP, Curry only needed 32 minutes on the court. With a 23-point lead (87-64) at the beginning of the fourth quarter, coach Steve Kerr reserved his leader for the third game of the series, which will be played on Wednesday at the TD Garden in Boston.

1 At Normandy D-Day celebrations, crowds pay tribute... 2 Latest Bangladeshi safety news: Depot fire 3 Alec John Such, bassist and founding member of Bon... 4 Two arrested for trafficking cocaine in an apartment... 5 The Local Police seizes in León several white weapons... 6 This is how pensions rise in Europe: life expectancy... 7 Competitions increased by 7.9% in the first quarter... 8 Female voices in the contemporary crypto debate 9 Canada fund invests $5B in DP World's Dubai base... 10 They arrest a 78-year-old commission agent for defrauding... 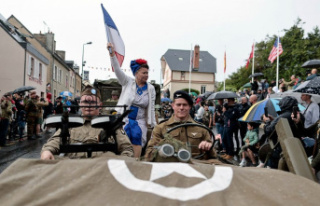