They arrest a 78-year-old commission agent for defrauding 14,600 euros with the sale of citrus fruits

The Civil Guard, within the Plan to combat robbery and theft in agricultural and livestock farms, has arrested a 78-year-old man in the Alicante town of Almoradí for swindling 14,600 euros from businessmen in the citrus fruit trading sector. 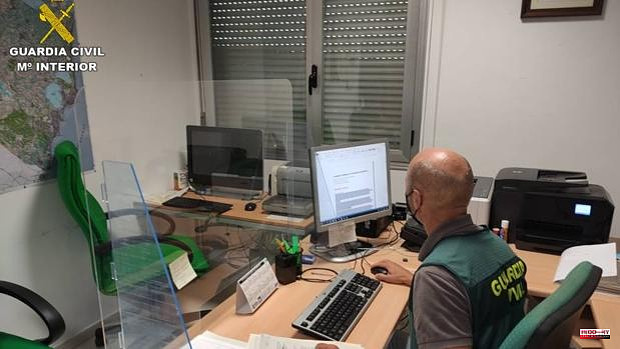 The Civil Guard, within the Plan to combat robbery and theft in agricultural and livestock farms, has arrested a 78-year-old man in the Alicante town of Almoradí for swindling 14,600 euros from businessmen in the citrus fruit trading sector. To gain the trust of his victims, he used the information he obtained from carrying out commission functions with other citrus producing companies.

The agents continue with the open investigations, so it is not ruled out that the number of those affected may increase. The proceedings have been handed over to the Guard and Instruction Court of Torrevieja, as reported by the armed institute in a statement.

The investigations began in April, when two companies dedicated to the purchase of citrus reported at the Beniel Guard Post (Murcia) that they had been victims of alleged fraud related to the sale of citrus.

According to the appearances of the businessmen, they began business relations with a supposed representative of several agricultural estates located in the towns of San Miguel de Salinas, Guardamar del Segura, Rojales and Orihuela, all of them in Vega Baja.

After successfully making some small purchases of little economic value, between October 2021 and April 2022, they decided to make new purchases of a larger nature. In total, they made six different purchases of citrus fruits for a total amount of 14,600 euros, but although the payment was made, they never received what they bought. Likewise, the victims tried to contact the alleged scammer, but he did not respond to calls or messages.

With the aim of identifying and locating the alleged perpetrator, the ROCA Investigation Team of the Torrevieja Civil Guard Company, a group specialized in this type of crime, began the "Naqui 22" operation.

During the first police investigations, the agents were able to verify that the farms used by the perpetrator did not have any type of contractual relationship with the scammer, and even the owners of the farms were unaware of the operations that the scammer was carrying out in their names. .

Once the facts were verified, it was concluded that behind this crime there was a person, a resident of Orihuela and with a record for similar acts. The suspect had worked for the last 10 years as a fruit and vegetable commission agent, and through this work activity he had collected information from the farms to deceive his victims.

Specifically, the fraudster captured the victim with small purchase-sale operations, offering them small quantities of goods at a price much lower than the reference market. Once the victim received the item, the scammer gained her trust and encouraged her to place a new order for a larger quantity and therefore of greater economic value. When the author of the scam received the payment of what was agreed, he did not send the orders and disappeared.

1 Barcones stands up for the Government and disfigures... 2 CLIMAS for CHANGE arrives in Elche to address the... 3 The OCU asks the City Council to end the 'bolseo'... 4 Organ donations grow in Castilla-La Mancha by 27%... 5 The Eurocaja Rural-UCLM Foundation Chair announces... 6 Carriedo encourages the company and workers to reach... 7 Two gangs of migrant trafficking between Morocco and... 8 The world surrenders to Rafa Nadal: this is how the... 9 The platform for Green Employment is launched, aimed... 10 Canarias, the community of Spain with the most lawsuits... 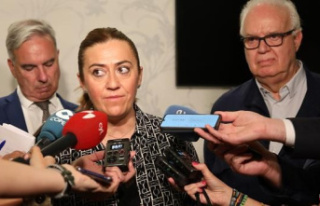 Barcones stands up for the Government and disfigures...