“We are heartbroken to hear the news of the passing of our dear friend Alec John Such. 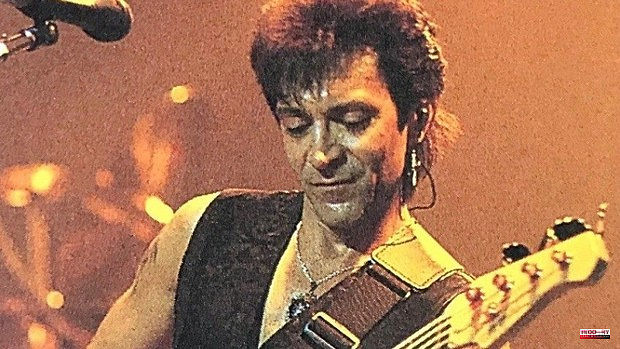 “We are heartbroken to hear the news of the passing of our dear friend Alec John Such. He was from the beginning. As a founding member of Bon Jovi, Alec was integral in the formation of the band." This is how the Bon Jovi band has fired whoever was the group's first bassist, who died at the age of 70 this Sunday. "To be honest, we found our way through it. He was a childhood friend of Tico's and he brought Richie to see us perform. Alec was always wild and full of life. Today those special memories bring a smile to our faces and tears to our eyes. We will miss him a lot".

Born in Yonkers (New York) in 1951, John Such founded his first rock band at the age of thirteen, called Phantom's Opera, in which he coincided with drummer Tico Torres, current member of Bon Jovi.

Later he joined Message, in which guitarist Richie Sambora was a member, also a member of Bon Jovi until 2013.

It was in 1983 that Such, Torres and Sambora joined Jon Bon Jovi at the birth of the Bon Jovi group in New Jersey, after seeing his band Jon Bon Jovi

Such was the oldest member of the group's first lineup. “The record company used to lie about my age,” he said in an interview with The Asbury Park Press in 2000. “I was 31 when I joined. I was about ten years older than the rest of the band. My sister was very angry because the newspapers described her as my older sister when she was actually younger. Such played on every Bon Jovi album and tour until 1994, when he left the group and was replaced by Hugh McDonald. There were rumors that he had been fired for revealing intimate secrets of the group, but this was never confirmed. “When I was 43 years old, I started to burn out,” Such said about it. “I started to feel like it was a job, and I didn't want to work. The reason I got into a band to begin with is because I didn't want to work."

Seven years later, in 2001, he reunited with his old bandmates on the 'One Wild Night' tour for a special concert in New Jersey, where he performed 'Wanted Dead or Alive'. He was also inducted in 2018, when Bon Jovi was inducted into the Rock'n'Roll Hall of Fame. “When Jon Bon Jovi called me and asked me to be part of his band many years ago, I soon realized how serious he was and that he had a vision that he wanted to take us to, and I am very happy to have been part of it. that vision. These guys are the best. We had so many great times together and we wouldn't be here if it wasn't for those guys. I will love you to death," he said in his acceptance speech as he took to the stage at the ceremony.

1 Two arrested for trafficking cocaine in an apartment... 2 The Local Police seizes in León several white weapons... 3 This is how pensions rise in Europe: life expectancy... 4 Competitions increased by 7.9% in the first quarter... 5 Female voices in the contemporary crypto debate 6 Canada fund invests $5B in DP World's Dubai base... 7 They arrest a 78-year-old commission agent for defrauding... 8 Barcones stands up for the Government and disfigures... 9 CLIMAS for CHANGE arrives in Elche to address the... 10 The OCU asks the City Council to end the 'bolseo'... 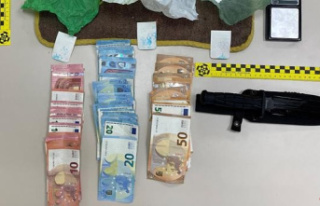 Two arrested for trafficking cocaine in an apartment...