This is how pensions rise in Europe: life expectancy is key

While in Spain the payroll of retirees is linked only to the CPI; In other European countries, pensions are linked to price developments, but also to other factors. 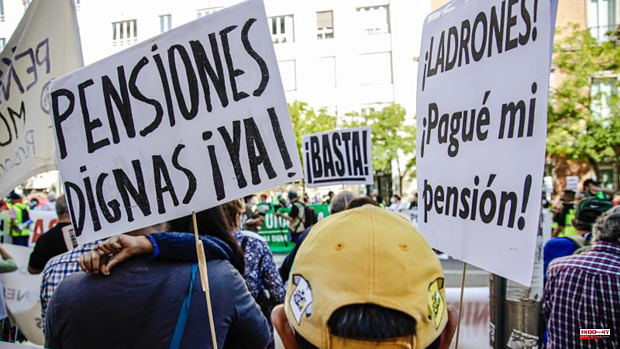 While in Spain the payroll of retirees is linked only to the CPI; In other European countries, pensions are linked to price developments, but also to other factors. For example, in Germany, the most important indicator is the evolution of wages in the previous year. In other states, such as Italy, pensions are revalued each year based on an index that takes into account the consumption of households with one worker and life expectancy. Next, we review how the countries rise in other European countries:

Pensions are revalued with the average inflation of the year. The pension reform abolished the Revaluation Index, which limited the increase to 0.25% in times of crisis, and the Sustainability Factor.

As an alternative, it has launched a rise in prices.

The adjustment of pensions is made according to the evolution of prices, excluding tobacco, but factors such as the variation of the average salary and life expectancy are also taken into account. Macron promised that in the summer he would compensate retirees for the rise in prices.

A 'triple protection' system is in place to revalue pensions. These rise according to the highest value between the CPI, salaries or 2.5%. For this year and next, the Government has suppressed the salary reference due to the statistical change in the pandemic.

Pensions are revalued each year based on an index called FOI that takes into account the consumption of households with one worker and is also used to periodically adjust monetary values, such as rents or checks for separated spouses. It is not exactly the same as the Spanish CPI and life expectancy is also taken into account.

The Government attends to the evolution of the GDP of the last two years, in addition to the annual CPI, without counting housing. The formulas used depend on the value of each pension and do not always transfer all inflation, so in some cases pensioners may lose purchasing power. They take life expectancy into account.

Payrolls are revalued with the CPI, but wages and life expectancy are also taken into account. If this increases, the pension is reduced.

The pensions are adjusted with a formula in which the variations in the CPI weigh 80% and the income from Social Security weighs another 20%. There is a sustainability factor.

As of next January, the increase in pensions will be determined with a coefficient that will take into account the sum of the variation in GDP and the CPI of the previous year divided by two (in no case should this be greater than the average annual variation Of the prices).

1 Competitions increased by 7.9% in the first quarter... 2 Female voices in the contemporary crypto debate 3 Canada fund invests $5B in DP World's Dubai base... 4 They arrest a 78-year-old commission agent for defrauding... 5 Barcones stands up for the Government and disfigures... 6 CLIMAS for CHANGE arrives in Elche to address the... 7 The OCU asks the City Council to end the 'bolseo'... 8 Organ donations grow in Castilla-La Mancha by 27%... 9 The Eurocaja Rural-UCLM Foundation Chair announces... 10 Carriedo encourages the company and workers to reach... 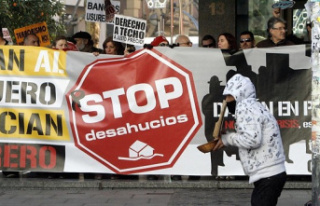 Competitions increased by 7.9% in the first quarter...