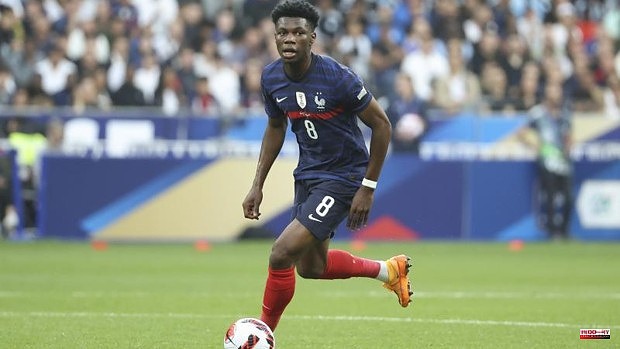 Aurélien Tchouaméni is a new Real Madrid player. The French midfielder is officially from this Saturday the new footballer of the white club, a signing that the entity chaired by Florentino Pérez has announced in its official media and that will be around approximately one hundred million euros: 80 fixed and another 20 in variables. The Frenchman thus becomes the fourth most expensive signing in the history of the Spanish team.

Leading this classification is Eden Hazard, for which Real Madrid paid 115 million euros in the summer of 2019. Despite being the most expensive transfer in the white club's history, the Belgian has never met the expectations that were generated with his arrival.

In second place in the ranking of the most expensive signings appears the Welshman Gareth Bale, who with 101 million euros led this list for six years, until the hiring of Hazard. A story of fire and shadows between the player and Real Madrid, with five brilliant seasons and the last four immersed in darkness between injuries and estrangement from the club.

Tchouaméni, for which Real Madrid pays 80 million to Monaco and another 20 in variables, moves Cristiano Ronaldo from third place on the podium, who in July 2009 became a white player after Concha Espina's entity paid 94 million euro for him. The Portuguese star played 438 games and scored 451 goals with the white shirt, winning four Champions Leagues.

The fifth most expensive signing in the history of Real Madrid is a compatriot of Tchouaméni, Zinedine Zidane, who in 2001 signed for the white club. An operation for which the Madrid entity paid 77.5 million euros to Juventus.

Tchouaméni, as explained by Real Madrid in a statement, will be presented next Tuesday, June 14, at 12:00 at Real Madrid City, after the player passes the corresponding medical examination.

1 The Agra fire is now under control 2 The ITAE Club of Albacete is proclaimed champion of... 3 The 'Worldwide Cutlery Collection' gathers... 4 Ukraine: A death sentence has been handed to a man... 5 Italy finds 7 bodies at a scorched helicopter crash... 6 Scholz, Germany's German Ambassador, tries to... 7 They threaten and try to attack their children's... 8 A frontal collision leaves two injured, aged 58 and... 9 The three-time Olympic hammer champion is injured... 10 'Madrid Otaku': Japanese culture conquers... 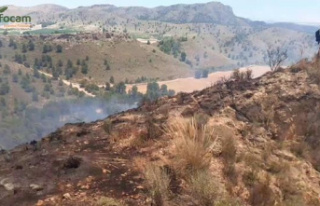 The Agra fire is now under control