The Minister of Territorial Policy and Government spokesperson, Isabel Rodríguez, has attributed this to "specific issues" and "to the coincidence of flights from outside the Schengen Zone due to very specific circumstances. 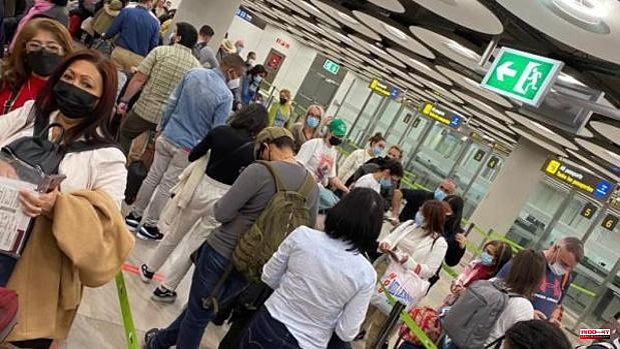 The Minister of Territorial Policy and Government spokesperson, Isabel Rodríguez, has attributed this to "specific issues" and "to the coincidence of flights from outside the Schengen Zone due to very specific circumstances." In this sense, the minister highlighted the "effort" of the Government with the airports that receive the greatest number of tourists, such as Barajas, and added that "200 new police positions are already being recovered."

Rodríguez added that Barajas will have “more than 600 agents and we are making a very important effort. I remind you that a few weeks ago we expanded the public job offer and in a very significant way in the security forces, to reverse the situation of 13,000 fewer police and civil guard positions inherited from the previous government.

The first announcement had been made by the Government delegate in Madrid, Mercedes González after assuring that almost 200 national police officers will arrive on June 20 to work at the security control of the Adolfo Suárez Madrid-Barajas airport, and has denied the existence of delays .

González made this revelation after a school talk in Valdemoro, after which he acknowledged that he was "very much" surprised by the criticism of Iberia, to which the Community of Madrid and the City Council of the capital have joined, due to the problems in the controls police in Barajas and the loss of flights derived from them, which they attribute to insufficient police personnel.

The delegate has assured that "in the assistance commission to the delegate held last week, the director of the airport spoke of how the delays had improved" and recalled that "last summer there was a problem and a negotiation that was saved by Headquarters and since then there was no problem. It is true that there are some controls but we have no evidence that delays are manifesting ».

1 Brazil expert and British journalist still missing... 2 Two infants were among the 22 victims of a Nigerian... 3 Russia's Navalny loses appeal due to terrorist,... 4 The PP asks in Congress for credits to save the Imserso... 5 Hundreds of interim Basque civil servants could lose... 6 'El Borril' hosts the XII Meeting of Eco-schools... 7 The two electrical substations will connect ships... 8 The Queen highlights the "serene and bold"... 9 On the island of snakes 10 The Supreme Court will study whether the requirement... 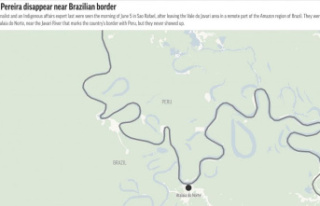