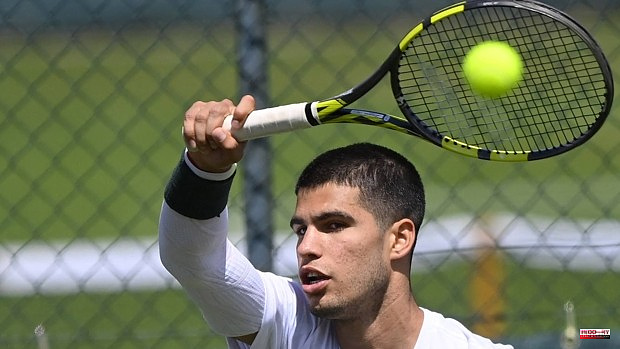 Carlos Alcaraz debuts this Monday at Wimbledon. The Murcian, who was unable to participate in the Queen's tournament due to elbow discomfort, has had a few days to prepare for his debut at the London Grand Slam. He played two matches at the Hurlingham exhibition tournament, against Tiafoe and Ruud and lost both, but he feels like taking this test on the green.

He is aware that the discomfort in his elbow has prevented him from reaching the cathedral with guarantees, but he will try to replace it with the class, the talent and the illusion of wanting to do well here, where he premiered in 2021, but collided in the second round against Daniil Medvedev. In this 2022 edition, Alcaraz makes his debut against the German Jan-Lennard Struff, whom he faced for the first and only time at Roland Garros last year and lost 6-4, 7-6 (3) and 6-2.

The meeting is scheduled for Monday the 27th in the second turn of court 1, after the Bjorklund-Jabeur that begins at 2:00 p.m. Spanish time. Thus, the Alcaraz - Struff is expected to start around 3:30 p.m.

The match is broadcast live by the Movistar platform and you can follow it point by point on ABC.es.

1 Botín and Trittel conquered the silver in the Kiel... 2 Simeone, viral for a peculiar chess game 3 LaLiga and the RFEF continue to cake 4 Global Omnium will maintain four coronavirus control... 5 Dozens of immigrants try to storm the Ceuta fence 6 Valladolid acclaims Triay, Salazar, Lebron and Galán... 7 Albert Rivera changes offices for classrooms to teach... 8 Johnson taunts Putin at G-7: "Should we take... 9 The G7 will invest 600,000 million in infrastructure... 10 Castilla-La Mancha transfers to the Government seven... 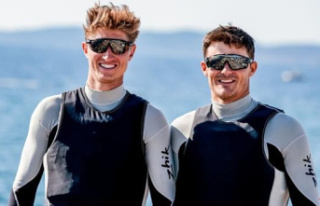