Jordan Díaz has improved his triple jump Spanish record at the Andújar rally, setting the new mark at 17. 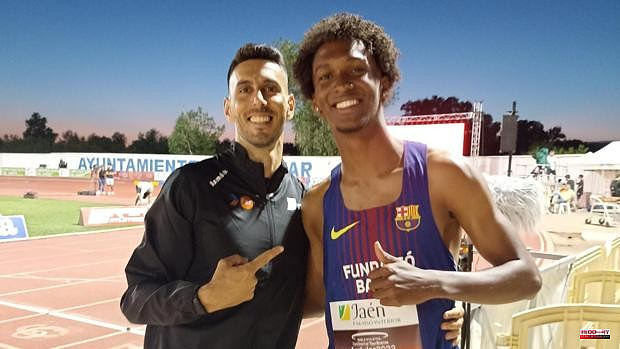 Jordan Díaz has improved his triple jump Spanish record at the Andújar rally, setting the new mark at 17.30 meters, three centimeters more than the one he obtained in Salamanca on February 20, on that occasion on an indoor track.

Díaz, 21 years old and considered the greatest promise of the specialty, is the European leader of the year and second in the world ranking, only behind the 17.64 of Cuban Andy Díaz.

After obtaining Spanish nationality at the beginning of last February, Díaz barely took two weeks to break the Spanish record, held until then by Pablo Torrijos with 17.18 meters. The triple jumper born in Havana left it at 17.27.

In Jaen he improved it twice. Díaz began his participation with a jump of 17.16. After two nulls he stayed at 17.07 before becoming the man of the day with two consecutive jumps of 17.30 meters, both with a slight tailwind.

Behind him was the Burkinabe Fabrice Hughes Zango, indoor world record holder with 18.07 meters and current Olympic and world bronze, who jumped 17.09. Third was the Cuban Andy Hechevarría (16.68). The Portuguese Nelson Evora, another of the favourites, was left out of the contest after failing three times.

1 Jose Cabrera chooses the alternative in Vic Fezensac... 2 Fetterman issues a letter from a cardiologist addressing... 3 Oil companies took advantage of the bonus to increase... 4 Hijos de Rivera increases its sales and profits in... 5 Biden and his wife, evacuated from their Delaware... 6 I will not abstain to stop the PP agreeing with Vox.... 7 Ribera insists that the Brussels endorsement for the... 8 An altarpiece is opened in the church of San Nicolas... 9 "Confidence in public pension systems decreases... 10 The skyrocketing electricity prices sabotage the opportunity... 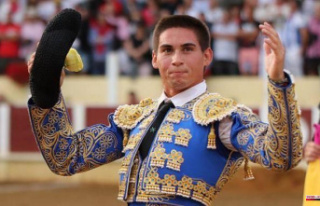