Paula Badosa assumes the "day to forget" that this round of 16 match against Simona Halep has been. 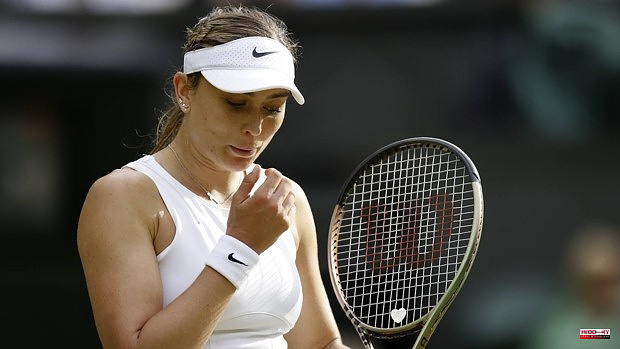 Paula Badosa assumes the "day to forget" that this round of 16 match against Simona Halep has been. Just one hour on the track and many mistakes that even her has been surprised. She accepts the bad day and she wants to move on, learn from what she experienced and highlight the positive, that there has been a lot in this Wimbledon.

«I have not yet been able to analyze what has happened. She has played a good game, but looking at me, this has been forgettable. It was me. Some days your shots go down the line and some days go out. It's sad because you are in the second week of a Grand Slam and you want to do well. It's a bad drink to be alone for an hour on center court.

It is if you're on track 18, but it's even worse if it's on the central one«, admitted the Spanish, aware that the plan did not work for her.

«I tried to be more aggressive than in Madrid, but things have not worked out for me. I have made many mistakes, and it is not usually my case. I have surprised myself." However, and although she does not want to see Simona Halep in front of her for a long time, she does want to see the positive side of these days in London. She arrived with just one preparation match, but qualified for the second week with an exhibition of tennis and against rivals like Petra Kvitova, always dangerous on grass and champion here in 2011 and 2014. «It should be positive to have achieved this, in my first year in the top ten, but I feel very much the demand of others. If you get to the first week why don't you get to the second, if you get to the second week why don't you win? We're a bit spoiled. I am not Rafael Nadal. Hopefully I can do something like him, but I wish other things were valued«.

No one knows better than her what happened on center court and no one better than her to continue fighting with the lesson learned: «I don't know if my best version in the Grand Slams is already offered or I have more left. I will continue working. After everything I've been through in my life, mental toughness is what I have the most. My weak point is experience, winning playing badly, losing more games like that against other Simonas Halep«. And she warns: »I am 24 years old and I have 25 or 30 Grand Slams ahead of me. I'm going to fight it«.

1 Pope defies resignation rumors and hopes to visit... 2 Hezbollah drone provocation is criticized by the Lebanese... 3 Sánchez takes the first step to increase investment... 4 End to hell squat of Blanca and Miguel: the sick marriage... 5 Ukraine creates a $750B "recovery plan"... 6 Japan visits Russia and China warships close to disputed... 7 General declares that the military must leave Sudan... 8 Rescued 4th Crew member from a sinking ship south... 9 French president reshuffles Cabinet after election... 10 Sydney is in the fourth round of flood misery after... 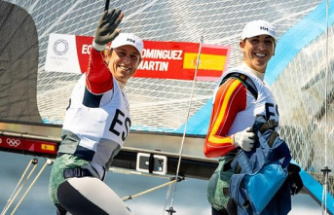 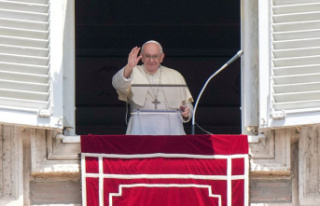