The Second Vice President, Yolanda Díaz, has reproached the President of the Government that the increase in Defense spending by 1,000 million euros through an extraordinary loan was not agreed with United We Can. 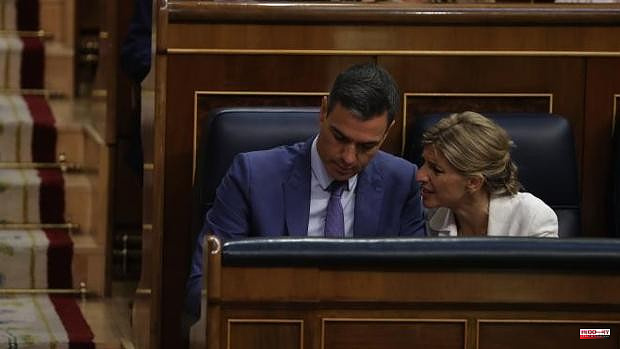 The Second Vice President, Yolanda Díaz, has reproached the President of the Government that the increase in Defense spending by 1,000 million euros through an extraordinary loan was not agreed with United We Can. Díaz has asked Pedro Sánchez for "respect" for his political allies and for the opposition. In addition, the vice president has lamented that it will not have an impact on Navantia's activity in Ferrol, as the Minister of Defense, Margarita Robles, has pointed out, but that it will mostly be for the acquisition of more military material.

The Council of Ministers will specifically approve 1,017 million euros for the Ministry of Defence. This is the first economic injection in Defense after the NATO summit, in which Spain promised before its international allies to allocate 2 percent of its GDP before 2029.

That is, to go from 14,218 million to about 28,000. "The president of the government has been clear and diaphanous in relation to the European commitment to reach the military spending target of 2% of GDP in 2029," they explain from the Government.

Robles responded this Monday to the criticism of the Podemos leader and Podemos minister, Ione Belarra. "Spending money on weapons at the request of a foreign power instead of investing it in better health, better education and more social protection, is not part of the budgets that our country needs," Belarra snapped at the party's leadership in the early hours of the day Robles said hours later that it would be necessary to see if Díaz came out to criticize the increase in spending and to say that "they stop building frigates in Ferrol." In reference to the Navantia shipyards in the town.

The decision has not gone down well in United We Can, who were unaware that it was going to take place tomorrow at the coalition cabinet meeting. «The forms in politics are very important, I believe that in matters of such sensitivity, such as the Defense of our country, they must be taken in an appropriate manner with respect for the allies and with democratic respect for the General Courts because the opposition forces They have the right to know what is being done”, Díaz reproached, at the presentation of an issue on the economy of the magazine 'Temas'.

Sources from the socialist part of La Moncloa explain for their part that "all the ministerial departments" were informed of the proposal at the meeting of the General Commission of Secretaries of State and Undersecretaries that was held last week. "The proposal was studied and validated without any type of intervention against it," they insist from the socialist flank.

The vice president has asked the PSOE that these debates be carried out "in a prudent and serene manner." And she, visibly upset by Minister Robles' statements, has asked that it not be said that the 1,000 million euros are "for the workload in Navantia". Two thirds will go to weapons and equipment, and the rest will be for ordinary expenses.

"The agreement to raise 1,000 million euros more for Defense has nothing to do, and I'm sorry, with the workload for my region of Ferrol, or Cádiz, and I'm sorry," replied Díaz, who He has specified that some 650 million are for weapons.

1 End to hell squat of Blanca and Miguel: the sick marriage... 2 Ukraine creates a $750B "recovery plan"... 3 Japan visits Russia and China warships close to disputed... 4 General declares that the military must leave Sudan... 5 Rescued 4th Crew member from a sinking ship south... 6 French president reshuffles Cabinet after election... 7 Sydney is in the fourth round of flood misery after... 8 Argentina peso drops as left-leaning economy minister... 9 US claims that Israeli military gunfire may have killed... 10 Mexican bishops will place photos of deceased priests... 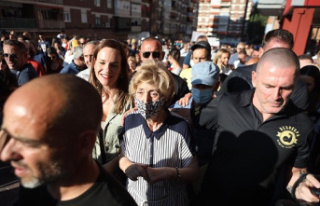 End to hell squat of Blanca and Miguel: the sick marriage...