Five years ago, Blanca and Miguel rented their apartment in Fuenlabrada to a married couple, but their nightmare soon began. 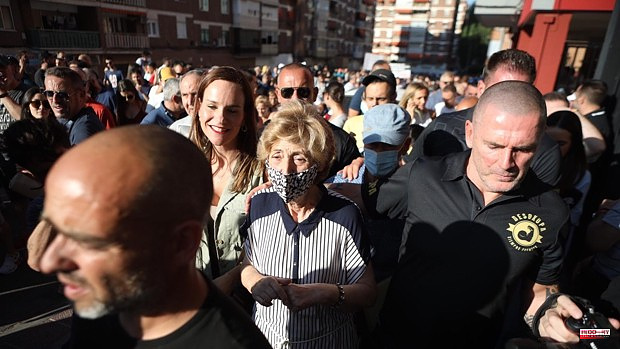 Five years ago, Blanca and Miguel rented their apartment in Fuenlabrada to a married couple, but their nightmare soon began. A year later, the tenants decided to stop paying the rent, with monthly payments amounting to 600 euros. This Monday, Blanca and Miguel -she, sick with cancer and he, with Parkinson's- have recovered their house thanks to neighborhood pressure.

At 7:00 p.m., a hundred people have gathered in the vicinity of Calle de Viena, in the southern municipality of Madrid. "Squatters no, security in our neighborhoods", could be read on the banners displayed on public roads, at the entrance of the building. Fifteen minutes later, the good news has arrived: the squatters will leave this Tuesday or Wednesday, as soon as they collect their belongings, the house.

"We are very happy, finally, finally," said Blanca, the owner, when she entered the building, protected by agents of the National Police so that there were no altercations. Some of the protesters have attempted to force their way into the block, hitting and pounding on the glass door at the entrance. «It could be your grandparents who steal the apartment. They better hang up their caps if they don't do their duty," some of them have shouted, criticizing the police presence. Precisely that, doing their duty, was what the agents have done.

"Now this is also your house," Blanca added, by way of thanks, addressing all the people from Fuenlabrada who supported her, in the presence of Desokupa, a company that offered to help them when they heard about her case. They have not yet been able to access the home, they will do so in 48 hours, when the until now residents give them the keys.

"It's horrible, I don't wish it on anyone. I have not done anything wrong and we do not understand how this is happening to us, "said the couple on Telemadrid, a week and a half ago, when they told their case:" We need to have peace the days we have left. As she explained before the cameras, she has cancer and her husband, Emilio, Parkinson's.

"We need housing," they stressed. He stated that after the contract expired, they extended the rent for six months due to the pandemic. "And now they're not leaving," he added. The squat recognized the facts before Telemadrid. “Where am I going to go with four children? If I return the house to them, where do I go? », She asked and assured that she would only leave with a court order. Now, without order, they will leave the house that the marriage needs.

1 Ukraine creates a $750B "recovery plan"... 2 Japan visits Russia and China warships close to disputed... 3 General declares that the military must leave Sudan... 4 Rescued 4th Crew member from a sinking ship south... 5 French president reshuffles Cabinet after election... 6 Sydney is in the fourth round of flood misery after... 7 Argentina peso drops as left-leaning economy minister... 8 US claims that Israeli military gunfire may have killed... 9 Mexican bishops will place photos of deceased priests... 10 Voting begins in Papua New Guinea's general elections 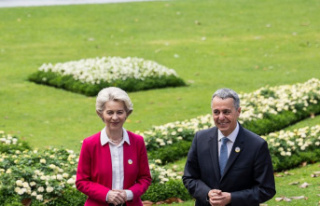