Aleix's first warning for the World Cup: pole position at home and favorite in Montmeló

Mia and Max were the happiest kids in the world this afternoon. 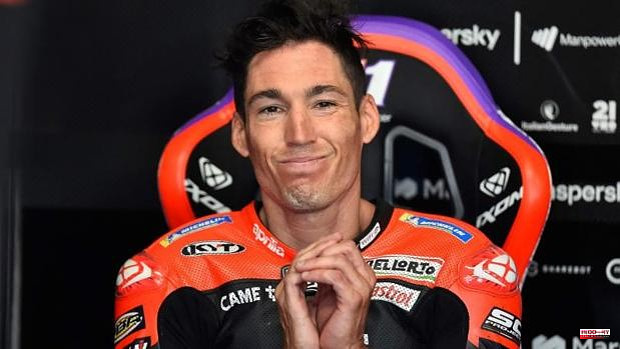 Mia and Max were the happiest kids in the world this afternoon. They were both waiting for their father, who had just taken pole position for tomorrow's race. Aleix Espargaró hopes to seal off a perfect weekend with a victory tomorrow. After dominating free practice 2, 3 and 4, he also achieved first place in Q2, displacing drivers such as Pecco Bagnaia or Fabio Quartararo, who will share the front row with him. The Catalan will seek tomorrow the assault on the leadership of the World Cup at home, in Montmeló. Only eight points separate him from Fabio Quartararo, who leads the championship. «It has been very difficult, much more than it seems. It was the most complicated lap because the temperature was very high.

We had to play to the limit the whole lap and the times we've done have been stratospheric”, explained the exhausted Aprilia rider.

Aleix Espargaró is no longer a surprise. The Aprilia rider demonstrates race by race his consolidation in the World Championship and presents his cards to achieve an unthinkable title at the beginning of the year. Aleix flew in the third free practice this Saturday to the point that he broke the Circuit record while the rest fought to avoid the playoff. His brother had less luck. Pol had an accident at turn 5 when he lost his front end but the Honda rider got up and ran for his second bike. In the end, the ten drivers who qualified for Q2 were Aleix, Zarco, Martín, Bagnaia, Miller, Quartararo, Marini, Pol, Rins and Di Giannantonio. Viñales, Bastinini, Mir, Bezzecchi, Morbidelli, Brad Binder, Nakagami, Oliveira, Álex Márquez, Dovizioso, Pirro, Darryn Binder, Gardner and Raúl Fernández were forced to fight for the second place in the playoffs.

After an eventful round in the free quarters, with falls of Alex Márquez (the Catalan was quite stunned and had to go to the circuit's medical center) and Brad Binder, Aleix Espargaró led again, presenting his candidacy for pole. Maverik Viñales (Aprilia) and Nakagami (LCR Honda) were the two drivers who made the cut and got into Q2. They are classified, starting from thirteenth, in this order: Bezzecchi, Bastianini, Binder, Oliveira, Mir, Morbidelli, Dovizioso, Gardner, Bradl (Marc Márquez's replacement), Pirro, Binder, Raúl Fernández and Álex Márquez. The final round started with Quartararo advancing, giving a blow and placing himself in first place, while the favorite, Aleix Espargaró, placed third and retired to the box shaking his head. With two and a half minutes remaining in the session, Pecco Bagnaia took the lead, making pole position expensive. A mirage. It was Aleix's weekend, who after dominating free practice 2, 3 and 4, once again smashed his own time, stopping the clock at 1:38.742. By 31 thousandths, he stayed on pole ahead of Bagnaia and Quartararo.

1 The way we pronounce Uvalde speaks volumes about the... 2 Sanchez and Casado pass an exam in Castilla y Leon... 3 Chicago archbishop joins the call for gun safety legislation... 4 With 23 diverse proposals, the OCG returns sound and... 5 Rafael Quirosa: "The neighbourhood associations... 6 After McCormick concedes, Dr. Oz wins Pennsylvania's... 7 Warning for tropical storms in parts of Florida 8 Today marks the start of the first private mission... 9 Castilla y Leon was home to the distant cousins of... 10 Real Madrid's Bale Says Goodbye to Bale: "It... 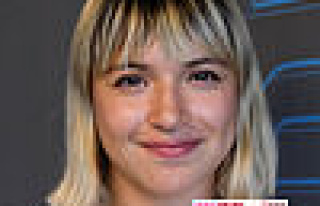 The way we pronounce Uvalde speaks volumes about the...