With 23 diverse proposals, the OCG returns sound and social normality to sound.

The City of Granada Orchestra presented the Manuel de Falla Auditorium as its home, the program it will be developing during the next 2022-2023 season. 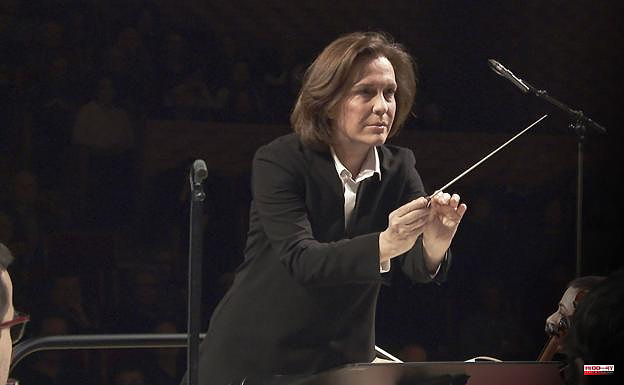 The City of Granada Orchestra presented the Manuel de Falla Auditorium as its home, the program it will be developing during the next 2022-2023 season. It did not include any educational concerts. The OCG will offer 23 programs, with 30 scheduled appointments between September 16th and May 25th. This season will see some of the most prominent national figures pass through Granada. There will be two directors on the stage and the artistic director Lucas Macias will be present. You can see that almost half of the programs will actually be directed from the stage by figures 'of house' if you add the six programs he will direct and the two by Swensen. Harry Christophers will be the guest conductor for the opening concert.

It is interesting to note the presence of pianists like Josu de Solaun (probably the best Spanish interpreter of the keys 88 keys) and Juan Carlos Garvayo, Motril's National Music Prize winner, who are also soloists and active on both national and international circuits. Kiki Morente, Esther Crisol and Esther Crisol are other Granadans that will be present in the programming. They both play eminently flamenco music, which is quite logical. To get a pulse on the Andalusian orchestral structure, it may also be interesting to see the Cordoba Orchestra in the Andalusian Orchestras exchange Program. They will be in Granada March 31.

The OCG wanted to pay tribute to flamenco in the overall year's panorama. It has planned three concerts. The first is 'El amor brujo,' featuring Alba Molina as soloist. The second is a tribute to Lorca’s 'Llanto por Ignacio Sanchez Mejias, which Jose Luis Temes directs. The third program is 'Alegro solea,' which features two contemporary pieces by Antonio Robledo and Laura Vega, Canarian composer.

As in other seasons, there will be a baroque at the start of the season. Haendel will be the main protagonist in this 2022. He will perform 'Music for real fireworks' in the first performance and 'Aquatic music' in the second on September 16th and 23rd. The programs include works by Haydn in the first and Rameau and Carl Phillip Emmanuel Bach in the second. Jose Lopez Montes (also from Granada) will premiere 'Three Warriors' on September 30. This work pays homage three Andalusian artists, Jose Guerrero the painter, Francisco Guerrero Marin the composer with enormous expressive power, and Francisco Guerrero de Burgos the famed Renaissance polyphonist. This work is the title of a recital by Brahms, the always beautiful 'Cancion del Destino,' in which the OCG Choir, under the direction of Hector Eliel Marquez will take part.

The year's last musical quarter will be opened with 'El amor brujo’ by Falla, directed and performed by Macias. It also includes 'En la Alhambra’ by Tomas Breton as well as the suite Canciones y danzas de dulcinea' by Anton Garcia April. On October 14, Laurence Equilbey from France, who has a long history in the choral field, will be the undiscovered star of the season. Josu de Solaun will join her for the overture to "Coriolanus" and "Fantasia," op. 80' by Beethoven and Louise Farrenc’s 'Symphony no 2'. Swensen will conduct October's last concert before the second flamenco program. Macias will be back in November with a program of Strauss and Rachmaninov, while Sandro Gechehkori will perform as a soloist. The month will close with 'La Musica de las Spheres, the absolute premier of Badajoz Iluminada Perez Frutos from Granada, with Julio Garcia Vico on the palette.

This season, Lucas Macias will be appearing in six programs. / RAMON L. PEREZ

December will be the month for 'El Mesias,' this year directed and performed by Aaron Zapico. Carlos Mena, another friend, will also be in the cast. 2023 will open with Antonio Mendez directing 'Renderings' by Luciano Berio, and 'La Large’ by Schubert. Pablo Gonzalez, head of the RTVE Symphony, will perform Shostakovich’s 'Ninth'. In February, the Orchestra and its Choir will perform Brahms’s 'Tercera’ with Zacharias. Swensen will be accompanied by Adam Golka, an American pianist of Polish heritage, to perform the symphonic dancings from Bernstein’s film 'West Side Story' and Gershwin’s 'Rhapsody in blue' in March. Barber's well-known "Adagio to strings" completes the proposal.

Macias will be performing Beethoven's Concerto for violin, orchestra, and orchestra in D May, Op, 61' after the March concert featuring guests from Cordoba. Two dates are scheduled for May: Zacharias with a Schumann Monograph, and again - let’s see if the streak ends - opera concert version to close the season. In this case, 'El rapto en el Serrallo’ by Mozart with Macias on the stage and soloists still to be determined.

Kiki Morente is one of the flamenco guests. / FERMIN RODRIGUEZ

The program currently includes four family programs, including the classic Christmas carol. The presentation stopped mentioning money for the first time. But, it is important to remember that money is not being talked about anymore. Three 'paganini" institutions, the City Council and the Board, were congratulated by their representatives for the social peace around the orchestra. A duet clapping concert performed by Jaume Esteve (percussionists from orchestra) was a great sign for what, we believe, could be quiet year in terms both of health and finances.

1 Rafael Quirosa: "The neighbourhood associations... 2 After McCormick concedes, Dr. Oz wins Pennsylvania's... 3 Warning for tropical storms in parts of Florida 4 Today marks the start of the first private mission... 5 Castilla y Leon was home to the distant cousins of... 6 Real Madrid's Bale Says Goodbye to Bale: "It... 7 After backlash against gun control support, Buffalo's... 8 Maracena Cadet Handball is one goal away of being... 9 San Francisco is getting driverless taxis 10 60% of SMEs ask for the 12,000 euro Digital Kit 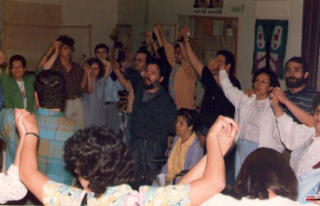