World Cup preparation in Oman: work and beach: Flick is looking for the right mix for Qatar

Thomas Müller sat on a cool box at the edge of the field and watched his World Cup colleagues during the first training session in Oman. 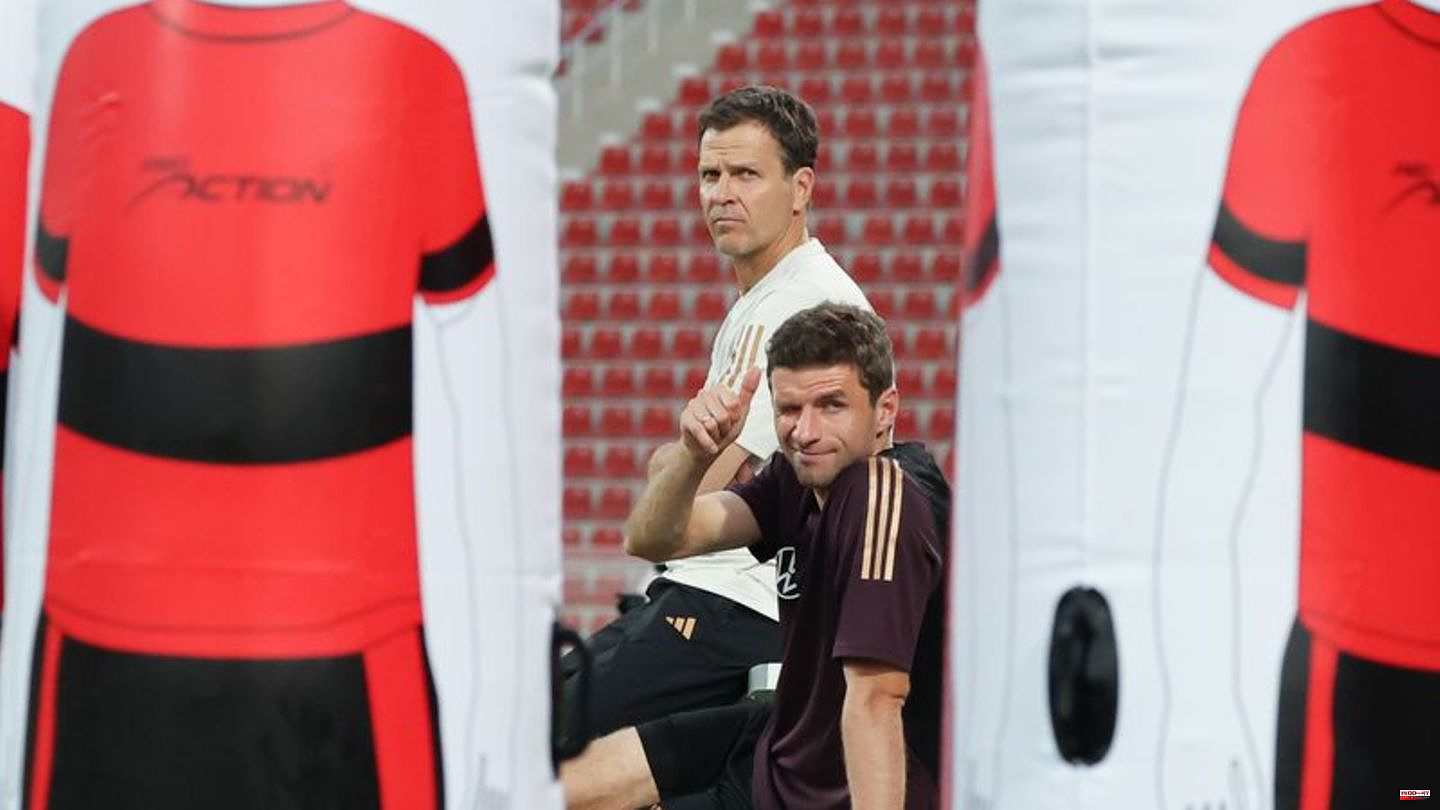 Thomas Müller sat on a cool box at the edge of the field and watched his World Cup colleagues during the first training session in Oman. All that was left for the actual leader of the national soccer team in the Sultan Kabus Stadium was a chat with DFB director Oliver Bierhoff.

In addition to Müller, Antonio Rüdiger was also missing, which 27 hours before the last test run for the World Cup on Wednesday (6:00 p.m. / RTL) against Oman’s selection raised questions about the duo’s necessary tournament fitness, which due to physical problems last played at FC Bayern and at Real Madrid had already paused in league operations.

Attacker Müller and defense chief Rüdiger trained individually in the morning, as the DFB announced. After the training session, which was only initially open to the media, national coach Hansi Flick should provide more information in his press conference. The fact that the Frankfurt returnee Mario Götze and Freiburg's Matthias Ginter and Christian Günter did not train with the team was justified by the fact that the three field players had only recently been active in the Bundesliga and should therefore still regenerate.

Sleep in, acclimatize - and get right back to work - that's what the 20 players in the team training session said only 17 hours after arriving in Muscat. The 994th DFB international match exactly one week before the emergency against Japan will only be a World Cup dress rehearsal to a limited extent. Because Flick is not yet planning with his dream eleven for the very important group start against Japan exactly one week later in Qatar.

In the luxury hotel on the Persian Gulf with all the amenities such as a pool, spa and private beach, the 25 World Cup players who had traveled to the hotel, with the exception of goalkeeper Marc-André ter Stegen who was ill, were allowed to relax for a few hours. It is important to cope with the climate change from the German autumn to the challenging desert weather during the day and the time change of plus three hours as quickly as possible. "It's good to be there beforehand and to accept the temperatures and the times of day. That was important to us," Flick had already emphasized in advance.

Get security in the test match

Of course, the national coach is also leading the way in the Sultanate. The DFB entourage had arrived in the quarter at night in two buses labeled "Germany Football Team" by the host. Flick was the first to walk past a few onlookers and, after a short "Servus", carried his trolley case up a steep flight of stairs. Then the 57-year-old disappeared in the direction of the lobby, as did the ever-smiling national team returnee Götze. Time is of the essence, a World Cup tournament in the middle of the season is new territory for everyone.

Flick has to look carefully and weigh up how he deals with his players. "Everyone has a lot of games in their legs. So it's important for us, especially in the first few days, to see who might need a little break," he said of his thoughts. Long-term performers like Joshua Kimmich, Ilkay Gündogan or the offensive magician Jamal Musiala, who has long since shot up to become a big tournament trump, could also be partially spared against Oman. Flick is allowed to make six changes during the friendly game.

The second international match against Oman is important - after a 2-0 win in February 1998 - but it is. "We only have one test game left. It will be important that we also get security," said captain Manuel Neuer, who seems ready for his fourth World Cup tournament as number 1 in goal after his shoulder injury. His long-time companion Müller, who had to sit out for weeks at Bayern Munich due to multiple problems (back, hips, adductors), is out of rhythm.

Antonio Rüdiger was also recently withdrawn from competitions at Real Madrid due to hip problems. But there was a close exchange between the DFB doctors and the Real doctors. "Toni is our defense chief," said Flick about the importance of the 29-year-old. That's another reason why there was no place in the squad for Mats Hummels. The Dortmund veteran with leadership claims could possibly have impaired Rüdiger's creative freedom and his chief role, as well as the position and status of BVB colleague Niklas Süle. In the center of defence, coaches don't like to change players during a tournament.

In the offensive area it is different. That's why Götze can hope to celebrate his international comeback against Oman after five years without playing for Germany and then get a fulfilling tournament role in Qatar. The form of the final hero of 2014 is correct. "The last games were at a very high level," praised Flick.

Perhaps the national coach will also let 17-year-old Dortmunder Moukoko and Bremen's striker Niclas Füllkrug (29), who was called up late, make their debut in the senior team at the first opportunity and thus make them full national players before the start of the World Cup.

Almost a third of the Germans trust Flick and his team in Qatar to reach the World Cup semi-finals. This is the result of a representative survey by the opinion research institute YouGov on behalf of the German Press Agency. However, 20 percent of those surveyed expect a knockout in the semifinals. in the title fight. Only 7 percent believe in winning the title, 4 percent expect a defeat in the final on December 18th. 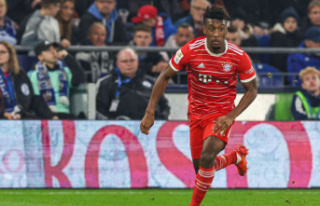 How Kingsley Coman evaluates his first half of the...