Louis van Gaal enjoyed the victorious start of the World Cup for a while on the sidelines, then the Bonds coach gave up his notepad and pen and congratulated his Oranje stars. 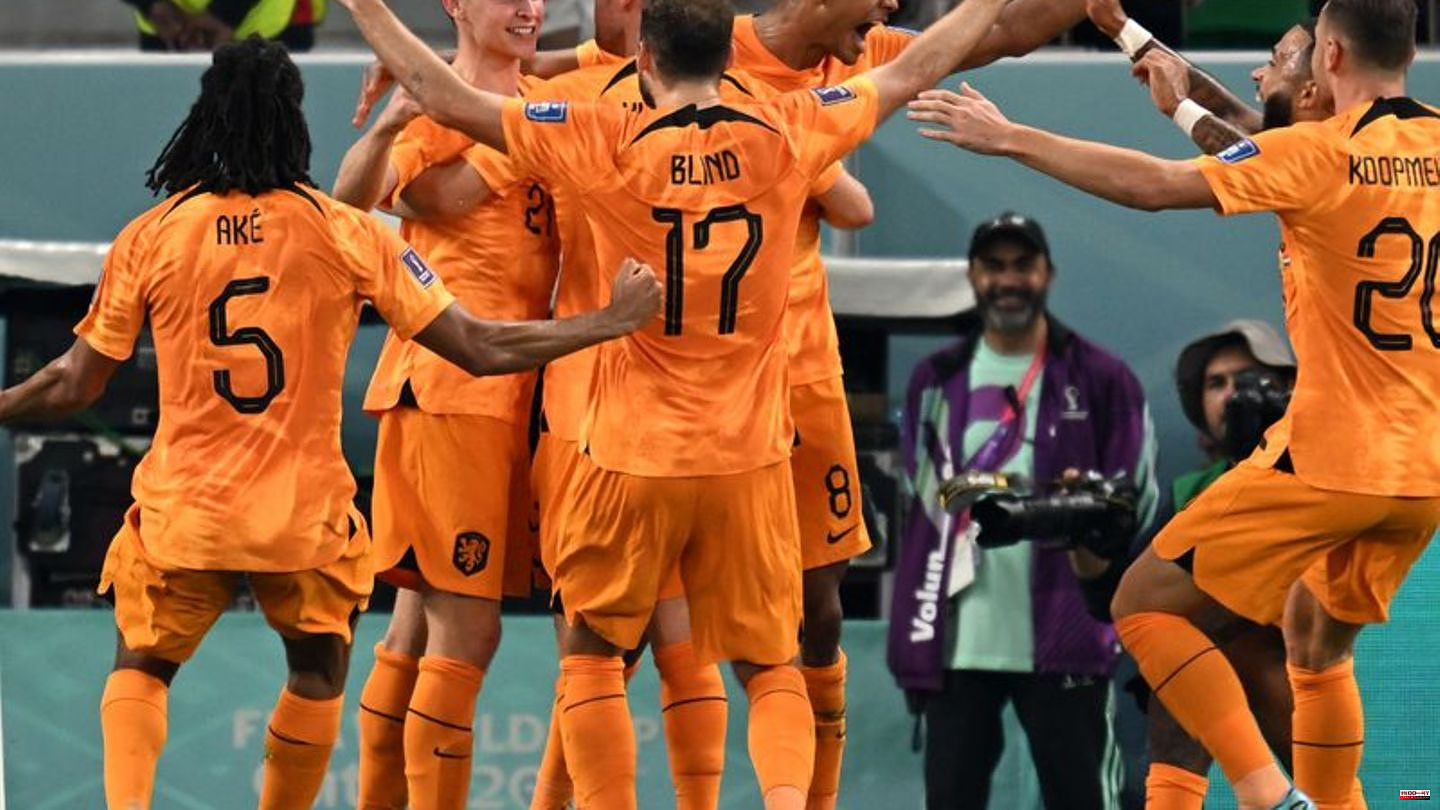 Louis van Gaal enjoyed the victorious start of the World Cup for a while on the sidelines, then the Bonds coach gave up his notepad and pen and congratulated his Oranje stars. The self-proclaimed title contenders, the Netherlands, didn't shine like a world champion in the hard-fought 2-0 (0-0) win against African champions Senegal in Doha, but at least avoided a false start at the World Cup thanks to a successful final sprint.

Youngster Cody Gakpo (84th minute) and former Bundesliga professional Davy Klaassen (90.9) scored the late goals that saw Oranje start the World Cup victoriously for the fourth time in a row. However, there was no sign of the title maturity that van Gaal attested to his team for long stretches. "I think we can play much better. But of course the win gives us a good feeling," said goalscorer Gakpo. "It's nice to score again."

Rarely did the Elftal flash its class

The Senegalese, who traveled to the World Cup without their injured Bayern star Sadio Mané, now have to score points in the other group games against Qatar and Ecuador. Then keeper Edouard Mendy, who gave a bad figure at 0: 1 and was not blameless for the second goal conceded, can't afford any more mistakes.

Eyes were on Netherlands captain Virgil van Dijk before kick-off in front of 41,721 spectators at Al Thumama Stadium. But Liverpool's star defender had - as expected - bowed to FIFA pressure and waived the "One Love" armband. Holland had actually wanted to start a symbolic campaign together with other European countries, but FIFA threatened sanctions.

There was no political sign, and no sporting sign until the winning goal. His team could become world champions, van Gaal had said. However, Elftal's performance was far from world champion. Far too seldom did the Oranje football artists let their class flash, and even in the top-class defense with van Dijk, Bayern defender Matthijs de Ligt and Nathan Ake there were always gaps against the uncomfortable African champions.

The game of the van Gaal team was not exhilarating

The Senegalese have to do without their most powerful weapon. Bayern superstar Sadio Mané injured his shinbone head before the tournament and has since had surgery. The striker encouraged his team-mates from afar, while inside the stadium the Teranga Lions received loud support from their non-stop beating fans. Even the Oranje supporters could hardly be heard.

The game of the van Gaal eleven was not intoxicating anyway. In the first half, there were occasional threats in front of the Senegalese goal when Steven Bergwijn slipped past a fine cross pass from Gakpo (4') and midfield star Frenkie de Jong made two hooks too many in front of goalkeeper Mendy (19').

On the other side, the West Africans, who had shocked world champions France 20 years ago at the start of the World Cup, tried again and again with pinpricks from a compact defense. But a striker like Mané was irreplaceable. Debutant Andries Noppert was hardly challenged in the Dutch goal.

After Mané, the guests were spared the second World Cup failure before the start of the tournament. Shortly before the game, Ismail Jakobs, who was born in Cologne, received permission to play from FIFA. The full-back, who had become European champion with the German U21 in 2021, had adopted his father's nationality. Jakobs came into play in the second half.

After 53 minutes, van Gaal finally had a chance to score - after a set piece. But van Dijk's header went over the goal. The offensive game was still paralyzed. The bonds coach brought in the long-injured star striker Memphis Depay after just over an hour. But first Iliman Ndiaye checked the Oranje keeper Noppert (65th). When everyone had expected a draw, Gakpo and Klaassen struck.

1 Schalke is looking for a sports director: will you... 2 Mysterious figures: Netflix series "1899":... 3 Out of frustration with Henry Cavill?: "The Witcher"... 4 Advice from the job coach: Breaking the negative spiral:... 5 Sleep medicine: New sleeping pills promise a good... 6 Insomnia: Do you have trouble sleeping? We show the... 7 Joss Stone on her second child: 15 angels assisted... 8 Conflicts: Erdogan considers ground offensive against... 9 Conflicts: Violence during protests in Iran - footballers... 10 Accidents: car crashes into small truck: two critically... 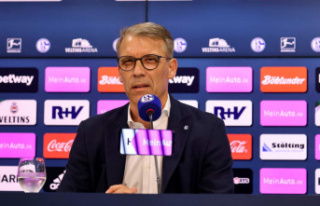 Schalke is looking for a sports director: will you...