FIFA President: Gianni Infantino Distraught With Selfie Next To The Coffin Of The Late Pele 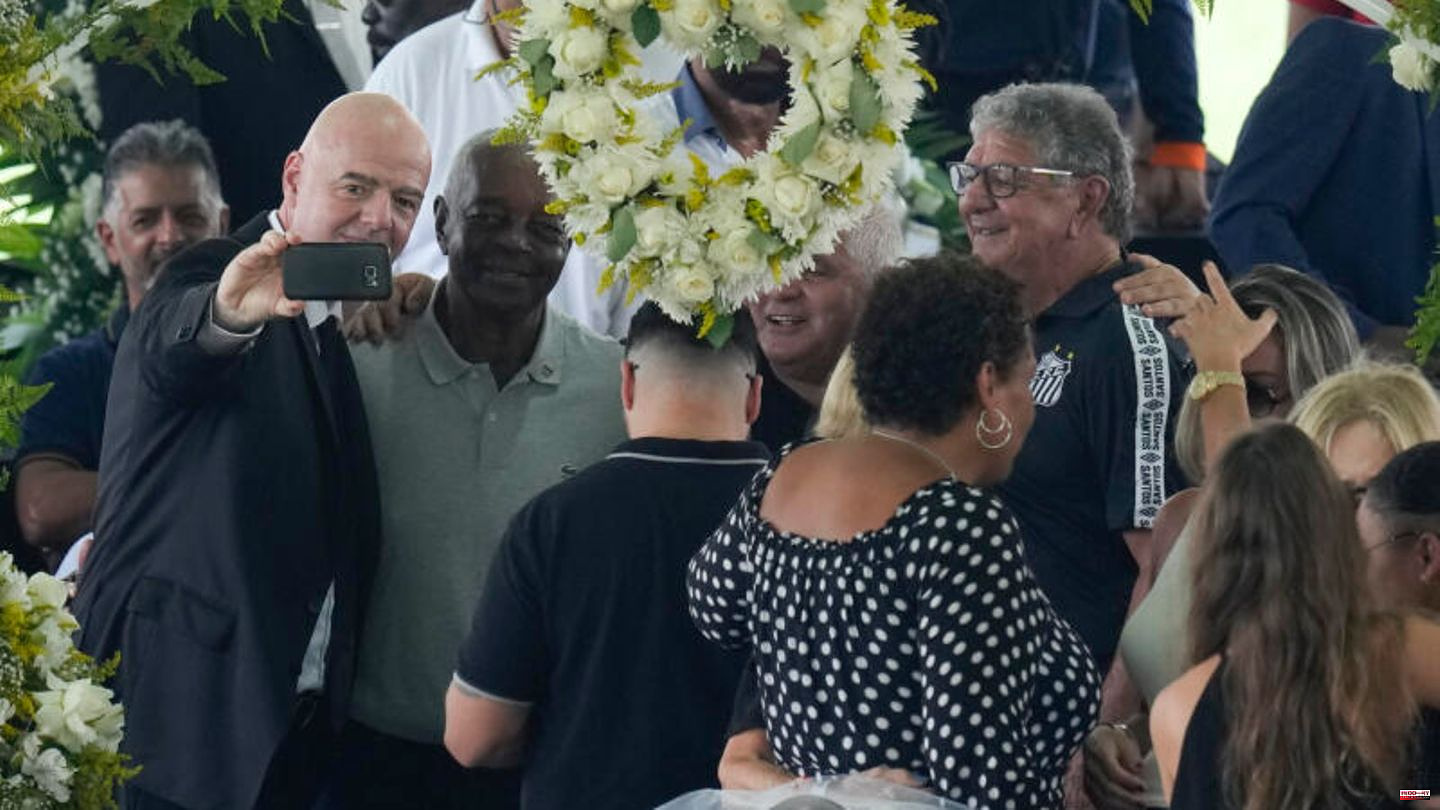 Gianni Infantino once again draws outrage. The massively controversial and criticized FIFA President caught the eye with a selfie next to the grave at the funeral service for the late football legend Pelé in Brazil. A lot of people find that tasteless.

The sports world said goodbye to "soccer king" Pelé on Monday. In Santos, the deceased icon lay in state on the coffin, fans and companions paid their last respects.

FIFA boss Gianni Infantino also came to the funeral service. The Swiss made a negative impression there. He posed for a photo selfie with ex-FC Santos players like Lima, a few meters from Pelé's corpse. There was a smile - but also from the Brazilian ex-players who posed.

The 52-year-old has not yet posted the photos himself. On Instagram he showed pictures of the funeral service and himself filling out the condolence book.

"Pelé is eternal. We are here in great emotion and sadness, but also with a smile - because he gave us many of them," said Infantino. As a souvenir of Pelé, he has his own idea as a major project: "We will appeal to all football associations in the world to name at least one stadium in the country after Pelé. The youth, the coming generations, should know and remember who Pelé was and what joy he gave to the world."

After a funeral procession through the streets of Santos, which is also supposed to pass by the house where Pelé's 100-year-old mother lives, the idol will be buried with the family on Tuesday. Pele is buried in the Hochaus Cemetery in Santos, his homeland.

1 FIFA President: Infantino takes selfie at Pele's... 2 "Avatar: The Way of Water": Epic dominates... 3 Rammstein singer: Between provocation and poetry:... 4 Federal Statistical Office: Inflation in Germany will... 5 Prices: Annual inflation in 2022 at a record high... 6 Formula 1 legend: His children congratulate Michael... 7 Presidency of the US Congress: Republican power struggle:... 8 Forsa ranking: Olaf Scholz loses a lot of trust. Is... 9 Survey: Many Germans struggle with their cities and... 10 Netflix series: Mystery drama "1899" is... 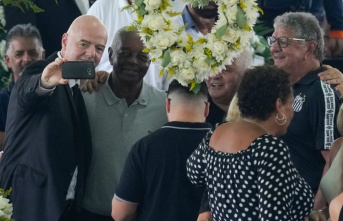