Scores of people have been arrested in the largest wave of protests in China in decades. 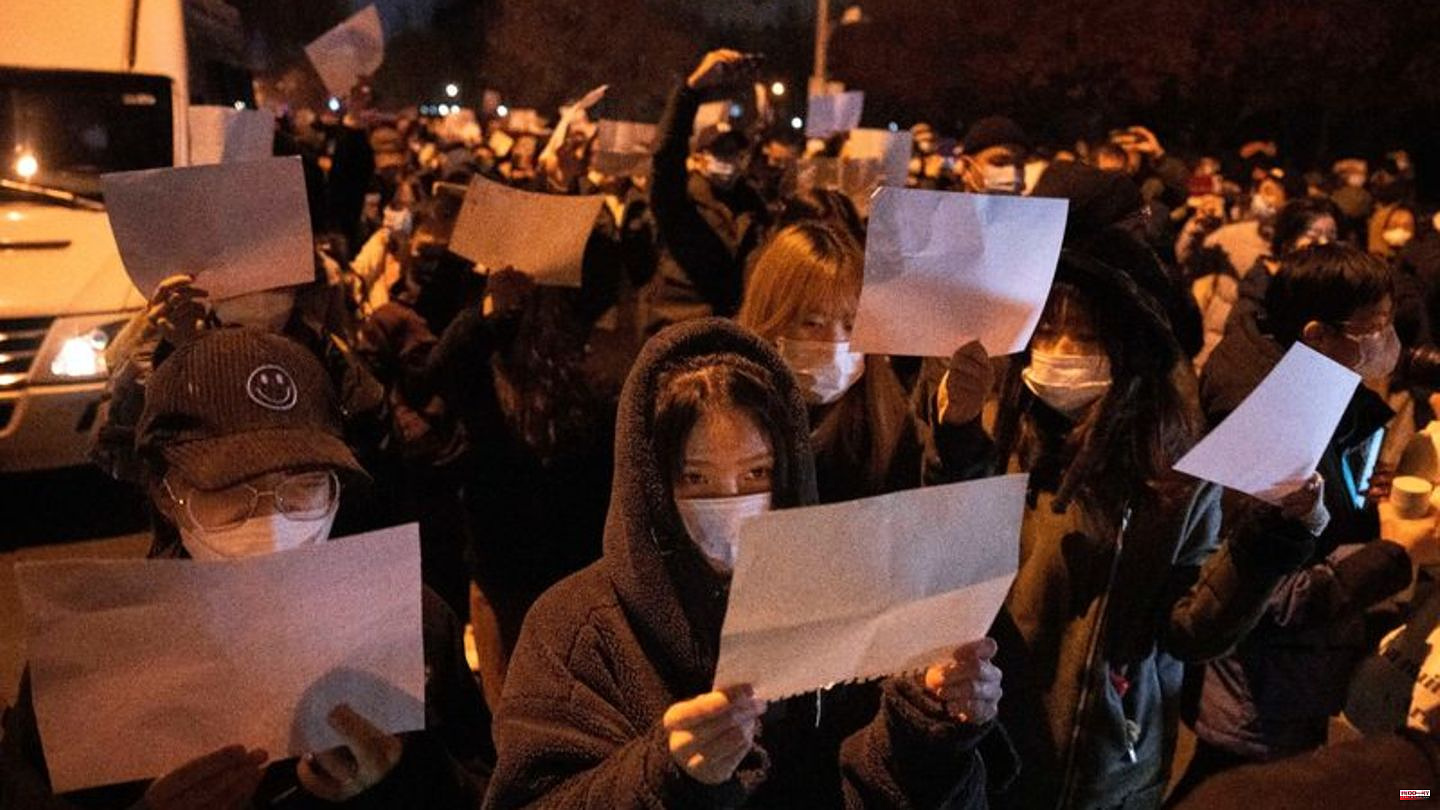 Scores of people have been arrested in the largest wave of protests in China in decades. The weekend demonstrations lasted in many cities until Monday night. The people's displeasure is directed against the strict measures of the Chinese zero-Covid policy such as repeated lockdowns, mass tests and forced quarantine.

In the early hours of the night, a large contingent of police in the capital Beijing took action against hundreds of protesters near the diplomatic district.

As a symbol of resistance and protest against censorship, many demonstrators held up blank white sheets. Slogans like "lift the lockdown" and "we don't want PCR tests, we want freedom" were shouted. There were also protest marches in other megacities such as Shanghai, Chengdu, Chongqing, Wuhan, Nanjing and Guangzhou. Dissatisfaction is also stirring at universities such as Tsinghua University in Beijing. It was unclear how many people were arrested. China was in virtual news blackout.

BBC reporter Ed Lawrence was arrested in Shanghai and said he was mistreated by police officers. "The BBC is extremely concerned at the treatment of our journalist Ed Lawrence, who was arrested and handcuffed while covering the Shanghai protests," said a spokesman for the British broadcaster. Lawrence was punched and kicked by police officers when he was arrested, even though he has accreditation as a journalist. He was only released hours later.

These are the largest protests in China since the democracy movement in 1989, which the military brutally crushed on June 4 of that year. Social media were full of video recordings, which were quickly deleted by the censors. The trigger for the rare public expressions of displeasure was a house fire in the metropolis of Ürümqi in Xinjiang in north-west China on Thursday evening, killing at least ten people. Many expressed the suspicion that the rescue work had been hampered by the strict corona measures.

Whole blocks of flats sealed off

Due to the extremely rigid measures taken by the authorities in the fight against the corona virus, dissatisfaction among the population has been increasing for weeks. Many megacities are largely paralyzed. People are bothered by the constant tests, curfews, forced quarantines, close surveillance by corona apps and contact tracing with which the authorities are trying to get a grip on the easy-spreading omicron variants of the virus.

Even in the case of individual infections or suspected cases, entire blocks of flats and residential complexes are cordoned off. Angry residents tore down cordons in Beijing and elsewhere. Shops, restaurants and schools are closed in the capital. Experts estimate that a fifth of the second largest economy and thus hundreds of millions of people across the country are likely to be affected by lockdowns. Many companies are reaching their limits. Employed workers and migrant workers in particular often have to accept painful wage cuts.

Corona peak in the country

Despite the rigorous action against the virus, the billions of people are currently being hit by the worst corona wave since the pandemic began almost three years ago. The Health Commission reported a record high in the country on Monday with around 40,000 new infections. In Beijing there were almost 3,900 cases.

Deputy FDP parliamentary group leader Alexander Graf Lambsdorff told the German Press Agency: "I have long believed that the Chinese Communist Party's zero-Covid policy is doomed to failure. The pressure among the population is increasing like in a steam boiler and breaking now for the first time train." The combination of corona protests with demands for freedom and democracy in higher education has "a new quality".

In the Politburo and Central Committee of the Chinese Communist Party, this could only be seen as a threat to their own claim to total power, said Lambsdorff. "One must therefore fear a very harsh reaction from the regime. The protests are still in their infancy. It would be naïve to believe that they could already lead to fundamental changes at this stage." 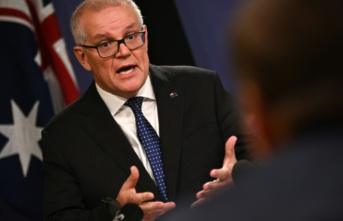