The birthday boy is in a good mood. 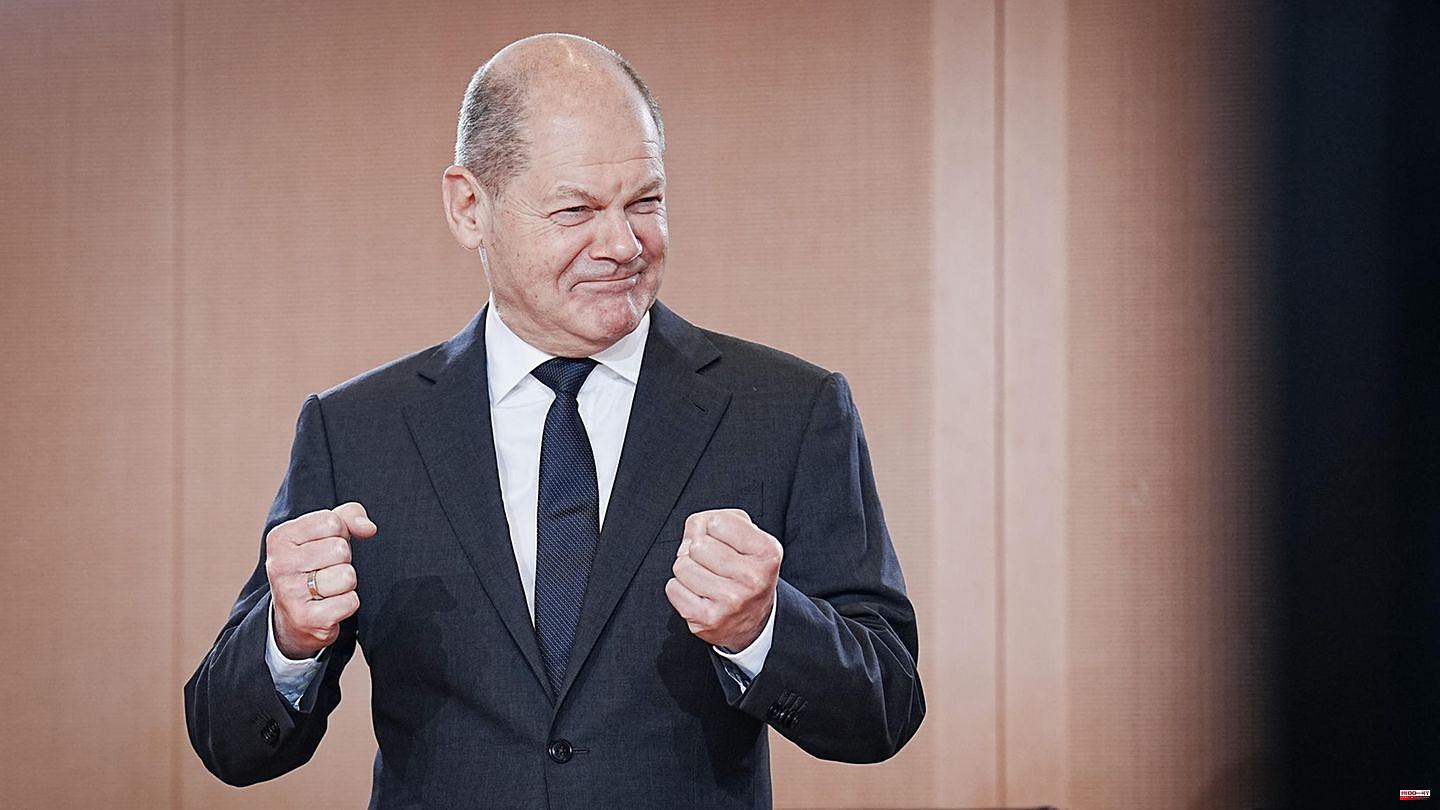 The birthday boy is in a good mood. Olaf Scholz celebrates his first anniversary as Federal Chancellor this Thursday. Shortly after 11 a.m. he appears in the foyer of the Chancellery for his first public appointment, and you can tell that the rest of the day won't be as nice as it is here: After almost half an hour, the chancellor has accepted several gifts , even something to wear is included. And he laughed a few times.

On December 8, 2021, Scholz was elected Chancellor by the Bundestag. At this time a year ago, the Federal President had just appointed him in Bellevue Palace, and Scholz was already on his way to the Bundestag to be sworn in. Such a day as chancellor has many stations and lasts a long time.

The Chancellor's anniversary day is similarly well filled, but now Scholz already knows a bit about the office. This Thursday, the chancellor receives the national team for the first time. Not that of the footballers, although as is well known, they would have had time, but that of the craftsmen. The team is made up entirely of young people who have taken part in the world skills championship, the so-called World Skills, more precisely 37 men and women from 31 professions plus their trainers.

The Germans have won three gold, five silver and two bronze medals in the World Skills, as well as a few medals of excellence. "So that turned out better than in other competitions we just took part in," says Scholz and, as is his way, enjoys his joke with the audience.

The cards that Scholz brought with him for his speech soon disappear in his pocket. A good social democrat can recite the praise of dual vocational training in Germany – practice and school in parallel – by heart, even if they were woken up in the middle of the night. The educated citizen Olaf Scholz follows, who lets us know that the word about a job and the obvious vocation first appeared through Martin Luther's translation of the Bible. According to the Chancellor, this spread the idea that "work is not something you see as a punishment, but something you enjoy doing and also fulfill your social obligations".

With a bit of goodwill, one could almost hear an allusion to his service anniversary in Scholz'''s words, since the first year of this government was quite suitable for chancellor and minister to ask themselves the question: "Why am I doing this to myself? “. It is well known that German chancellors struggle every now and then with working in coalitions: Gerhard Schröder once found the Greens “sucking” and Angela Merkel once appropriated a satirist’s quote that God might have “only created the FDP in order to to examine the CDU". Scholz doesn't say anything like that. On the contrary, he has just announced in an interview that he will run again as a candidate for chancellor in 2025 in order to continue his work with the Greens and the FDP: "I want the governing coalition to be in such a good position that it will be given the mandate again."

Good craftsmanship can't hurt. So watch out now: After Scholz's speech, several participants in the world championship will present their work, although they did not bring the workpieces with which they won their medals. In the case of Jule Janson and Jonas Hopf, the vice world champions in reinforced concrete construction, this would have meant that they would have had to heave material with a total weight of nine tons through the area, which was then decided against in consultation with the Chancellery. "There's also a lot of concrete around here," comments Scholz, looking at his office - the chancellor once again decidedly dry, so to speak.

At the end there is a wooden Christmas decoration, the edges of which are measured with an accuracy of half a millimetre, a digital print with the signatures of all World Skills participants and a small robot on and in front of the table. Scholz reports that he only spoke to the Future Council the day before about how robotics could be advanced. The sponsor of the German World Skills team also presents Scholz with the national jersey, a black polo shirt with white lettering, which Scholz has folded up in the box as a precaution so that a photographer doesn't get the idea that the chancellor could wear it.

But that was already in the cabinet on Wednesday: Olaf Scholz himself surprised his ministers with a bar of chocolate from the Berlin company Ampelmann, flavored "dark". In fact, the government celebrated its anniversary a day early. On the other hand, at the beginning of the cabinet meeting, the news of the raid against Reich citizens who were willing to subvert had already become known, which is why Scholz no longer had to fear being chased out of office before the first anniversary of his taking office because of a coup.

On Thursday afternoon, Scholz then spoke to Bundeswehr soldiers at various locations – via video. This is a date with symbolic content for this special day. The special fund of 100 billion euros for the troops was one of the Chancellor's most far-reaching decisions in his first year. However, most of the total is still on paper. It is not known what feedback Scholz received from Mali or Kosovo that day. The conversation takes place behind closed doors.

In the afternoon, the chancellor then receives the prime ministers of the federal states, which is now almost a routine appointment. The so-called MPKs can no longer be compared with the marathon sessions during the corona pandemic. Instead, it's always about the money, although the chancellor's service anniversary is no reason for the country heads to give gifts. Instead, the chancellor should hand them out nicely to them. The struggle lasts into the evening.

When Scholz then appeared in front of the press with Prime Ministers Stephan Weil and Hendrik Wüst, it was 7:13 p.m. A year ago he had already taken over the chancellor's office a few hours. The chancellor now looks back briefly, because on the first full day of work a year ago, a conference of prime ministers was also on the agenda. That is why it is something "very special" for him that they have now come together again. That reminded him of this "unchanged day that I found very beautiful". More euphoria is not to be expected. And that despite the fact that they even agreed on the Germany ticket. So another kind of gift.

But tomorrow is Chancellor's day again. 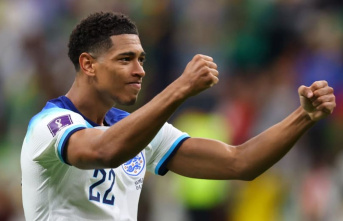 Because of the transfer: Next Bellingham prospect...