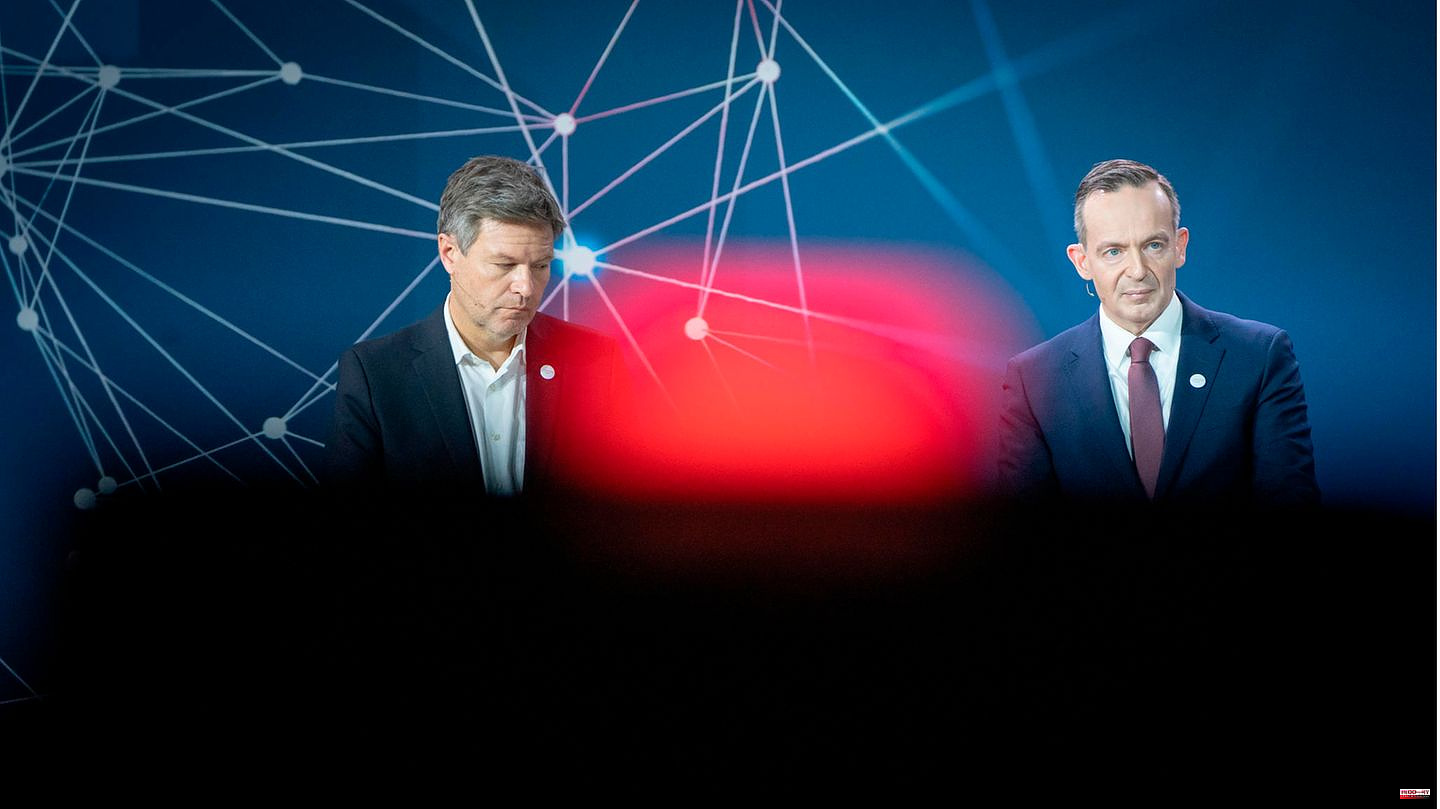 Didn't work out again, Germany missed its climate target again. At least that's what the Agora Energiewende think tank is forecasting, which presented its report on Germany's CO2 emissions on Wednesday. Director Simon Müller spoke of an "alarm signal" if CO2 emissions stagnated "at a high level" - "despite significantly lower energy consumption by households and industry". So what's the problem?

Among other things, in the transport sector, which lags "significantly" behind its climate targets. On the one hand, this is due to the renewed increase in traffic after the corona decline, and on the other hand to the "lack of political measures to reduce emissions," says the report. In other words: Volker Wissing has to deliver.

Last year, the Federal Minister of Transport presented an "immediate program" from the FDP that was intended to ensure compliance with the climate targets in his sector - and was rejected by the Expert Council for Climate Issues as "already unsatisfactory to begin with". Since then he has not made any substantial proposals to reduce greenhouse gases, although the Climate Protection Act also obliges Wissing to do so. The German Environmental Aid even accused the minister of "refusing to work".

Now Wissing makes another advance. In the "Frankfurter Allgemeine Zeitung" (FAZ) on Tuesday, he called for an independent commission of experts to decide on a further extension of the lifespan of the three nuclear power plants. A "technical answer to the question of how we can ensure a stable and affordable energy supply and at the same time achieve our climate protection goals" is needed, says Wissing. Following his line of argument, the "ramp up of electromobility" could be operated both more climate-friendly and more cost-effectively with nuclear power than with climate-damaging coal-fired power.

This finally turns the term debate into a long-term debate, which Chancellor Olaf Scholz (SPD) actually wanted to end with a word of power in October. After the FDP and the Greens got stuck after a long argument about the continued operation of the three remaining nuclear reactors, the chancellor resorted to his directive competence and decreed a compromise: the power plants can continue to run, but "until 15.4.2023 at the latest". From this Thursday onwards, the reactors will still be connected to the grid for exactly 100 days.

Most recently, Bundestag President Bärbel Bas (SPD) also called for "(to) end this debate and push ahead with the expansion of renewable energies". Wissing opposes this. "We don't need any political arguments or dogmatism now," he told the "FAZ". "If we don't want to discuss it politically, then we have to clarify it scientifically." FDP leader and Federal Finance Minister Christian Lindner supported the proposal for an independent expert commission that could help "overcome party-political difficulties".

A change in thinking among the Greens, who were visibly contrite even after Scholz's word of power, is not very realistic. Nuclear power is "expensive and dangerous," said parliamentary group leader Julia Verlinden, again emphasizing the final exit date in mid-April. "Any further attempt to bring an extension of running times into the debate with ever new flimsy justifications will fail and waste energy unnecessarily." A similar argument was made by SPD parliamentary group leader Matthias Miersch, who called on "all coalition partners" to now focus their efforts on expanding renewables.

With Wissing's repeated nuclear push, a coalition dispute about the German climate goals as a whole is also looming, over which Federal Climate Protection Minister Robert Habeck (Bündnis 90/Die Grünen) is watching. After the presentation of the Agora study, he held the Minister of Transport responsible without naming him. "Our problem child is the transport sector, where CO2 emissions have risen again," said Habeck on Wednesday. "All the measures planned so far are not enough to close the large CO2 gap here." There is an "urgent need for action".

The Greens co-chair Ricarda Lang called on Wissing to ensure a reduction in CO2 emissions in the transport sector. "If Germany wants to achieve its climate goals in the future, all areas must deliver: especially the transport sector," she said on Thursday. So far there is "no suggestion" from the Ministry of Transport on how this should succeed. That must change quickly now.

Neither Habeck nor Lang got involved in the long-term debate about the extension of the lifespan, they apparently see no need to scientifically reopen the matter, as Wissing demanded. There isn't much to clarify anyway, as Brigitte Knopf points out. The deputy chairwoman of the expert council for climate issues, who at the time already criticized the presented "immediate program" as insufficient, sees no solution in the latest proposal either.

How nuclear power is supposed to help to significantly reduce emissions in the transport sector seems "a mystery to her," she told the "Süddeutsche Zeitung". "I'm guessing a smoke candle." That would only make electricity "minimally" cheaper, "and it's not sustainable either." It makes more sense to expand green energies. "And by the way, we don't have the problem that we have too many electric cars and no longer know where to get the electricity from," she told the newspaper. "The problem is that diesel and petrol cars are still being bought in this country."

It is true that the Agora study on CO2 emissions in Germany is provisional. The Federal Environment Agency intends to present the official greenhouse gas balance for 2022 in mid-March. But they show a first tendency. Transport Minister Wissing should still have a lot of work to do. And the traffic light coalition may have an even longer term debate.

1 Marder infantry fighting vehicle: Germany is supplying... 2 FDP politicians: Herbst calls for a new start in economic... 3 Pasta made from legumes: Pasta without carbohydrates... 4 Crime: Son of drug lord "El Chapo" caught... 5 Roman Empire: How Augustus brutally ended the reigns... 6 Training board: Vibration board: This is how you effectively... 7 New album: 75 years and not a bit quiet: Iggy Pop... 8 Economy: slump in orders in industry 9 Just a drop of liquid gas: environmental groups say... 10 "Stranger Things": Noah Schnapp talks about... 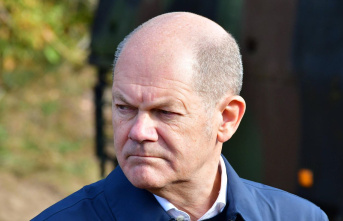