International press review: "A choice between light and darkness": This is how the press celebrates Zelenskyj's symbolic visit to the USA

It was a historic moment: On his first trip abroad since the beginning of the war, Ukrainian President Volodymyr Zelenskyy assured the US Congress in a speech that his country would "never surrender" to the Russian aggressors. 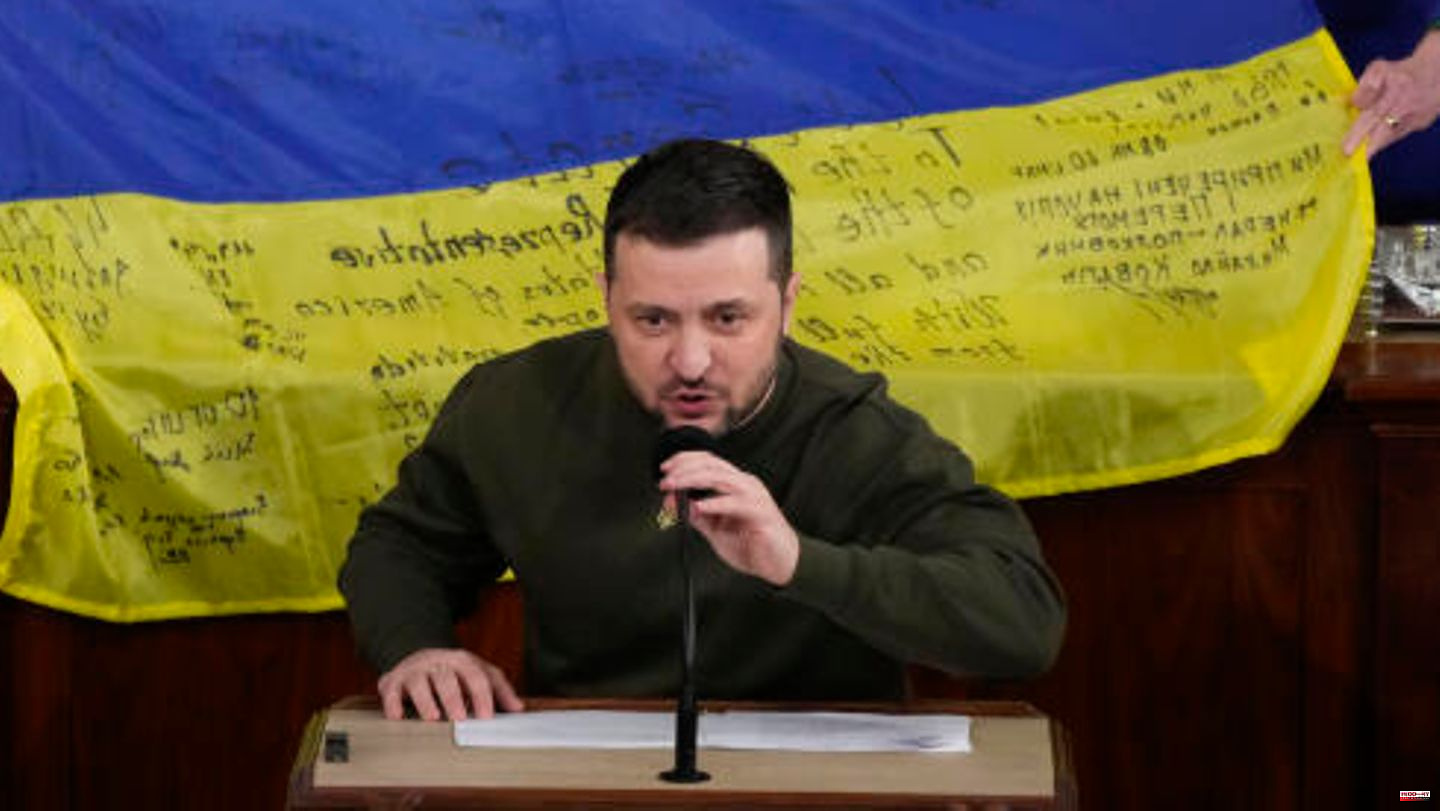 It was a historic moment: On his first trip abroad since the beginning of the war, Ukrainian President Volodymyr Zelenskyy assured the US Congress in a speech that his country would "never surrender" to the Russian aggressors. At the same time he called for further help in Washington on Wednesday and emphasized that this was “an investment in global security” – and “not charity”. "Contrary to all the dark predictions, Ukraine has not fallen," said Zelenskyy. "Ukraine lives and fights."

For his appearance, exactly 300 days after the start of the Russian invasion, both chambers of the US Parliament came together for a joint session. Representatives and senators received the guest with prolonged standing applause.

The international press also found words of praise for the Ukrainian President's performance - and celebrated the newly strengthened alliance between Europe and the USA. The press reviews at a glance.

"Washington Post" (USA): "Ukrainian President Volodymyr Zelenskyy made his career in comedy, but the Russian invasion of his country 10 months ago brought out his talent for drama -- and of the most inspiring kind. (. ..) His speech (to the US Congress) was the culmination of a series of events that included President Biden's official confirmation that the United States would send a Patriot missile defense system to Ukraine."

"The Times" (UK): "His visit underscores the importance of the $20 billion in military aid already provided by the US. It also strengthens President Joe Biden's administration's proposal for a further $45 billion emergency aid package Congress will probably approve this, especially since the Democrats currently still control the House of Representatives.(...) Nonetheless, only ten months ago the USA offered to save Zelenskyj from a probable defeat.Now, however, they are planning how Ukraine can repel and even win any new Russian offensive by Russia."

"Público" (Portugal): "At the press conference with Volodymyr Zelenskyy, the President of the most powerful nation in the world said: 'We will win this war'. This statement (Joe Bidens) not only describes the importance of the visit of the Ukrainian President to Washington, but also everything that is important in these times. And that is the defense of democracy, the sovereignty of states, the right to self-determination of peoples, civilization and peace by the USA and Europe. The symbolism of the meeting between Zelenskyy and Biden affirms an alliance, a choice between light and darkness, democracy and autocracy, sanity and brutality."

"Die Zeit" (Germany): "It was the first time that Zelenskyj has left his country since the beginning of the war, at least the first time that he has done so publicly - on the 300th day of the slaughter. It is a gesture of triumph . (...) Now, 8,000 kilometers further west, he shakes hands with the American President in front of the White House. In Congress he says: 'Contrary to all gloomy predictions, Ukraine has not fallen. Ukraine is alive and kicking - Ukraine is alive.' It's the same message as February, the President lives and is here, powerfully renewed."

"Neue Zürcher Zeitung" (Switzerland): "Ukraine will only be able to avert defeat in its defensive struggle if it receives more than just prestigious receptions and words of encouragement. It is therefore a gratifying sign that the USA is applauding Selenskyj with new commitments for military and economic aid. The latest package also includes for the first time a Patriot anti-aircraft system - a state-of-the-art defensive weapon that promises to alleviate the terror of the Russian air raids and will save the lives of numerous civilians. (...) These ratios make it clear that that after two world wars and the Yugoslav wars it is once again the Americans who are pulling the coals out of the fire in Europe.It is by no means a given that they are not simply watching Putin’s barbarism – if Kremlin admirer Trump were still in the White House today, there would be America is hardly a reliable support for the Ukrainians."

1 MP Eva Kaili: Why the corruption scandal in the EU... 2 Jagoda Marinić: Why contemplation is overrated at... 3 Holidays: "There used to be more tinsel"... 4 Dinslaken: Burglary at the table - toys for children... 5 Plane crash: 'Wonders of the Andes': How... 6 Recordings show: This is how Mbappe motivated his... 7 "Bachelor in Paradise": The biggest scandals... 8 Justin Bieber: Singer Reportedly Selling His Music... 9 Labor market: health insurance evaluation: More absenteeism... 10 European Court of Justice: No compensation for sick... 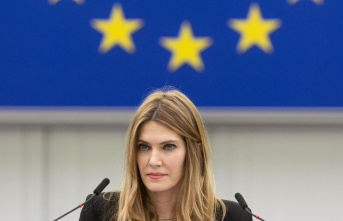 MP Eva Kaili: Why the corruption scandal in the EU...