Demos against zero Covid policy: white sheets, equations and alpacas: this is how creative people in China are protesting against the system

Necessity is the mother of invention, they say. 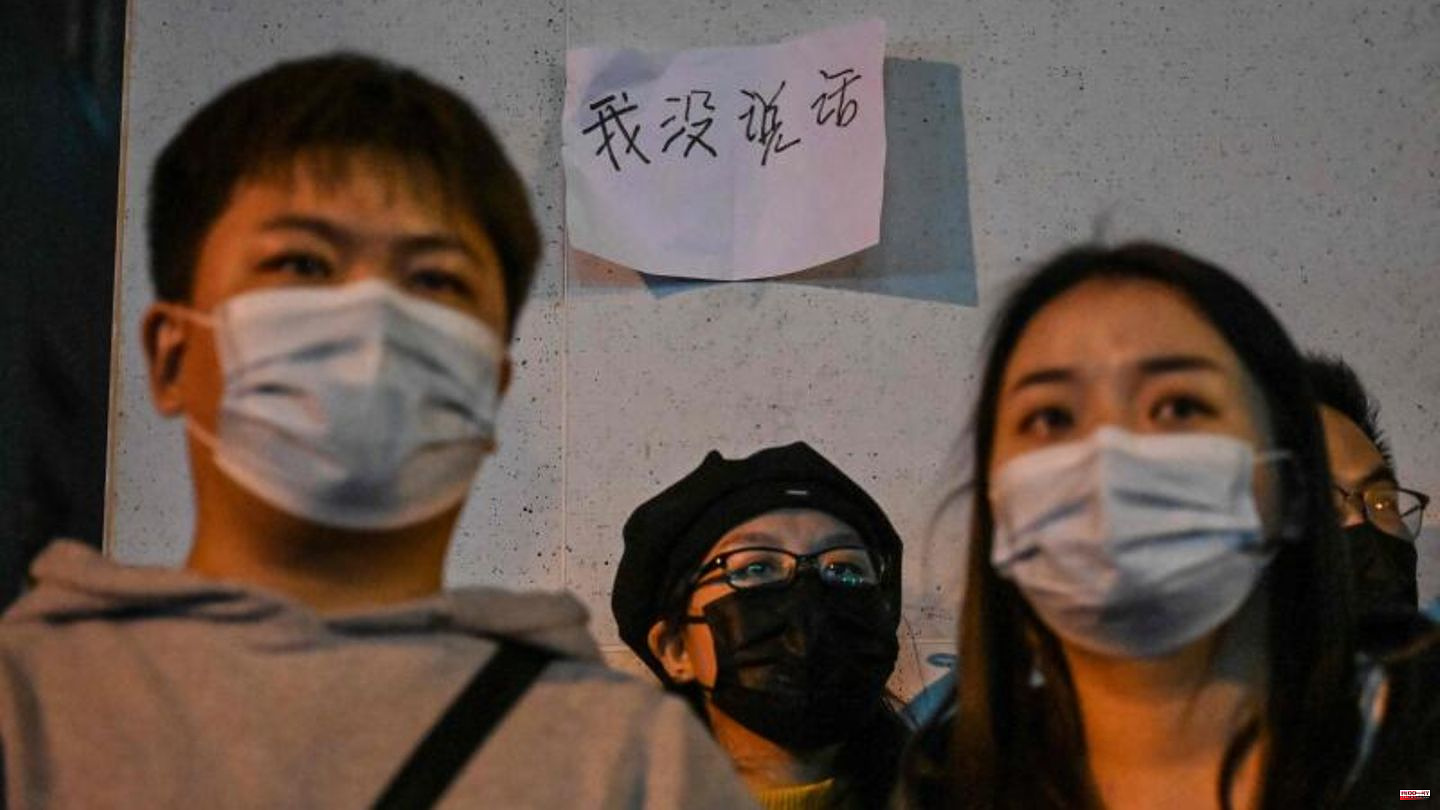 Necessity is the mother of invention, they say. A look at the current protests against the strict zero-Covid measures in China shows the truth in the saying. In a country where the government thinks little of free speech, let alone criticism, people are forced to resort to more subtle methods. Images from Shanghai show women and men holding up white papers as a silent protest against censorship at a vigil. In Beijing, students demonstrated with an equation painted on them that symbolizes the words "free man".

A high-rise fire in Urumqi in the Xinjiang region, in which several people died, had simmered for months in the Chinese population overflowing. Many suspect that the strict corona measures have hindered the rescue of the residents. Out of frustration and anger about the curfews, forced quarantine, mass tests and the constant control with Covid apps, people in various cities have been taking to the streets for almost a week - the protests reached their peak at the weekend.

These are the largest demonstrations in the People's Republic since 1989. And it's also the creative and often ironic messages that make the protests so special.

The hashtag has been trending on Twitter since the weekend

Some even dare to write texts and symbols on their leaves. In Beijing, students at elite Tsinghua University held up signs emblazoned with Russian physicist Alexander Friedman's equation - describing the expansion of the universe - and his last name, like the words "free(d) man" sound. A demonstrator showed an exclamation mark on a red background: the sign used on the WeChat social platform when a message cannot be delivered.

Others are brave enough to speak out. "Unlock the lockdown" and "We don't want PCR tests, we want freedom," chanted the demonstrators in Beijing. Instead, when the police ordered the crowd to stop, they sarcastically demanded "More lockdowns!" and "I want to do Covid tests".

In the state-regulated social networks, where any criticism of the government is immediately deleted and punished, younger Chinese in particular are finding new ways to express their displeasure. True to the motto "false positive", they flood the web with posts full of Chinese characters for "yes", "good" and "right" in order to ironically evade censorship.

The creative and unusually broad protest for China not only reveals dissatisfaction with the restrictions that have been in place for almost three years, but also a deep dissatisfaction with the political system. "People are at boiling point because there is no clear way to end the zero-Covid policy," Alfred Wu Muluan, an expert on Chinese politics at the National University of Singapore (NUS), told AFP news agency. "People feel compelled to take matters into their own hands," said Yasheng Huang of the Massachusetts Institute of Technology on Twitter.

One scene that caused a stir on Chinese social networks was the image of a woman leading three alpacas on a leash across "Urumqi Road" in Shanghai. Jeremy Goldkorn, editor-in-chief of the independent media The China Project, shared the image on Twitter with the caption "The grass mud horse lives!" You have to know: "Cǎonímǎ", the Chinese word for "grass mud horse" - a kind of alpaca - is basically used as an insult and translated means "F*** your mother".

When the Chinese government began tightening Internet regulation in 2009, people posted pictures of alpacas, or "mud grass horses," on the Baidu platform to express their frustration at the censorship.

It is still unclear how the protests will develop and what consequences they could possibly have for the zero-Covid policy. What should particularly frighten the Chinese party leadership is the population's anger at the leadership. "Xi Jinping, resign! Down with the Communist Party," chanted some of the demonstrators in Shanghai, directly attacking the head of state and party. This brings back memories of the pro-democracy mass demonstrations of 1989, which were brutally suppressed by the military.

But the government doesn't want to let it get that far.

On Monday evening, a large police force prevented further demonstrations in several large cities, and online censorship was tightened. In Beijing and in metropolises such as Shanghai, Guangzhou and Hangzhou, there were crowds of security forces on the streets. In many cases, passers-by were stopped, had to identify themselves and show their mobile phones, which were checked for suspicious content or programs such as tunnel services (VPN) to circumvent Chinese censorship.

For many Chinese, this means being even more careful in the future and better concealing their messages. At the same time, the creative and often subtle forms of protest present the police with the difficulty of deciding on a case-by-case basis which actions cross the line.

"What should we be afraid of?" a man asks passers-by on the street in Shanghai, who are filming the scene on their cellphones. Above his head he holds a single flower. 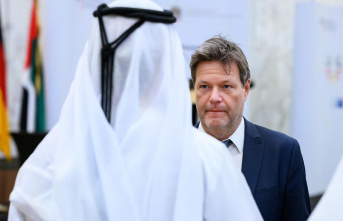