Adlib Ibiza has shone today on the 51st anniversary of its iconic catwalk, paying a heartfelt tribute to the Ibizan label through the 14 artisan and Mediterranean-inspired collections that have paraded in the Port of Ibiza, with the old town and the neighborhood of the Navy as a stage. 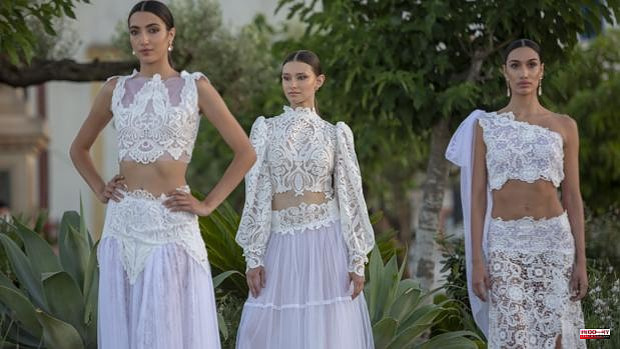 Adlib Ibiza has shone today on the 51st anniversary of its iconic catwalk, paying a heartfelt tribute to the Ibizan label through the 14 artisan and Mediterranean-inspired collections that have paraded in the Port of Ibiza, with the old town and the neighborhood of the Navy as a stage. A commitment to return to the essence of this fashion brand, with designation of origin and protected by the Insular Council of Ibiza, which saw the birth of the first Adlib Ibiza clothing workshops in this enclave, in which some of the great designers were trained. who have woven their history.

A date with the freest fashion and with the best taste in the world where the tradition, culture and history of Ibiza fashion have been valued, and in which the firms Ibimoda Ibiza and Ivanna Mestres have captivated the public with some proposals full of life and color with which they have celebrated their 25th and 10th anniversary respectively.

The national models Malena Costa, image and godmother of the brand, Nuria Rothschild, Lucía López and Paula Willems have defended in the Port of Ibiza the designs of Adlib Ibiza in which the essence of a global firm has been reflected in which noble fabrics, colors, elegance and the Mediterranean have been the point in common. Sandra Gago, Virginia Troconis, Martina Jaudenes, Javier de Miguel, Miriam Pérez, Mayte Gálvez or Samantha Jiménez have been other personalities from the world of fashion who have also attended this meeting.

This meeting with fashion has had Grupo Mambo as main sponsor. The Balearic Islands Port Authority and the Ibiza Town Hall have also collaborated with this event, along with companies from the island such as Hotel “The Ibiza Twiins”, from Grupo Sirenis Hotels

The first block of this

'ARTEmporal' has been the proposal of Estrivancus, where the colors midnight blue and pine green have been the protagonists of exclusive and timeless footwear, accompanied by dresses made of natural raffia fabric and cotton guipure made with fabrics that belong to a private and exclusive collection of the designer Teresa Bermejo, pioneer creator in Adlib since its inception with her firm Cantonada.

Dolors Miró Ibiza, for her part, has chosen to extol the love she feels for the island of Ibiza and its people with 'Sentiment eivissenc', for which she has created a series of baskets designed to honor the purest essence and culture of the Pitiusas, while Espardenyes Torres presented 'Genesis', a collection of espardeñas inspired by traditional costumes, landscapes and the cosmopolitan, Mediterranean and Ibizan character of the island of Ibiza.

Ivanna Mestres has opened the second block with her 'Dancing with jellyfish', a dedication to the marine universe and, in particular, to one of its magical rarities: jellyfish, while the designer Virginia Vald has presented 'Kenia', a collection inspired in their trips made by the African continent and that extol the constant enrichment received thanks to the different cultures that coexist there. 'Timeless sunset' has been the proposal of Ibiza Stones, with which they have paid homage to the golden tones, pastel colors and brightness of what is known as 'the blue hour of Ibiza' and Piluca Bayarri has shown 'Ibiza Arcoíris' , a fusion of several of its collections, made by and for avant-garde and glamorous women.

'Prodigal daughters of Ibiza' has been the particular ode that Elisa Pomar has made to the magic and energy of the island, which has seen her born and grow, personally and professionally.

In this line, Monika Maxim Ibiza has presented 'Sargantana', a collection based on the lace and volumes of Ibizan dresses, where transparencies have stood out, while Ibimoda Ibiza has chosen to be inspired by the fields of Ibiza, in its coasts and in its sunsets with 'Estels'. The designer Tony Bonet has shown the garments of 'Yo fémina', a collection designed and intended for the bridal universe, and the closing of this 51st edition of this catwalk has been 'Brave hearts', the new proposal from Vintage Ibiza, made up of dresses boho-chic style with an island air.

The island of Ibiza has been the source of inspiration for a unique way of conceiving fashion since 1971, with a philosophy based on respect for the environment and the concept of slow fashion. A hallmark of craftsmanship that has come a long way since more than 50 years ago, when the first hippies took the traditional clothing of the island and fused it with fabrics and styles from around the world. Today, Ibizan fashion has carved a niche for itself by inspiring the best designers and bringing together feminine and masculine proposals, such as those on this catwalk, in which personalized garments and accessories have stood out, with unique touches from each designer. 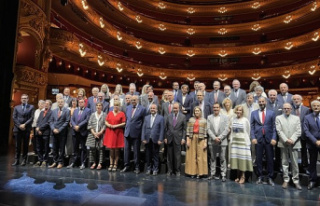 Opera air bridge: the Teatro Real and the Liceo create...