The former president of the Generalitat Valenciana Eduardo Zaplana has filed an appeal against the indictment in the so-called Erial case -in which the alleged collection of more than ten million euros in commissions derived from ITV concessions and wind farms is investigated of the Valencian Community - and asks for the case to be dismissed since, in his opinion, there is an "absence of objective evidence" of a crime. 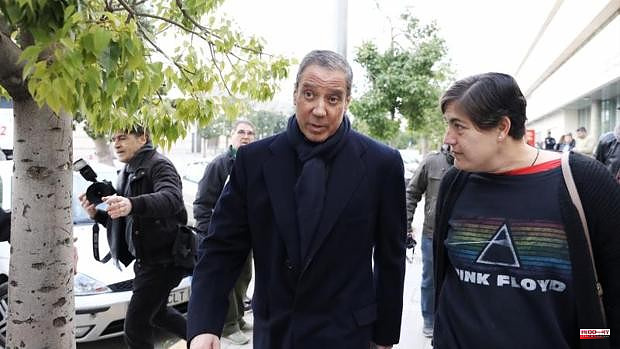 The former president of the Generalitat Valenciana Eduardo Zaplana has filed an appeal against the indictment in the so-called Erial case -in which the alleged collection of more than ten million euros in commissions derived from ITV concessions and wind farms is investigated of the Valencian Community - and asks for the case to be dismissed since, in his opinion, there is an "absence of objective evidence" of a crime.

The defense of the former Minister of Labor criticizes the instruction carried out by the head of court number 8 of Valencia, which, according to what he affirms, "has basically consisted of joining the different investigations carried out by the Civil Guard, by its own initiative, which proceeded to take the statements that seemed appropriate and on the lines of investigation that said police force considered, without a hint of entrustment or judicial control and, of course, without allowing the defenses to intervene in them.

“In this way we have witnessed a purely police instruction in which there has been no other initiative than that of the acting force,” he adds.

In his appeal, Zaplana's defense insists that, "during the entire investigation of the case, the representation has had to wait silently for the Court to see fit to allow access to the police investigation once it was concluded and already formed several volumes of which we were given transfer, after summons to that effect ». "We never knew what the Civil Guard was investigating, if they had new reports to present or statements to take, except for some leak in the press," he dislikes.

In this way, it stands out, after a "delegated instruction" in the Benemérita, "in which the intervention of those investigated has been prohibited and in which it has been avoided to carry out proceedings on the essential elements of the accusation (the adjudications of ITV or the wind plan or the beneficiaries of the funds from the accounts abroad), a hasty, messy and confusing self-transformation is dictated ».

And it is done, the letter expresses, "without the existence of other circumstantial bases to impute" Zaplana beyond the "previously agreed statement" of the supposed fiduciary in Uruguay Fernando Belhot and "the misnamed roadmap, indications that the instructor has refused to submit to contradiction» pointing to a new statement by Belhot or Marcos Benavent.

Likewise, it regrets that the contested order "takes the opportunity to deny the proceedings interested by the defense in a last attempt by this party to prove its absolute lack of relationship with the funds and companies located abroad or the irregularity of the contribution to the cause of the so-called roadmap.

Thus, he adds, "the instruction is closed hastily, depriving this party of the opportunity to propose alternative investigation procedures to the proposal and, even, the statement of the person under investigation."

The lawyer considers that in the appealed order "it is not possible to appreciate a chronological, thematic or subjective order, but rather pieces of a confusing story are mixed in which behaviors that can be classified as the different crimes imputed to each of the defendants.

At this point, it recalls that the legal basis of the appealed resolution is limited to two paragraphs "in which no legal reasoning that deserves this qualification is based or found."

Another part of the resource is dedicated to arguing the "absence of objective evidence" about the perpetration of the crimes imputed to Eduardo Zaplana. In this regard, he asserts that "it is extremely difficult to defend oneself against such an extremely messy and inaccurate story."

«If the story does not describe what the prevaricating resolution on the part of my client is, how can we defend ourselves, deny its existence or justify its legality? Of course, there is no resolution signed by my representative in relation to the ITV or the PECV, neither in the summary nor outside it. It is not possible for us to glimpse how Mr. Zaplana could be the author of said crime », he states.

The defense abounds in that, "in any case, there is no objective data in this case that allows Eduardo Zaplana to be linked to account movements outside of Spain." “Neither were there when he was admitted to prison, nor did they appear in the rogatory commissions issued to different countries, nor do they result after the enormous documentation examined from the entries and records,” he adds.

The defense reasons that only Belhot's statement links the former "popular" leader with the accounts of which the trustee himself appeared as the owner, a testimony that for Zaplana lacks credibility, among other reasons, for having "an obvious exculpatory purpose, of fact is exculpated by virtue of the pact with the public prosecutor».

This "lack of evidence or solid indications" is "excused", always according to the account of the appeal, in that Zaplana's actions were "veiled".

«Mr. Zaplana has a totally moderate wealth taking into account the income declared to the AEAT and that he has not had financing from unknown sources. The expert report provided by this defense demonstrates with absolute rigor and detail how he financed and paid for each of the properties that he has had since before dedicating himself to politics. His accounts are contributed to the cause and a detailed follow-up of his consumption can be made. If he has borrowed money from a friend to pay for a car or a tax, he received it by transfer, declared it to Congress when he was a deputy, and then returned it by check with absolute traceability. Where is the 'veiled' performance? », he wonders.

In conclusion, he concludes, "the long investigation carried out, far from confirming the possible indications that justified the initiation of the case, has served to certify the alienation" of Zaplana in relation to the award processes of the ITV and the wind plan and that "He was not the owner, authorized, proxy or beneficiary of the funds attributed to him abroad." For this reason, the admission of the appeal and the filing of the proceedings are requested.

1 Madrid opens the term to request the nursery check:... 2 Two people arrested for the robbery of a pharmacy... 3 Renowned Eldense chef Pablo Montoro reviews his career... 4 A documentary will offer a new look at the treasure... 5 The PP charges Ximo Puig for keeping Mónica Oltra... 6 LGTBI Pride Day 2022 in Valencia: when is it celebrated... 7 Calviño defends public-private collaboration to sustain... 8 UK will unilaterally change post-Brexit rules by introducing... 9 Revolution in the world ranking after deducting the... 10 Germany falls behind China as the top Russian energy... 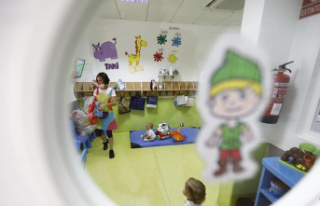 Madrid opens the term to request the nursery check:...