A documentary, which will be released in March 2024, will offer a new vision of the Guarrazar treasure -crowns and crosses that various kings of the Visigothic kingdom of Toledo offered as votive offerings-, discovered in 1858 in Guadamur and that offers many anonymous stories, according to explained this Monday its director, Javier Palomo. 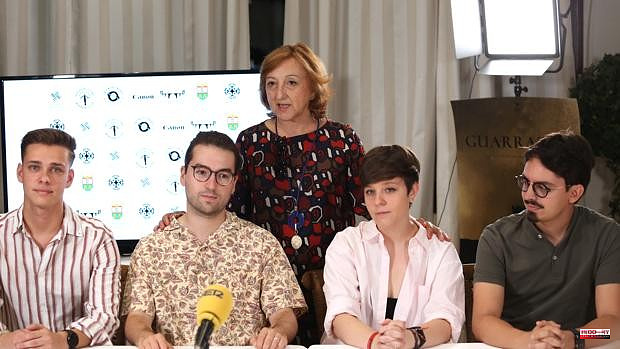 A documentary, which will be released in March 2024, will offer a new vision of the Guarrazar treasure -crowns and crosses that various kings of the Visigothic kingdom of Toledo offered as votive offerings-, discovered in 1858 in Guadamur and that offers many anonymous stories, according to explained this Monday its director, Javier Palomo.

Together with Andrés Lobo, head of sound; Sandra Latorre, producer; Álvaro Díaz, composer of the soundtrack, Marco Palacios, production designer and Judit Carrera, animation, all recent graduates from the Francisco de Vitoria University, the director of 'Guarrazar' has underlined that "history is still alive today thanks to people who maintain it”, among them, descendants of the two discovering families.

The project began to take shape after a visit by the director and Sandra Latorre to Toledo in the summer of 2019.

On a night tour of the city, the guide told the story of the treasure found in Guadamur, and they found it to be an exciting story, from its discovery to the present day. «It started as a short film project for the Final Degree Project (TFG) and due to different ups and downs we became interested and pulled the blanket. We had a story on our hands that the public is unaware of,” Palomo confessed.

"It was born 5 years ago in the Audiovisual Communication subject and it was gaining strength, speed, we have been very efficient and productive", added Andrés Lobo.

They then created the production company, Aladelta Films, and sought financing, continued Sandra Latorre. This Monday a collective microfinancing campaign was launched in Verkami, which will end in 40 days, and they are looking for public and private institutions to support the project. The Guadamur City Council, with a small budget, will contribute funds. They also have the collaboration of the Francisco de Vitoria University, Canon Spain (they leave the material for the recordings), the Montes de Toledo Association, the Royal Foundation of Toledo or the Guarrazar Treasure Interpretation Center.

The main objective of the film will be the dissemination of this surprising story unknown to most Spaniards. For this reason, 'Guarrazar' will seek that its informative and cultural content grant it adequate diffusion. In addition, the film seeks conceptual and audiovisual innovation through an avant-garde narrative and a treatment based on audiovisual spectacularity, with the intention of conveying its two main ideas: the importance of the treasure does not lie in itself, but in the people who maintain Live your history and legacy; and that everything that surrounds the treasure and its history contains a certain mystery and magic, existing a magical realism less than 100 kilometers from Madrid, according to the producers.

The project is very advanced and developed. Filming will be finished in a year and the documentary is scheduled to be released in March 2024.

The mayor of Guadamur, Sagrario Gutiérrez, "delighted" that this initiative is going ahead, has assured that the Guarrazar site is one of the main tourist attractions of the population. "Whoever can see it will invite them to visit Guadamur", she concluded.

1 The PP charges Ximo Puig for keeping Mónica Oltra... 2 LGTBI Pride Day 2022 in Valencia: when is it celebrated... 3 Calviño defends public-private collaboration to sustain... 4 UK will unilaterally change post-Brexit rules by introducing... 5 Revolution in the world ranking after deducting the... 6 Germany falls behind China as the top Russian energy... 7 As the Israeli ruling coalition marks its first year... 8 China and India are growing markets for Russian oil... 9 China's ambassador to Australia states that 2... 10 Experts believe that it was not confined enough due... 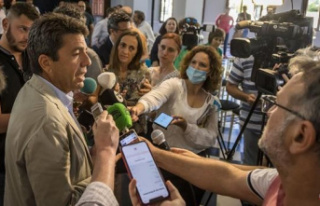