The cycle «Gastronomy with a star» of the Institute of Culture Juan Gil-Albert returns with a new session dedicated to the Eldense chef Pablo Montoro. 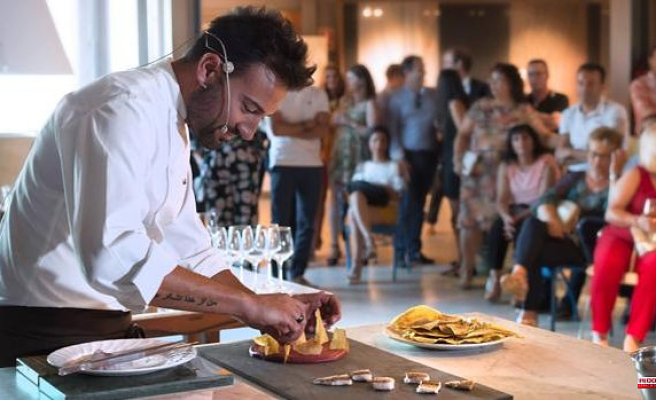 The cycle «Gastronomy with a star» of the Institute of Culture Juan Gil-Albert returns with a new session dedicated to the Eldense chef Pablo Montoro. Tomorrow, Tuesday, July 14, at 6:00 p.m., Casa Bardin will host this activity, in which the famous chef will take a tour of his professional career.

The vice-president and deputy for Culture, Julia Parra, explained that "we have the opportunity to learn first-hand about the trajectory of first-hand swordsmen who are helping to publicize the potential and value of Alicante cuisine as one of our main attractions due to its healthy properties, its products of the highest quality and a way of elaboration and very characteristic flavors that have gone around the world».

Knowing the excellence of local cuisine in all its aspects is one of the purposes of this initiative that proposes interviews and meetings, not only with restaurateurs who have won the coveted Michelin award or Soles Repsol, but also with winemakers, nougat makers and other ambassadors. of our traditional products. On this occasion, Montoro, who currently directs the Espacio Montoro and Moma Team in Alicante, will recount his journey from the beginning with Berasategui in 1997 to becoming one of the most cutting-edge establishments in the province.

In addition to his internships with the famous Berasategui, Montoro has passed through prestigious international kitchens such as El Bulli, Charlie Trotter, Hacienda Benazuza, the Sha Wellnes Clinic or La imprenta. But, in addition, his cuisine has been enriched with unique experiences around the world, such as his work on the yacht of a Russian billionaire, his participation in the television program Top Chef or his time as a professor at the Alicante CDT, among other practices . Among other opportunities, his position has led him to interact with leading international chefs and cook for celebrities such as Princess Beatrice of Orleans, model Naomi Campbell and actor Adrien Brody.

1 A documentary will offer a new look at the treasure... 2 The PP charges Ximo Puig for keeping Mónica Oltra... 3 LGTBI Pride Day 2022 in Valencia: when is it celebrated... 4 Calviño defends public-private collaboration to sustain... 5 UK will unilaterally change post-Brexit rules by introducing... 6 Revolution in the world ranking after deducting the... 7 Germany falls behind China as the top Russian energy... 8 As the Israeli ruling coalition marks its first year... 9 China and India are growing markets for Russian oil... 10 China's ambassador to Australia states that 2... 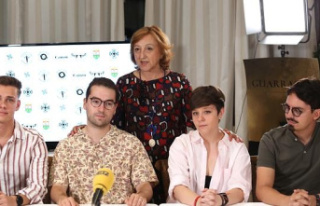 A documentary will offer a new look at the treasure...