This is not the first time that Jean-Michel Basquiat has been the victim of falsification of his work. 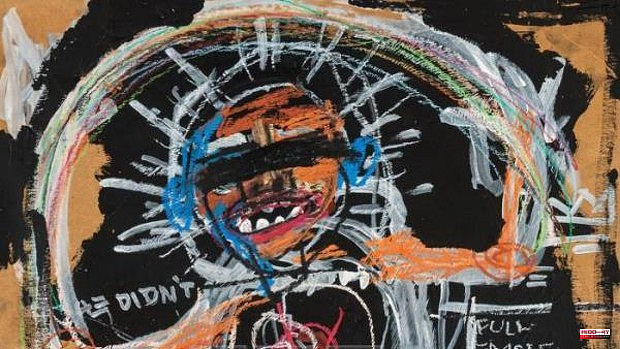 This is not the first time that Jean-Michel Basquiat has been the victim of falsification of his work. However, it is the first time that the FBI has been involved in the investigation. The Orlando Museum of Art presents the exhibition 'Heroes and Monsters: Jean-Michel Basquiat', where according to several experts and witnesses, the 25 works gathered are not the authorship of the American artist.

The Art Crimes team of the Federal Intelligence and Investigative Agency is examining the authenticity of the works, which, according to the museum's director, Aaron De Groft, were created on cardboard slabs that Basquiat found in the garbage in late 1982. when the 22-year-old painter lived and worked in a studio at the home of his friend and art dealer, Larry Gagosian in Venice.

Specifically, the self-portrait 'Crown Face II' is investigated, which was painted on a shipping box with the impression of the Federal Express company and in the exhibition piece contains a logo that FedEx used until 1994, six years after the painter's death Doubts about that painting have generated uncertainty about the other 24 exhibited in the Californian institution.

De Groft and the owners of the works have explained to 'The New York Times': "Basquiat sold the paintings for $5,000 to a now-deceased television writer, Thad Mumford, who put them in a storage unit and forgot about them. for 30 years, until the contents of the unit were seized for nonpayment of rent and auctioned off in 2012." The screenwriter's treasure was bought by William Force, an art and antiques dealer, and Lee Mangin, a retired salesman for $15,000. However, Gagosian noted that, "he finds that scenario of history very unlikely." Like the FedEx logo, there are multiple other pieces of evidence that cast doubt on the authenticity of the works.

The director of the Orlando Museum of Art, along with the president of the museum's board of directors, Cynthia Brumback, and the owners of the works, affirm that the basquiats are genuine and as evidence they cite statements from art world experts commissioned by the owners. For De Groft, the strongest proof of authentication is a poem written in 1982 by Thad Mumford, "the poem is almost like a receipt, it refers to the works, to the inscriptions on the paintings, to time", and before concluding He stated that he had no doubts about it.

According to the valuation carried out by Putnam Fine Art and Antique Appraisals, if the works were authentic they would have an approximate value of 100 million dollars.

The specific focus of the FBI's investigation and solutions are unclear, but it is a fact that the international sale of knowingly forged art is a federal crime and the museum faces a significant legal problem. 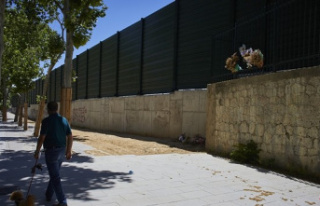 The new Memorial Center for the Victims of Terrorism...