The workers of three of the four Siro biscuit factories have said no to the competitiveness plan that the company proposed as an essential condition for the entry of new investors to alleviate the financial situation of the company, with a debt of around 300 million euros. 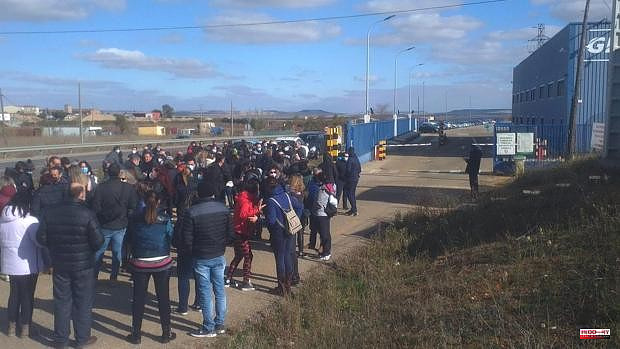 The workers of three of the four Siro biscuit factories have said no to the competitiveness plan that the company proposed as an essential condition for the entry of new investors to alleviate the financial situation of the company, with a debt of around 300 million euros. euros. The last to speak out were the workers at the Toro plant (Zamora), who, just as those at one of the Venta de Baños factories (Palencia) have already done - in the biscuit factory, are already proposing the closure to which they oppose the employees - have rejected the viability plan which, however, has been approved by the staff of the factory in the Palencia town of Aguilar de Campoo.

In this way, the future of the biscuit group is now up in the air and yesterday it limited itself to saying that it would analyze the situation, while it told the workers' representatives that it will now be the investment partner who will make a decision on whether to enter or not with an injection of 180 million euros and 75 percent of the shareholding to revive the firm.

The president of the Company Committee of Siro in Toro, María José de la Iglesia, explained yesterday that of the 273 workers of that factory who voted in the assemblies for the viability plan proposal, 204 spoke against, 65 in favor and four They voted blank. This, despite the fact that hours before the vote the intentions of the company to close one of the Venta de Baños factories were known, a possibility that was already being considered and that has not affected the decision of the workers of the Toro plant, according to De la Iglesia.

For the workers of the Siro factory in the town of Zamora, the viability proposal would mean an average reduction of 10 percent of their salary and would also prevent them from gaining seniority, so it is not only what is lost now, but what it will mean salary cut in the future, as argued by the body that represents its almost 300 employees, which admitted that the current competitiveness plan is "less aggressive" than the one that the company's management presented last January.

The staff is now awaiting the response of the company, which already warned before the workers' vote that if the viability plan was not accepted, the new investors would withdraw and the company would not have the capacity to continue with the factories open .

On the other hand, the negotiation with the Venta de Baños biscuit plant was still stalled yesterday after the workers rejected Siro's decision to close and its relocation offer. The first mobilization against this decision will be on Sunday in the city of Palencia.

From the Board, the Minister of Economy, Carlos Fernández Carriedo, insisted on "continuing to explore ways for an agreement" that allows saving the company, employment and productive activity "in all its locations" and showed the willingness to support the company , although he recalled that his current problem "does not respond to financial needs." In addition, the PSOE criticized that the "absent" president of the regional government "has not listened" to the workers and asked him to get involved in the search for solutions. Finally, the Citizens Attorney, Francisco Igea, yesterday requested the appearance of the Minister of Industry, Commerce and Employment, Mariano Veganzones, in Parliament and urged the regional executive to make known the destination of the subsidies that the company has received between the period 2018-2021 and that, according to what he said, amount to more than 5 and a half million euros. 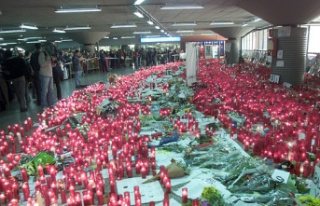