Madrid, the city where ETA members and jihadists have killed the most

The central government is now preparing to announce shortly the exact place it has chosen in the Atocha area to create a sub-headquarters in Madrid for the Memorial Center for Victims of Terrorism (CMVT), which was inaugurated just a year ago in Vitoria. 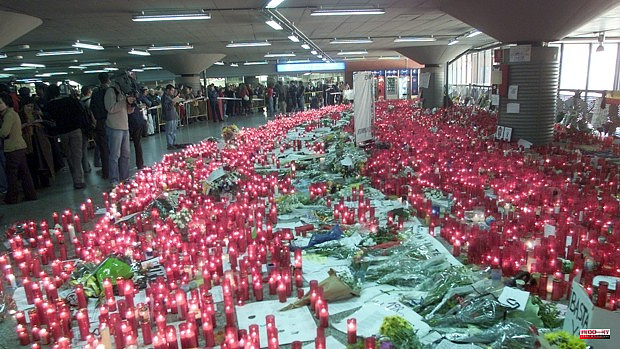 The central government is now preparing to announce shortly the exact place it has chosen in the Atocha area to create a sub-headquarters in Madrid for the Memorial Center for Victims of Terrorism (CMVT), which was inaugurated just a year ago in Vitoria.

The two types of terrorism that have plagued our country in recent decades, both ETA and jihadist, have hit Madrid like no other Spanish city or European region, respectively. Not surprisingly, the capital of Spain is where the most deaths have occurred due to ETA and where the most lives have been claimed by Islamist radicals: 120 and 210, respectively. Up to 330 in total.

This is confirmed by official figures such as those detailed in the book 'Vidas rotas', by three experts in the field such as Rogelio Alonso, Marcos García Rey and Florencio Domínguez.

The latter was the president of the committee of experts that, at the end of 2014, began working to make the Memorial Center for the Victims of Terrorism a reality and currently chairs its foundation.

This work includes numerous data on the murders of the terrorist group throughout the country between 1960 and 2009, the year in which it committed its last fatal attack in Spain before announcing the definitive cessation of armed activity. During that half century, ETA murdered 120 people in Madrid alone, making it the Spanish city with the most fatalities caused by ETA members. They are followed by San Sebastián (95) and Bilbao (58). Fourth in this tragic ranking is Barcelona, ​​with 34. In percentage terms, the city of Madrid has been the scene of 14% of the murders caused by ETA in all of Spain, amounting to 857.

To that figure of 120 fatalities in the capital, three others must be added in different parts of the region, so the figure in the Community of Madrid rises to 123. However, the two provinces where ETA has caused the most deaths are Basques. The first, Guipúzcoa (319), followed by Vizcaya (212), which together account for almost two thirds of the murders perpetrated by ETA members in our country (62%).

More havoc than ETA has caused by jihadism in the capital with two major attacks. The first occurred on April 12, 1985, when a bomb exploded in the El Descanso restaurant, at the exit of Madrid on the Barcelona motorway (A-2), near the Torrejón de Ardoz air base, which was then shared by the Spanish and American armies. It was claimed by a radical Islamist group and left up to 18 dead and more than 80 injured.

But without a doubt the great jihadist attack not only in Spain, but in Europe, occurred almost two decades later, in 2004. In that fateful 11-M, up to 192 people died and more than 1,800 were injured by the bombs that exploded in trains that circulated through the stations of Atocha, Santa Eugenia and El Pozo del Tío Raimundo. Between one attack and another, the Islamist terrorists have claimed 210 lives in the city of Madrid alone. 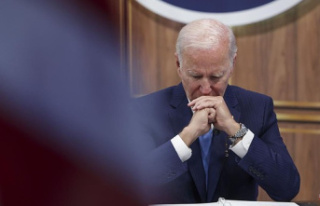 Biden still without guest list one week before the...