In an unusual way, less than a week before the president of the United States takes part in the opening ceremony of the IX Summit of the Americas, his team at the White House refuses to make public not only the list of invitees, but who has confirmed attendance or not. 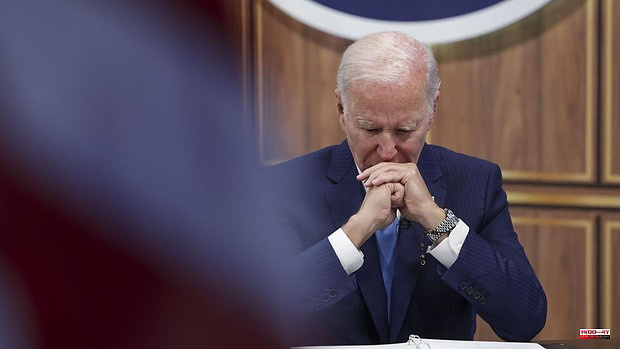 In an unusual way, less than a week before the president of the United States takes part in the opening ceremony of the IX Summit of the Americas, his team at the White House refuses to make public not only the list of invitees, but who has confirmed attendance or not. In principle, this summit, which is being held within the framework of the Organization of American States, is organized by the host, in this case the United States, and it should be a meeting of the leaders of the countries of North America, South America South, Central America and the Caribbean. However, the resistance of the president of Mexico to resort to his association with the dictatorships of Cuba, Venezuela and Nicaragua

has led the US presidency to put its plans on hold.

Something unprecedented in the history of summits organized by the White House, at this time it is not known which heads of state and government will be with Joe Biden and his wife Jill when they take the stage to preside over the official opening of the summit. at the Los Angeles Convention Center. Some leaders, such as Jair Bolsonaro, from Brazil, have confirmed their attendance. From Spain, the Foreign Minister, José Manuel Albares, will attend as an observer.

This Wednesday, two senior US officials spoke to the press to review the main points to be discussed at the summit, but repeatedly refused to answer the question of who the guests are, and whether there will be representation from the Cuban regime, a condition of the Mexican president to attend. They also did not clarify whether Juan Guaidó, the opponent of Chavismo, is invited as a recognized legitimate representative of the Venezuelan people.

Of the countries that send the bulk of irregular immigration to the US southern border, which is one of the worst crises for Biden, none have confirmed. The president of Mexico, Andrés Manuel López Obrador, threatens to send his foreign minister. The president of Guatemala, Alejandro Giammatei, will not attend because of Washington's criticism of his dealings with the justice system in his country. El Salvador's Nayib Bukele, who is also not close to Biden, has declared a state of emergency in his country due to the uptick in organized crime violence. The Honduran Xiomara Castro affirms that she keeps thinking about whether she will attend, although she is the one with the most options to do so.

Asked about the invitations to the dictatorial regimes of Cuba, Venezuela and Nicaragua, the head of Ibero-America in the National Security Council, Juan González, said that the Mexican president directly requested that Castroism attend the summit: «USA. The US and Mexico have spoken very closely on a number of issues. And the approach we've taken is to talk to the leaders of the region, talk to Mexico."

“Ultimately it is the prerogative of the host, it will be made in a final decision and we will announce it once it has been made. Is it a distraction from the summit itself? I do not believe it. It's hard, I think, to confirm something until it actually happens. But we really trust that the summit will be well attended, and that our relationship with Mexico is and will continue to be positive,” added González.

As ABC recently published, to avoid a Summit of the Americas without Mexico, the White House has offered the latter to extend an invitation to Cuban officials with whom it already has contact, such as the Deputy Minister of Foreign Affairs of Cuba, Carlos Fernández de Cossio, who was already in Washington for a meeting on migration at the end of April. More than 9,000 Cubans a month are arriving at the US-Mexico border, trying to apply for asylum. Every month, the border police detain about 150,000 without papers, according to data from April.

With the Maduro regime in Venezuela, the US broke relations in 2019, after Guaidó was recognized as interim president. When asked if Guaidó is invited, as he was already at the summit of world democracies organized by Biden in December, González, the White House official, has not responded.

"USA. they continue to recognize interim president Juan Guaidó as the legitimately elected president of the National Assembly, which was the last democratically elected institution in that country," he said. Even so, he has admitted, that “there are governments that have different points of view on some of these issues and we engage and consult with them. And, ultimately, the prerogative of the host is important, but we also want to facilitate a broad continental debate and we want to make sure that we are integrating all the points of view of the OAS members.” Guaidó's team also has a seat in the OAS as the legitimate representative of the Venezuelan people, and not the Chavista regime.

The ninth Summit of the Americas will take place June 8-10 in Los Angeles. In Mexico, López Obrador still insists that Biden must invite each and every one of the American nations, or suffer the boycott of a good part of them. Although the guest list is not public, last month the assistant secretary of state for Latin America, Brian Nichols, said that the US would not invite the regimes of Cuba, Venezuela and Nicaragua. Later, López Obrador, who is a partner of the three dictatorships, threatened not to attend, and indirectly invited the rest of the leaders of the continent to do the same. As he said in one of his morning conferences: "We are not here for confrontation, we are here to brother, to unite and even if we have differences we can resolve them at least through dialogue, listening to each other, but not excluding anyone, besides, no one has the right to exclude".

To the other summit of heads of state and government, held virtually in December, and in which threats to democracy were discussed, Biden did not invite the Salvadoran Bukele or the Guatemalan Giammatei. The Mexican López Obrador was invited, but he was absent and did not even send his foreign minister, but rather his ambassador in Washington, Esteban Moctezuma. 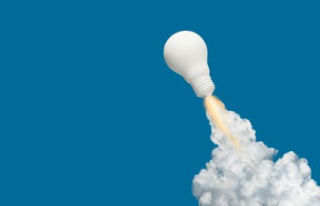 A tailor-made boost for startups to take off