The exciting media satire "A Thousand Lines" (theatrical release: September 29) by director Michael Bully Herbig (54) was inspired by the true incidents that journalist Juan Moreno (49) recorded in his book "A Thousand Lines of Lies" (2019). 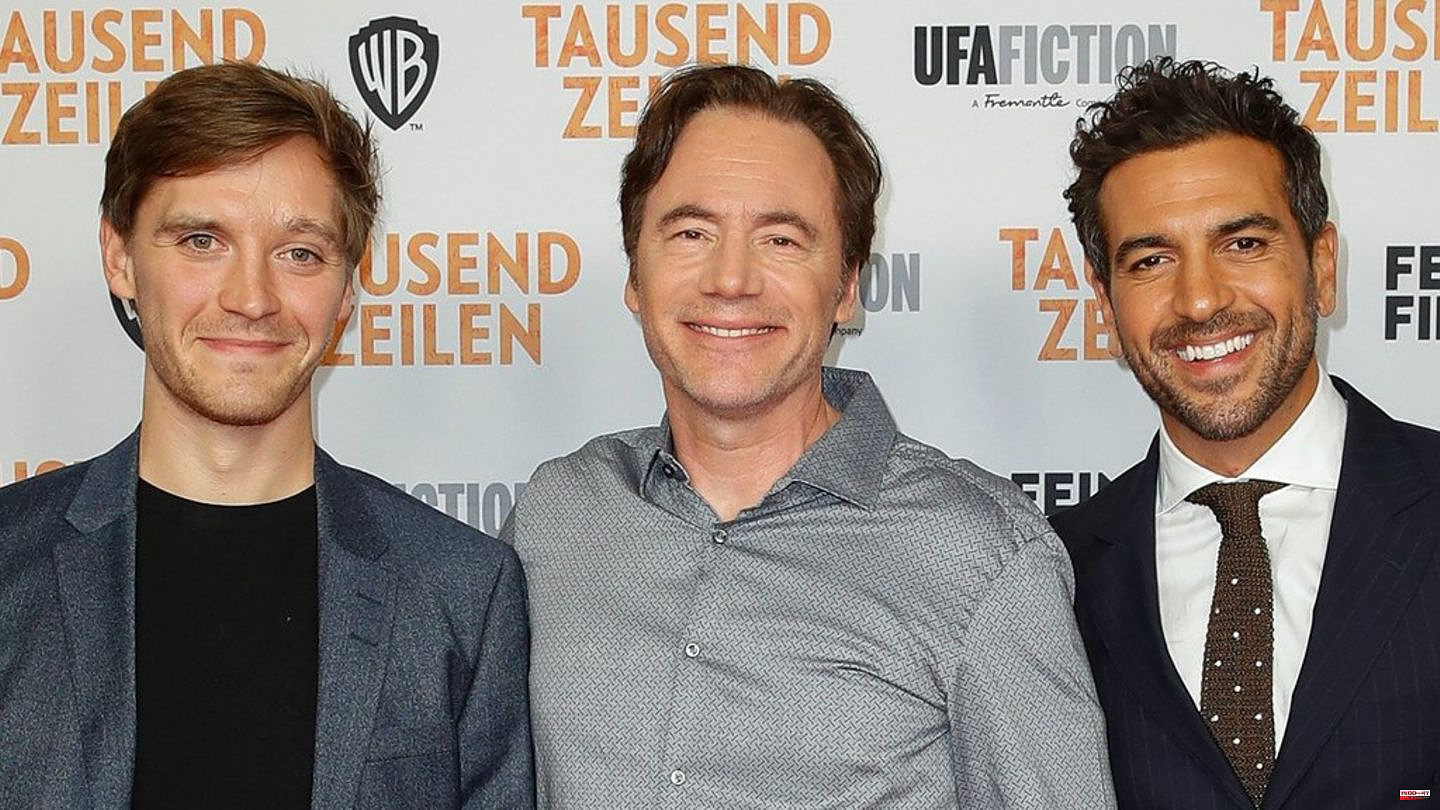 The exciting media satire "A Thousand Lines" (theatrical release: September 29) by director Michael Bully Herbig (54) was inspired by the true incidents that journalist Juan Moreno (49) recorded in his book "A Thousand Lines of Lies" (2019). . Moreno has been working for the news magazine "Der Spiegel" since 2007 and in 2018 revealed the manipulations of his former colleague Claas Relotius (36).

Bully made his film out of this investigative journalistic material. With him, freelance journalist Juan Romero (Elyas M'Barek, 40) discovers inconsistencies in a cover story by award-winning reporter Lars Bogenius (Jonas Nay, 32). Against all resistance, Romero begins to research and triggers one of the biggest German media scandals...

In an interview with the news agency spot on news, Bully explains what lessons can be learned from the real incident and what the open end of his film has to do with it. He also tells the film-historically interesting story behind the "little Easter Egg" for "The Shoe of Manitou" fans in his new film.

Michael Bully Herbig: The whole incident was real and in this respect it was already fodder for the "Lying Press" critics. My grandmother said to me as a child: "You don't have to believe everything that's in the newspaper." But it still had such a harmless charm, because you could hear: Yes, we read the newspaper, but sometimes it's really exaggerated. Before the internet and social media, most people were pretty good at figuring that out.

It's wilder today. Speed ​​plays a big role. Someone slaps out a headline, others take over without asking or doing their own research. When a bomb like this bursts at a major, reputable news magazine, it plays into the hands of the wrong people.

Bully: Yes and he is indispensable. If everyone only writes about their own truth, it becomes confusing. The film is of course satirical in a way and is meant to be entertaining, not moralizing. I would wish that people would leave the cinema and realize that even serious journalism itself was lied to. On the other hand, the invented reports have also fallen on fertile ground. I was interested in how an impostor can get away with it for so long.

Bully: This story shows that one person, reporter, journalist can cause a disaster. On the other hand, everything was also revealed by another journalist. That is also part of the truth. One can only hope that there will continue to be journalists and reporters searching for the truth, even when things get uncomfortable. Serious journalism has a great deal of responsibility, and it starts with the headline. When you make a headline so lurid and loud that it implies suspicion, it has an effect. That's where the misdirection starts, even if you really only wanted to attract the readers.

That's how our imposter in the film started. He wrote a report that was nice but boring. And then he noticed that if he changes a sentence or two, it becomes more exciting and suddenly people prefer to read it. And then the next time he does a little more and more and eventually a completely made-up report comes out. And if you then have the disposition to convince yourself that you are only doing what is asked of you, you are suddenly a storyteller and not a journalist.

Bully: That was the first idea I had when I heard about the incident and wanted to use the material to make my next film after "Ballon" (2018). I didn't know there was going to be a book by real investigative journalist Juan Moreno. I didn't know any details either. But I immediately had the style of the film in mind: two journalists vying for the attention of the audience.

I wanted the viewer to feel the same way as those around the impostor. As a rule, impostors are people who know their craft well and can manipulate others masterfully and wrap them around their fingers. I found that very interesting and wanted to implement it in such a way that as a viewer you start pondering who to believe.

Bully: I've shot a lot in Spain: "Der Schuh des Manitu", "(T)Raumschiff Surprise - Period 1" (2004) and we were there again for the "Bullyparade - Der Film" (2017). I told our producer relatively early on that we could shoot everything in Spain and not have to fly to Arizona, Cuba and Mexico on a motif tour during the pandemic. In the corner of Almeria, Andalusia, I could imagine most of it. I was curious about Cuba, but we actually found that in Spain. When shooting, we drove from motif to motif with the whole entourage like a traveling circus - everything worked great.

Bully: If you are looking for the motifs for the different scenes, you first send the location scouts out. Then you get photos and choose the corners that you look at personally on the so-called motif tours. And by coincidence, my production designer Bernd Lepel, with whom I have already made four films, showed me a level with a tree. I recognized the scenery immediately and said to Bernd: "You know what kind of tree that is? That's the tree from 'Manitu's Shoe'. That's where we shot the scene with the apple, the parody of 'Spiel mir the song of death'. There's no such thing as the tree still standing there. It was already very old when we shot there 22 years ago."

The tree, created from steel beams and plaster of paris, is from the filming of "Conan the Barbarian" (1982, starring Arnold Schwarzenegger). In the meantime it was a bit battered, but Bernd and his team were able to fix it up nicely. And so there is a little Easter Egg for "Manitu" fans in "A Thousand Lines" - but I won't tell you in which scene the tree can be seen.

Bully: As a teenager until my early 20s, I went to the Oktoberfest so often that I know every corner. At some point, however, I had to realize that you could still shout my name across the street with a blood alcohol content of four. Then it wasn't my thing anymore. I find it an interesting experiment that the Wiesn is taking place again this year. And I also think that after a long time it's really good to be able to celebrate a bit for the emotional state. Let's see how it is afterwards. Maybe I'll make my next film about it... 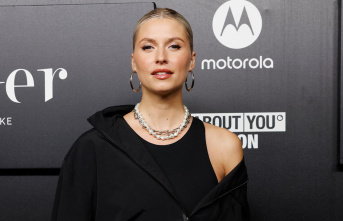