The shortage of wheat due to the war in Ukraine and the closure of the ports in this country is having an impact on the price of a basic food such as bread. 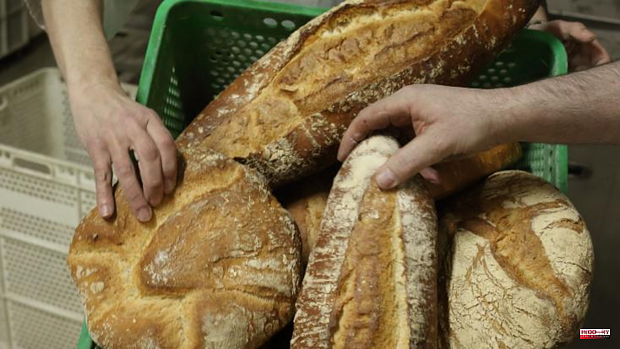 The shortage of wheat due to the war in Ukraine and the closure of the ports in this country is having an impact on the price of a basic food such as bread. The loaf of bread in Spanish establishments shot up 9.6% in May compared to the price registered in April. according to a report by Gelt. But not only bread becomes more expensive, but also other foods that have wheat or sunflower oil as basic raw materials. In addition, the rise in the cost of feed for livestock and the high prices of electricity and fuel are also filtered through to the rest of the basic goods that make up the shopping cart in the supermarket.

The data collected by the Gelt company confirms this nightmare for the consumer. The evolution of prices in the last month shows an average rise in the food and beverage basket of 4.5% in the month of May, which means, de facto, multiplying the rise in the CPI by more than five. Thus, while monthly inflation rose 0.8% in May, basic food products rose well above this rate, by 4.5%.

In this regard, José Luis Varela, Gelt's data manager, speaks of a difficult time for the family economy. «To the strong increases experienced at the beginning of the year, with price increases of around 20% in some products such as cereals, oil and eggs as a result of the war, the truth is that prices continue to register increases that are difficult to assume for the most adjusted economies, which gives greater importance to promotions and offers from brands", explains Varela.

It should be remembered that Ukraine is Spain's leading foreign supplier of corn and sunflower, and the fourth in wheat. Russia's blockade of the export of cereals and grains from Ukrainian soil has been added to the warlike scenario. To try to put an end to the incipient food crisis, the UN is negotiating an agreement with Moscow, kyiv and Ankara that will allow Ukrainian cereals to leave the country and Russian fertilizers to return to the international market. From Russia they continue to deny that the departure of ships with raw materials is being stopped and they blame Ukraine for paralyzing maritime transport.

A few months ago, the Informa DBK Sectorial Observatory warned of the impact of the war on the production of flour, bakery, pastries and cakes, pasta, and also beer. The war conflict is also having an impact on the prices of feed to feed cattle and chickens. From the employer's association they warned today of "a moment of maximum tension" and remarked that it has gone from an average feed cost of 300 euros/tonne during the last five years to being more than 500 euros/tonne in 2022.

1 CSIF and JUSAPOL demand that Sánchez fulfill his... 2 The food chain trembles before the possible carrier... 3 The poultry meat employer rules out the shortage of... 4 The difficulties of tourism to find workers extend... 5 Watermelon and melon become luxury goods for Spaniards... 6 De Guindos asks banks for "prudence" and... 7 The recovery of cotton 'made in Spain' and... 8 What happens if a chess player tests positive for... 9 “Quantum” continues like a steamroller leading... 10 Andrea Fuentes, from coach to heroine: rescued Anita... 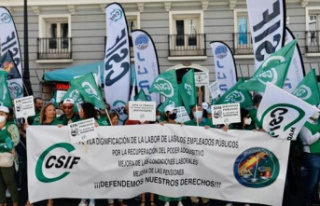 CSIF and JUSAPOL demand that Sánchez fulfill his...