The debate on the high prices of the shopping basket in a context of spiraling inflation in Spain has reached the Congress of Deputies today. 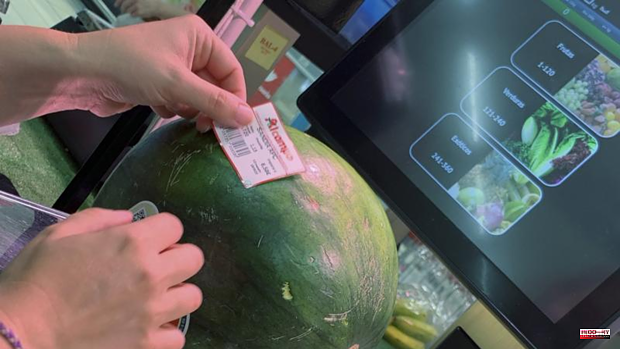 The debate on the high prices of the shopping basket in a context of spiraling inflation in Spain has reached the Congress of Deputies today. Specifically, in the control session, reference was made to the increase in the price of summer fruit compared to last year. The shopping basket, and especially the acquisition of fresh seasonal products, has become a luxury for many Spanish families. The truth is that food and non-alcoholic beverages rose by 11% year-on-year in May to mark the highest rate since the beginning of the series, in January 1994.

Within this item, the prices of fresh or refrigerated fruits rose by 8.7% compared to May 2021, according to data from the National Institute of Statistics (INE).

In this category, summer fruits such as watermelon or melon have become gourmet goods due to their high prices. In detail, from the consultant IRI they report an increase in the price of watermelon of 68.2% and melon of 29.4% in May of the current year compared to May 2021. Stone fruit also rose, such as case of the peach, which rose by 6.8% in the last 12 months.

Thus, fruits in general increased by 10.4%, that is, almost five points above the rest of fresh products. "By 'zooming' only in the month of May, we observe that prices continued to rise at the same rate as from January to May, although their demand suffered a greater decrease, of -2.4%", point out sources from the IRI consultancy . "Despite the currently high prices of fruits, their demand is not as affected as other fresh fruits, since consumers continue to consider them as an essential element in their usual shopping basket," they clarify from IRI.

For their part, the producers argue that the rise in final sales prices is related to the rise at origin. Factors such as the increase in the cost of packaging materials, energy or transport are behind the increase in the price of summer fruit and, in general, of the entire food basket. Added to this are various adverse climatic phenomena for farmers. For the Spanish Federation of Associations of Exporting Producers of Fruit and Vegetables (Fepex), the increase in the price of fruit is mainly attributable to the sharp drop in supply due to bad weather. “There is much less production and the demand has been high due to the high temperatures. First the frosts and then the heat wave have affected all the productions", he argues,

In the case of stone fruit, the frosts in April and May have caused a sharp drop in supply in the main producing areas. In this regard, the Afrucat Association of Catalonia assessed that in this campaign nearly 70% of the productive potential of peaches and nectarines has been lost due to frost and hail, with a final production of 165,550 tons. Aragon moves in the same percentages, with losses of 60 to 70% in peach and nectarine and reaching 90% in apricot, according to calculations by the Aragon Fruit Federation, Fedefruta. In Murcia it also rained a lot in May, a circumstance that affected the stone fruit. Apoexpa in Murcia valued that the production has been 20% lower than that of previous years

The average prices at origin of watermelon and melon from the Ministry of Agriculture, Fisheries and Food show around 49.49 cents of euros per kilogram for watermelon in the week from June 6 to 12, 2022 and 61.93 cents for the melon These prices are much higher than those recorded in the same week last year, when watermelons cost 20.79 cents per kilo and melons 32.17 cents.

Against this background, the ERC spokesman in Congress, Gabriel Rufián, today reproached the President of the Government, Pedro Sánchez, that a melon can cost 13 euros; a watermelon, another 12 euros, and half a kilo of cherries, six. "This can devastate you, us, any government and any leftist initiative," Rufián warned.

The rise in prices has led to a change in the habits of Spanish consumers. According to the "Global Issues Barometer" report by Kantar Insights, 68% of consumers say that, indeed, prices are rising very sharply. At the moment, the majority of households manage to deal with bills or basics such as food without problems, 69% declare this in regard to receipts and another 85% point in this direction in the case of the basket of the purchase. Where a slowdown in spending is being noticed is in items that involve a larger outlay, such as the purchase of a vehicle.

But, consumer habits are beginning to be modified. In this sense, four out of ten Spaniards have made or will make changes in their domestic economy to reduce expenses. In addition, a third part will modify behaviors that imply a respite for the wallet, such as, for example, driving the car fewer kilometers and saving on spending at gas stations.

The savings accumulated during the pandemic are also beginning to be diluted and one in four Spaniards will put limits on that money that they were putting into the piggy bank month after month.

1 De Guindos asks banks for "prudence" and... 2 The recovery of cotton 'made in Spain' and... 3 What happens if a chess player tests positive for... 4 “Quantum” continues like a steamroller leading... 5 Andrea Fuentes, from coach to heroine: rescued Anita... 6 Good feelings for Nadal in his victory over Wawrinka... 7 Manuel Álvarez, 100 years old, the most beloved of... 8 The Mini Jockeys School, a reality 9 The tribute of young people to Juan Sebastián de... 10 Arucas Oleaje Bodyboard Contest, the first scoring... 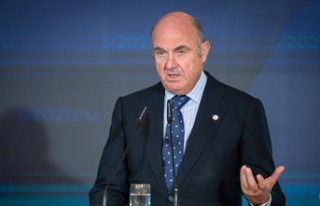