The food chain trembles before the possible carrier strike: "We cannot afford another strike"

The threat of a new strike in freight transport looms over the agricultural sector, hotels and restaurants. 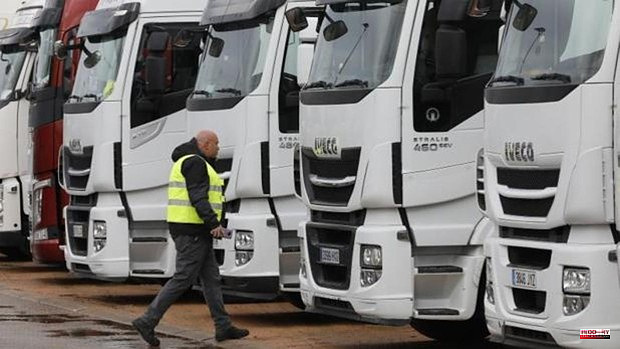 The threat of a new strike in freight transport looms over the agricultural sector, hotels and restaurants. Organizations such as Asaja, Coag, Anged, Aecoc and Hospitality of Spain have sent a statement this Wednesday in which they warn that Spain "cannot afford a new strike in the road transport sector" and warn of the "serious consequences" it would have a new protest on companies and consumers.

Agri-food companies have recalled that they provide an "essential service" that was recognized during the pandemic and that these days they are in the middle of the summer fruit campaign. For this reason, a transport stoppage in these circumstances would force a large part of the annual production of perishable food to be thrown away

. In addition, it would affect the external image of the sector. "The fact of not being able to respond to demand, in addition to being repeated, supposes a loss of prestige for the Spanish production sector that can result in the loss of export destinations," the statement adds.

Agricultural organizations recall that there is hardly any storage capacity for these perishable products, so the impossibility of transporting them would lead to “enormous product losses; thus increasing food waste with the economic, social, environmental and reputational effects that this entails».

The last affected in the chain would be the food distributors, who would be forced to close stores, thus increasing the pressure on the workers and consequences on the supply "sometimes, of entire towns."

"Even when the product cannot leave the cooperatives and the operation of the businesses cannot be guaranteed, stockists of origin, markets, industries or logistics platforms and all chain operators must face the payment of wages, contributions, taxes, agricultural and livestock inputs, maintenance of cold systems, etc., with economic losses in the millions. In fact, the threat of unemployment in December and the unemployment in March generated millionaire losses, “adds the text.

The agri-food sector also recalls that it is making a great effort to affect the rise in prices as little as possible to the consumer and that it has not yet recovered from the stoppages carried out by carriers in March. For this reason, from the industry they have demanded that the entire transport sector not "subject society to a new threat" and that they take into account the difficult situation in which the sector finds itself.

The small carriers have warned that they can resume the protests next month if the Government does not approve before June 30 the law that articulates that truckers cannot work below costs. Something that almost 100% will not happen, since the transport representatives and the ministry of the branch work with a horizon of July 31 to close the text. The National Platform for the Defense of Transport, the organizer of these protests, will vote on June 26 in an assembly to resume the protests.

1 The poultry meat employer rules out the shortage of... 2 The difficulties of tourism to find workers extend... 3 Watermelon and melon become luxury goods for Spaniards... 4 De Guindos asks banks for "prudence" and... 5 The recovery of cotton 'made in Spain' and... 6 What happens if a chess player tests positive for... 7 “Quantum” continues like a steamroller leading... 8 Andrea Fuentes, from coach to heroine: rescued Anita... 9 Good feelings for Nadal in his victory over Wawrinka... 10 Manuel Álvarez, 100 years old, the most beloved of... 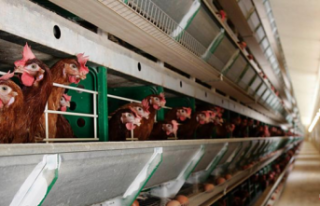 The poultry meat employer rules out the shortage of...