"How is it possible that clothes made in Spain are not made with Spanish cotton, but with imported cotton, if Spain is the second largest producer of cotton in Europe?" asks the co-founder of Socks Market Miguel Valero. 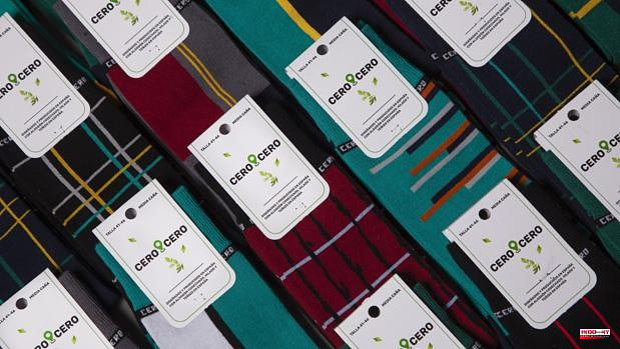 "How is it possible that clothes made in Spain are not made with Spanish cotton, but with imported cotton, if Spain is the second largest producer of cotton in Europe?" asks the co-founder of Socks Market Miguel Valero. The Spanish multi-brand store chain, specializing in socks, has made a commitment to recover cotton 'made in Spain' and, incidentally, recover the tradition of the Burgos town of Padroluengo, where before Globalization 70% of cotton was manufactured. of the socks that were sold in Spain.

Valero has branded as "rocambolesque" the situation by which 21% of all cotton in the European Union (EU) is grown in Spain and whose production is exported in its entirety to third countries such as Bagladesh or Indonesia where this material is processed premium and that Spanish factories must import.

“It is not that it is unsustainable, which it is, it is crazy that in order to reach an Andalusian field a reel that is placed in a factory in Burgos, the cotton has to travel thousands of kilometers around the world”, pointed out the representative of SocksMarket.

All this through a new own brand of '0 kilometer fashion' called 'Cero cero' and which is a tribute to the patterned socks of the 50s, the first golden age of Hollywood and which has a vocation for durability, through Reinforced threads in toe and heel. In addition to reinforcing the garment with flat seams. In this sense, Valero explained that of the 50 brands with which he works "more than 30 are national" and, for this reason, they have associated his new own brand with what he has described as "sustainable fashion and proximity".

From Socks Market they have vindicated the long textile tradition of Spain and, honoring it, they have looked for Spanish companies with which to elaborate this own collection. On this trip they have allied with several SMEs. "Cotton is grown in Andalusia, the spinning and treatment process is carried out in Catalan and Valencian spinning mills, how could it be otherwise, and the manufacture of the sock in a small town in Burgos called Pradoluengo", pointed out the co-founder of this chain of stores who recalls that before the relocation to places like China, 70% of all the socks sold in Spain were manufactured in this town of just over 1,000 inhabitants. In this way, he has pointed out that they fulfill a double objective: to make fashion more sustainable and to create employment in Spain. Regarding the first, they have pointed out that there is a significant reduction in the carbon footprint.

But, how are customers receiving the new cotton socks 'made in Spain'? Valero has pointed out that "the vast majority of customers realize, for the first time, that they had never been aware of the origin of the cotton they carry, nor of the thousands of kilometers it has traveled". In this sense, he has pointed out that there are reactions of surprise and pride among those who acquire these socks. In his opinion, all of the above, together with the greater awareness of the working conditions of many workers, leads them to conclude that "fashion made here with cotton from here is here to stay."

1 What happens if a chess player tests positive for... 2 “Quantum” continues like a steamroller leading... 3 Andrea Fuentes, from coach to heroine: rescued Anita... 4 Good feelings for Nadal in his victory over Wawrinka... 5 Manuel Álvarez, 100 years old, the most beloved of... 6 The Mini Jockeys School, a reality 7 The tribute of young people to Juan Sebastián de... 8 Arucas Oleaje Bodyboard Contest, the first scoring... 9 Vincent Riou analyzes the second edition of the Arctic... 10 Sua Moon, a 13-year-old girl in the semifinals of... 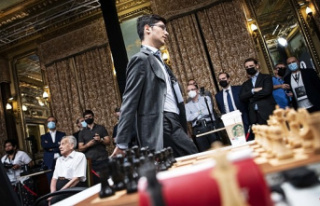 What happens if a chess player tests positive for...