The difficulties of tourism to find workers extend to travel agencies

Travel agencies are beginning to take off, after two years of a pandemic in which the Spanish have put trips on hold due to health restrictions. 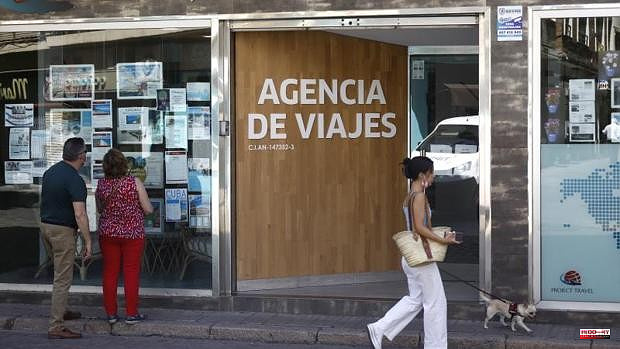 Travel agencies are beginning to take off, after two years of a pandemic in which the Spanish have put trips on hold due to health restrictions. The companies in the sector have been the most affected in the tourism sector, to the point of having been the first to benefit from the new ERTE of the Government. But they are finally beginning to see the light at the end of the tunnel, at least for the summer. The Corporate Association of Specialized Travel Agencies (Acave), presented this Wednesday the results of a survey that shows the path to recovery: more than 60% of the agencies asked predict that it will reach pre-pandemic levels this summer. In fact, 33% expect to beat the record year of 2019.

"The start of Holy Week was much better than expected, but in the last two months the sector has registered an unprecedented recovery that is allowing most travel agencies to definitively leave the risk situation behind", explains Jordi Martí, President of Acave.

A hopeful advance, as is also the fact that 80% of the firms surveyed have already removed all of their workers from the ERTE. However, other threats have reached the sector. Because the difficulties in finding workers that tourism is suffering, also spread to travel agencies. This is stated by 38% of the companies of the 450 that are part of this employer's association. “There has been a flight of personnel to other sectors, and the demographic pyramid does not help either,” explained Martí, while stressing that the strikes expected for different services this summer could also complicate the work of the agencies.

They are not the only threats that lie in wait for these companies. After a month of May where the 'boom' of reservations for the summer also extended to travel agencies, now, however, they are beginning to perceive a slowdown in reservations for the summer season due to increases in hotel prices, in addition to the war in Ukraine. 34.5% of agencies are noticing a drop in reservations due to inflation and 47% say they have noticed that reservations have slowed down while waiting to see how the conflict evolves before contracting the trip. In this sense, the worst stops are those that had an important niche with Russia and the countries of Eastern Europe. The sharp drop in activity due to the Russian invasion means that their forecasts for the end of the year are still between 5 and 15% below 2019 revenues.

All in all, the agencies hope that this demand, which is still resisting waiting to see how prices evolve and the war, will spill over into last-minute reservations. In fact, this is what a part of the receptive agencies expects. They expect most bookings to be made shortly before the travel date, at most 2-3 weeks in advance. For this segment, the survey identifies a proportion of reservations of 90% international and 10% national, highlighting in order the markets of France, Germany, the United Kingdom and Benelux, in addition, although to a lesser extent, the United States, since the trips of long distance continue without recovering.

However, Spain as an issuing market behaves differently. In this case, the long haul is preferred with the United States as the most chosen destination, followed by the countries of the Middle East. Outside our borders, Spaniards also choose European coasts and islands, European capitals, cruise ships, African countries and safaris. Further away and with less demand than previous years, there are countries in Latin America and the Asian continent, where many travel restrictions still weigh.

As for national destinations, Spaniards who hire their trips through agencies are betting this season in the first place on the Balearic Islands, followed by the Canary Islands and destinations on the Mediterranean coast, especially Catalonia and Andalusia. Next, the Atlantic coasts and rural tourism destinations are located.

However, there are doubts in the sector as to whether this recovery in demand for the summer is just a mirage and does not continue during the winter season. The warnings about the possibility of this happening are being reiterated among the main agents of the tourism sector. They fear that inflation could have repercussions on the families' decision to undertake second trips beyond September, as this newspaper has already anticipated.

1 Watermelon and melon become luxury goods for Spaniards... 2 De Guindos asks banks for "prudence" and... 3 The recovery of cotton 'made in Spain' and... 4 What happens if a chess player tests positive for... 5 “Quantum” continues like a steamroller leading... 6 Andrea Fuentes, from coach to heroine: rescued Anita... 7 Good feelings for Nadal in his victory over Wawrinka... 8 Manuel Álvarez, 100 years old, the most beloved of... 9 The Mini Jockeys School, a reality 10 The tribute of young people to Juan Sebastián de... 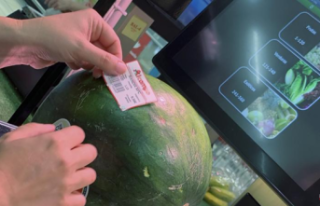