The disruption of 'pocket' nuclear reactors is already on the horizon

Innovation reaches the nuclear field with the aim of achieving economical, versatile and easy-to-manage solutions compared to the mammoth power plants that currently operate. 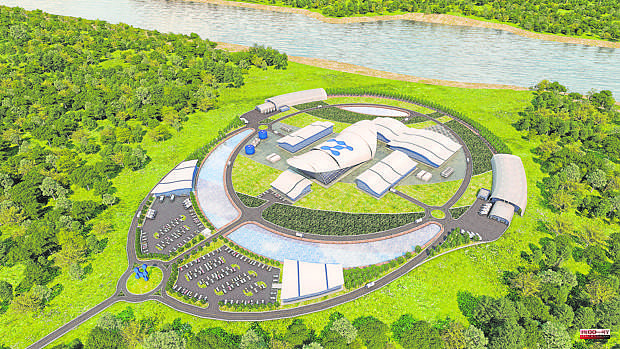 Innovation reaches the nuclear field with the aim of achieving economical, versatile and easy-to-manage solutions compared to the mammoth power plants that currently operate. And it is here that the acronym called to mark the future of the sector sounds strong: SMR, from the English 'Small Modular Reactors', that is, small modular reactors. A technology that has aroused the interest of the main world powers, who are already dedicating considerable public funds to advance their research, as well as private companies that have seen a succulent business opportunity... It is a red-hot race in which they coexist some very theoretical projects still in the embryonic phase with others more mature that are picking up speed like a formula 1.

So much so that experts are confident that, before the end of the decade, there will be models with a high level of sophistication operating in countries such as the United States, China, Russia, Canada, South Korea or the United Kingdom, the best positioned to date. date.

As its name suggests, one of the differentiating characteristics of this type of facility is its small size, which means that it provides less power capacity, up to 300 megawatts. Added to this is its modular nature, which allows units to be added to increase power if necessary. The nature of its design gives it a series of advantages. "They can be built in factories and then transported to their destination, while conventional nuclear power plants are built at their site and an entire industry must be moved there, with the consequent increase in costs," explains María Villa Alfageme, Associate Professor at the Department of Applied Physics II of the University of Seville. In addition to cost savings, the fact that they can be easily moved allows them to be installed in remote areas, with difficult access to the electricity grid.

Among its virtues, it also highlights a less frequent refueling time. According to the International Atomic Energy Agency (IAEA), small modular reactors may require refueling in three to seven years compared to one to two years for conventional plants. Villa Alfageme points out that another of its advantages is the possibility of reinforcing security with passive systems, based on physical processes such as convection, in which the human being does not intervene.

On the drawback side, the professor mentions that, due to their power, they cannot power a city like New York, although she recalls that this is not their task either, since the process of substituting energy from fossil fuels passes by the sum of different alternative sources. Francisco Calviño, Professor of Nuclear Engineering at the Polytechnic University of Catalonia, adds that SMRs are less efficient than a large reactor because they need a little more fuel to produce the same amount of electricity, a problem that is not as pronounced if only used to produce heat.

Experts clarify that small reactors have a long tradition, since they are used in nuclear submarines, but from those first models to the present, disruption has made its way at a dizzying pace. "A great development is being made in new approaches, closer to the fourth generation," says Calviño, who provides data: there are some 70 different initiatives, as reported in an IAEA study from last year. "That gives an idea that there is a lot of interest," he deepens. According to the predictions of this organization, some projects would come into commercial operation around 2030. And that is just around the corner, so there is no time to lose.

The great world powers are already working to place themselves at the head of a millionaire race in which Spain, with the exception of the Basque engineering company Idom, has been left behind. "The countries that are clearly choosing to develop SMR are the United States, the United Kingdom, Canada, China, Russia and South Korea," says Eduardo Gallego, Professor of Nuclear Engineering at the Polytechnic University of Madrid. They do not do it alone, but through alliances with companies.

The British Rolls-Royce, for example, is leading a consortium that has the support of the government of the United Kingdom and Qatar, as well as private investors, to create small modular reactors that could be ready in 2029. The American NuScale is another actor highlighted by receiving approval from the United States Nuclear Regulatory Commission two years ago, although its proposal is based on water cooling, the technology that is usually used in conventional power plants. The Argentine Carem reactor, of the same type, is one of the most advanced. Construction began in 2014 and it will have a generation capacity of 32 MW, enough power to supply electricity to a population of around 120,000 inhabitants.

Eduardo Gallego points out that these projects coexist with more disruptive ideas, such as the Natrium reactor, to be launched by TerraPower, founded by Bill Gates, together with GE Hitachi Nuclear Energy, in which PacifiCorp, owned by billionaire investor Warren Buffet, also participates, as well as the Department of American Energy. The proposed concept combines a fast sodium reactor with a molten salt storage system capable of producing 345 megawatts of electricity. “The advantage of fast reactors is that they make better use of nuclear fuel. And those of sodium can help reduce the inventory of high-level waste, "says the expert.

Not only business giants are betting on SMRs, but also emerging companies with an innovative base. Francisco Calviño gives the example of the Danish company Seadorg, which has had several rounds of financing and is developing a concept that would fall within the fourth generation of nuclear reactors and that uses molten salt. "The fuel would be practically dissolved in the molten salts, so that if there is a failure, as the salt solidifies, it prevents radioactive elements from escaping because they all remain in a block", emphasizes the professor, convinced that in less than one decade there will be reactors close to the fourth generation in operation.

The initiatives that are being worked on are numerous. However, they are not all at the same stage of development. In a generic way, they could be classified into modular water-cooled reactors and advanced modular reactors. "The first are based, to a large extent, on the nuclear reactors currently in operation and it is postulated that their construction could begin at the end of this decade or the beginning of the next", begins by pointing out Luis Enrique Herranz, professor of nuclear safety research and head of the nuclear safety research unit of the Center for Energy, Environmental and Technological Research (Ciemat). On the other hand, the so-called advanced ones are based on more innovative technologies with less tested refrigerants, such as liquid metals and molten salts, which still require research and, therefore, are projected on a longer time horizon », he says. An exception to this last group are the high-temperature gas-cooled modular reactors, one of whose designs has two units already in operation in China.

A train in motion that our country has let pass. Industry experts tell this newspaper that despite the fact that Spain participates in various research projects, if there is no certain stability that guarantees investors, it will be difficult to attract capital for the development of projects here. They praise the formula adopted by the United Kingdom, whereby if a company invests a certain amount of money in an SMR project, the State undertakes to invest an aliquot part.

On the other hand, they think that if there were ever to be small modular reactors in the national territory, they would probably be the designs of the leading players in this segment. "Until they have them operating, I don't think anyone here wants to go ahead," they indicate. It should be remembered that Spain plans to close the entire nuclear park before 2035 while other countries such as the United Kingdom or France are relaunching their commitment to nuclear power, including the SMRs.

“If we are realistic, the future of electricity production has to go through renewables with a nuclear base and possibly that nuclear base has good support in the SMR because the fleet can be deployed little by little. The large reactors require 10,000 million euros each, a considerable effort for any company, while in the case of the SMR we are talking about a fifth or a tenth", concludes Eduardo Gallego, from the Madrid Polytechnic. Disruption enters fully into the nuclear sector, with many projects around small modular reactors, a promising technology in which governments and private investors have turned.

1 Statisticians are fed up with the criticism and denounce... 2 «The Algerians have a culture more similar to the... 3 These are the cheapest hours of electricity this Sunday,... 4 The Chamber of Spain awards the Chambers awards 5 The Supreme Court endorses the dismissals for insulting... 6 Sauces with rapeseed oil and muffins with palm fat:... 7 Héctor Grisi, a new Santander CEO to attack Mexico 8 Nearly ninety boats, from cruisers to dinghies, took... 9 Galerna, strong winds, weather window and storm for... 10 Rahm closer to his second big 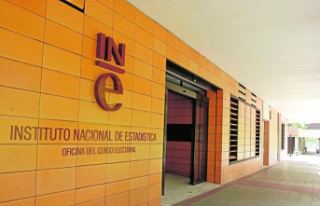 Statisticians are fed up with the criticism and denounce...