Galerna, strong winds and a severe storm have defined the second day of the J80 Spanish Cup, which is part of the City of Santander International Sailing Week, and which ultimately has been blank. 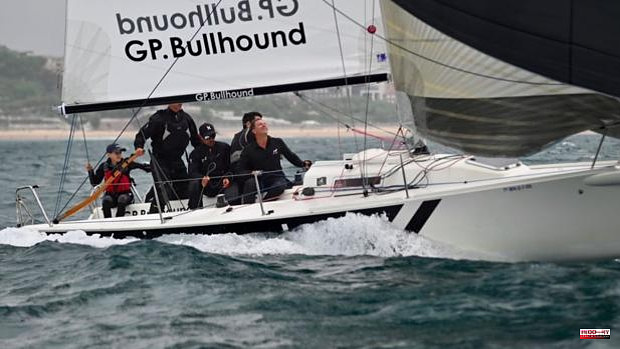 Galerna, strong winds and a severe storm have defined the second day of the J80 Spanish Cup, which is part of the City of Santander International Sailing Week, and which ultimately has been blank.

The almost 30 J80 units of the test organized by the Real Club Marítimo de Santander have faced the second day of regattas aware of the small weather window that the parties offered due to the possibility of gale and subsequent storms.

Sailing is a sport subject to wind and sea conditions, and despite the efforts of the RCMS Regatta Committee led by Ariane Mainemare to continue the established program, safety always prevails over any condition.

“The wind reports announced the possibility of a gale and it has been so. Safety is one of the principles that govern regattas and that is why with the arrival of the gale we have been forced to send the fleet back until 4:00 p.m., at which time the wind has dropped to 7:00 p.m. 23 knots West. Unfortunately the electrical storm and the wind changes have forced us to cancel the test of the day”, Mainemare pointed out.

The podium is open to many applicants and no one will miss the opportunity to write their name in the VII edition of the Santander City International Sailing Week on the final day.

Tomorrow, Sunday, the competition will close with the last day of regattas from 12:00 in the Santander pass. At 5:00 p.m. the awards ceremony is scheduled in the main tent of the Plaza de Las Farolas.

The City of Santander International Sailing Week is the legacy of the great Santander 2014 Olympic Class World Championship and the 2017 World Cup Final Series, and has the support of the Santander City Council, the Port of Santander, the Government of Cantabria, the Society , Lebaniego Jubilee Year, Sports Cantabria, IMD and V Centenary of the trip around the world.

1 Rahm closer to his second big 2 «In competitions we shoot in apnea and we can reach... 3 Aleix, in search of redemption 4 Deck, the engine that makes Madrid dream 5 Fernando Alonso embroiders it in the rain, Verstappen... 6 Students and Girona, a duel for promotion 7 2022 Candidates: Birthday Gift for Alireza Firouzja... 8 Barcelona will look for the eleventh this Sunday 9 «Akelarre», «Marmotinha», «Kohen» y «Biobizz»... 10 "Momo" and "Dix Aôut", champions... 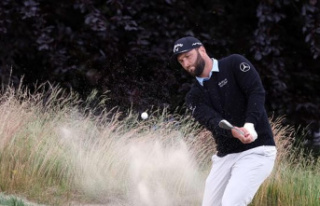 Rahm closer to his second big